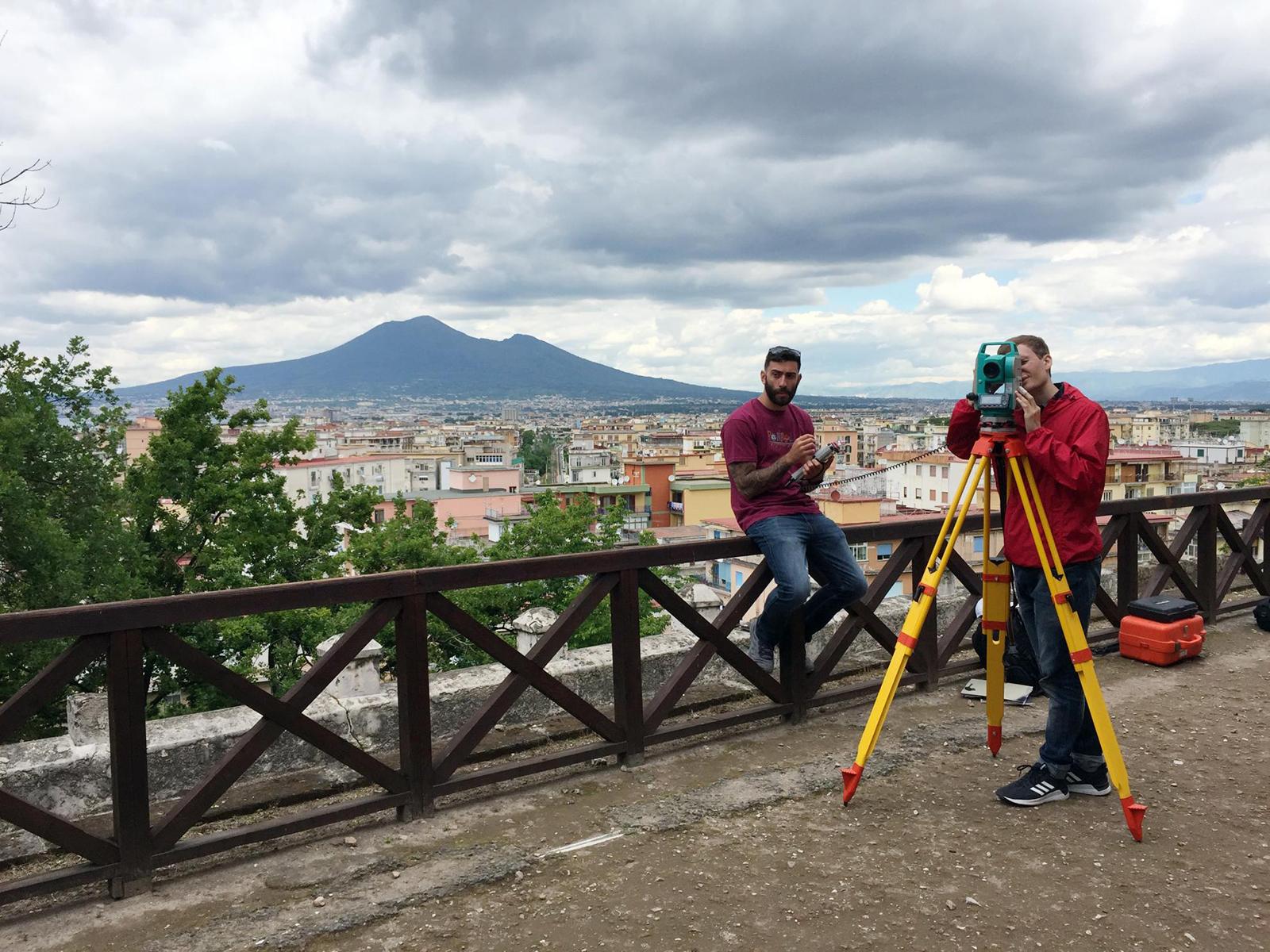 For 20 years, the University of Maryland School of Architecture, Planning and Preservation has been connecting students to one of the largest excavation sites in the ancient world: Stabiae, the ancient seaside Roman villas in southern Italy. Once the favored destination of the Roman elite, Stabiae was buried by over seven meters of volcanic ash with the eruption of Mount Vesuvius in 79 AD. Today, Stabiae’s hallowed ground is a tool for study, discovery, and practice for students and faculty from the University of Maryland, as part of Maryland’s founding partnership with the Restoring Ancient Stabiae Foundation (RAS). Students benefit from unique courses and hands-on site work to learn architectural recording and practice; using 21st century LiDAR technology, manual documentation and sketch notations, the Maryland team brings new life and understanding to Stabiae’s buildings, gardens and frescoes, preserving and enhancing its place in history for future generations.

| Explore our Education Abroad Program "Italy: Archaeology and Architecture in the Shadow of Vesuvius"

| See photos from Stabiae’s 2019 Summer Study Abroad, In the Shadow of Vesuvius