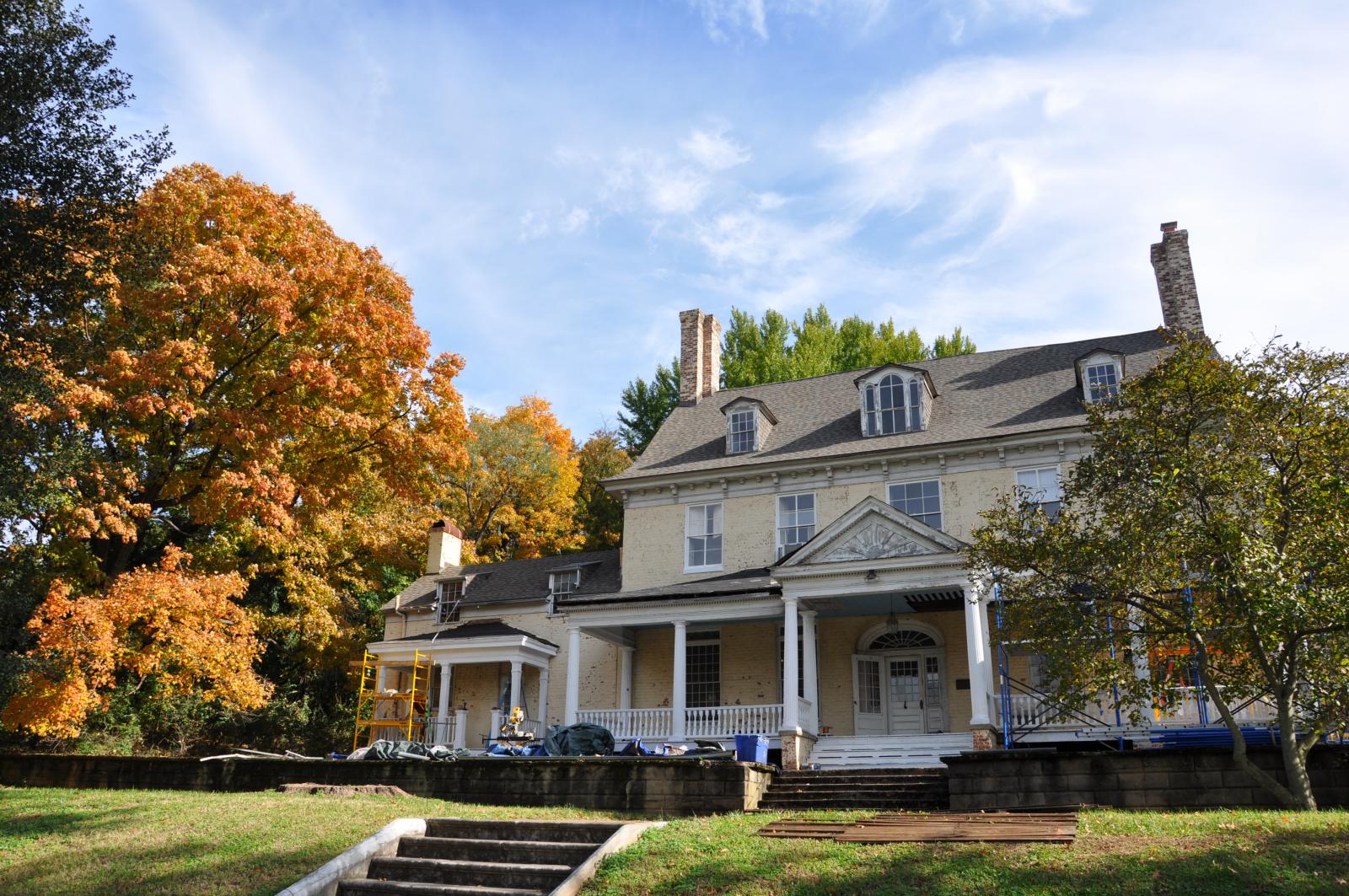 Bostwick is a historic eighteenth-century site located in Bladensburg, Maryland, that consists of an elegant Georgian-style main house, multiple outbuildings, and landscaped grounds.  Christopher Lowndes, a locally prominent, English-born merchant constructed Bostwick in 1746, and the house reflects the wealth and aesthetic tastes of Maryland’s colonial elite.  Strategically located on the Eastern Branch or Anacostia River, the town of Bladensburg was one of several small, but important, commercial centers in early Prince George’s County.  From the import and sale of dry goods, to ship-building and rope making, Lowndes’ various business ventures speak to the diversity of regional economic activity in the eighteenth-century Mid-Atlantic.  Christopher Lowndes also owned and traded slaves, and Bostwick represents an important part of the early African American experience in Maryland.

Over its 250 plus year history, Bostwick has witnessed many of the events that have marked the region – from the Battle of Bladensburg in 1814 to the arrival of the first railroad lines in the 1830’s.  Some of Maryland’s most prominent early families have lived at the house, further contributing to its rich history.  Today, this important structure is owned by the Town of Bladensburg; the Maryland Historical Trust holds a protective easement on the property.  In 2008, the Town of Bladensburg and the Historic Preservation Program of the University of Maryland College Park signed a Memorandum of Agreement allowing the preservation program to use Bostwick as a learning resource for the study of architectural history, preservation planning, and building conservation; in the process, the program is applying the knowledge and creativity of its faculty and students in developing a preservation plan for this historic property.