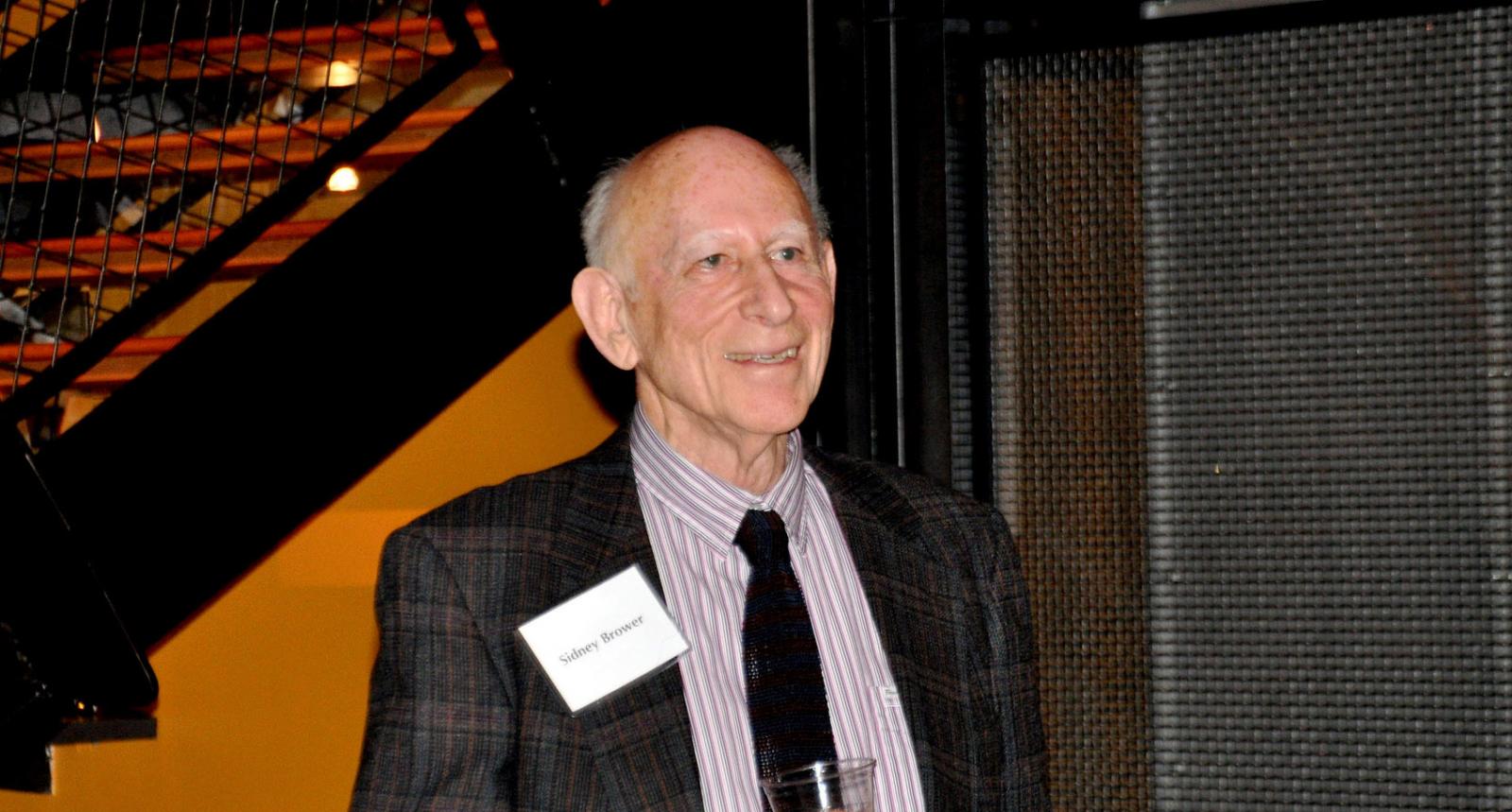 When Naka Matsumoto (Ph.D. ‘17) was pursuing her doctoral degree in Urban and Regional Planning and Design at the University of Maryland, she would often find herself gravitating to Roland Park, Maryland, a tree-lined suburb in the northern part of Baltimore, where professor Sidney Brower would meet her at the door of his home with a warm smile and an invitation for tea. Fresh off a day’s field work studying social relationships in Baltimore’s Greektown neighborhood, she would share with Brower what she had learned that day, a lively conversation between a curious student and an equally curious teacher.

“He was a good listener and showed great interest in what people in the field think and how they act,” recalled Matsumoto, now an assistant lecturer for Meiji University in Japan. “It was not just like a professor teaching a junior scholar. Rather, it was a pure curiosity he had in people.”

Sidney Brower made his livelihood studying community, but made a life building one. Known for incredible generosity, a wicked sense of humor and an untempered curiosity, he was a magnet for people, including students like Matsumoto, colleagues at Maryland, neighbors and friends from Baltimore and his native home of South Africa.

“Sidney was an ideal mentor and a teacher in the fullest sense of the word,” said Vikas Mehta (Ph.D. ‘06). “In Sidney, you could sense the humility that only comes with wisdom. His work reflected this as much. Sidney genuinely cared to know what people felt and thought about their contexts, settings and places. And he focused his work to understanding that, in order to makes neighborhoods and cities work better for people.”

Sidney Brower came to the University of Maryland’s Urban Studies and Planning Program in its infancy in 1979, one of just three faculty working out of small offices in Baltimore. As the program migrated to College Park and, later, to its permanent home within the School of Architecture, Brower was a constant, thoughtful presence until his retirement in 2011. A visual thinker with a background in architecture and the arts, Brower brought a very people-focused, “sensitive side” to the science and economics of planning, skills he used to study the relationship between people and the spaces they inhabit; his work produced countless writings and fueled three books on neighborhood design.

“He was very thoughtful about the kind of questions he would ask,” said longtime friend and colleague Professor Emeritus Howell Baum. “How did people see the design of streets and neighborhoods? Did it make them feel at home? Safe? For Sidney, it was about how people saw things, not how they should. It wasn’t a matter of principle, it just seemed reasonable to him.”

“I really valued what he brought to the program because it was so different from what I could,” said Professor Emerita Marie Howland, who credits Brower for helping her establish a long-running study program in St. Petersburg, Russia. “He was always so easy to work with and was just a wonderful guy. People like Sidney were just supportive; it was never competitive and I didn’t always feel that in academia.”

Colleagues agree that Brower brought a “boyish quality” and curiosity to the classroom. He was a true wordsmith known for his ability to get to the heart of discussions and convey complex concepts sincerely and simply. Longtime friend and colleague Uri Avin, who taught a planning class with Brower, considered him a “vanishing breed” in academia; Brower came to higher education not with a Ph.D. but as a practitioner, a rarity in today’s collegiate planning programs. Baum recalls having Brower speak in the final weeks of his class on communities and having students remark afterwards, “Oh, NOW I get it.”

“I think students loved him because he was accessible and he gave good advice and he was easy to follow,” said Avin. “He offered unique perspectives and had a focused, useful teaching style. He was also wickedly funny and so enjoyable to be with.”

Brower ushered many students through their graduate degrees and the Ph.D. process with kindness and support, regularly welcoming them into his home to share a meal and get to know his family.

“I was very fortunate to have had him as a Ph.D. advisor,” said alum Joe Costanzo (Ph.D.’13). “He was very encouraging and was supportive of my choice to complicate my life (and his) by doing a joint degree, and fieldwork, overseas. One of my fondest memories was from an afternoon spent with him at his home to share a lovely homemade lunch with him and his wife. This simple gesture, welcoming me into his home, sharing a moment of his personal time and personal life, is a precious memory.”

Sidney Brower grew up in Upington and Cape Town, South Africa, earning a Bachelor of Architecture from the University of Cape Town in 1953. He practiced architecture in South Africa until immigrating to the U.S. with his wife, Cynthia, in 1961, later obtaining a Master of City Planning from M.I.T. Prior to joining the University of Maryland, he worked for the Baltimore City Department of Planning. At Maryland, he taught, wrote and travelled, often with students. Upon retirement, he established the Sidney Brower International Travel Scholarship to support travel by graduate students in the Urban Studies and Planning Program. In addition to his charming accent, Sidney was known as a prolific and talented weaver and ceramicist, two hobbies that intensified in retirement.

“Sidney was a terrific friend and colleague and will be missed by many,” said Interim Dean Donald Linebaugh. “Sidney was the first person to greet me at the school when I arrived at UMD. I was new to the area and he made me feel so welcome, inviting me to his home for lunch and taking me on a tour of all the amazing historic spots in Baltimore. It was really special and, coming from someone who really knew the city, it gave me an appreciation and perspective I wouldn’t have gotten otherwise. I’ll never forget what a kind gesture that was.”

Brower is survived by his beloved wife of 59 years, Cynthia Brower and his two children, Katherine Brower (and partner Homayoun Solaimani) of Baltimore and Gideon Brower (and wife Marisa Kurtzman) of Santa Monica, California.

For information on how to contribute to the Sidney Brower International Travel Scholarship, visit the Giving Page.