‘A Multitude of Risks and Hazards’ 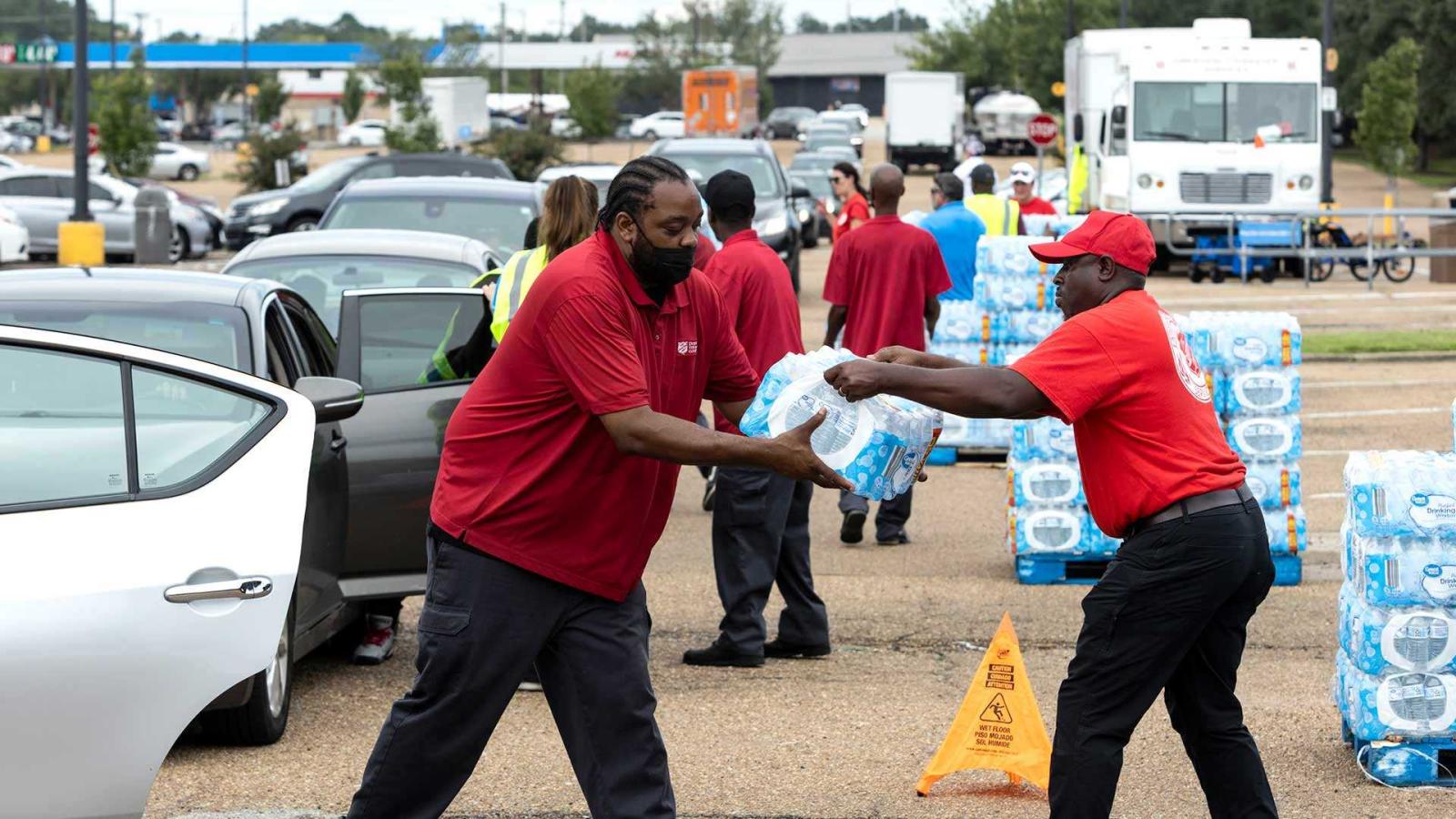 Image Caption
Residents of Jackson, Miss., went without reliable access to clean water for 40 days after the city's main water utility failed in August. Many depended on bottled water like that distributed at a Walmart on Aug. 31. Photo by Brad Vest/Getty Images.

For 40 days, residents of Jackson, Miss., had to boil water to brush their teeth, cook dinner or bathe after the city’s largest treatment plant failed. Schools in the state capital had to steer children away from unusable toilets or fountains, people lined up for 12 million bottles of donated water, and some hospitals had to pay to bring in tankers.

In a community where heavy rains had repeatedly overwhelmed the aging municipal water utility, none of these measures was a surprise. But the length of the burden on some 160,000 residents as well as businesses revealed just how fragile and neglected the infrastructure is. Last week, Gov. Tate Reeves’ announcement that the city’s boil-water advisory had been lifted came with a warning: “I do believe it is very important that we set expectations up front. While we have restored water quality, the system is still imperfect,” he said.

Marccus Hendricks, an associate professor in the University of Maryland’s School of Architecture, Planning and Preservation who focuses on storm water infrastructure, noted similar crises in cities that are majority Black, including Flint, Mich., or even the recent E. coli outbreak in West Baltimore. “We as a nation are experiencing infrastructure crisis, but chances are marginalized populations bear the brunt of that need,” he said.

Hendricks spoke with Maryland Today about the emergency in Jackson, the way climate change will continue to ravage underfunded communities and the future of American infrastructure.

What went wrong in Jackson?
Jackson’s pumping stations and dependent infrastructure and facilities have been in desperate need of repair or replacement. Some of the pumping stations that feed water into a water tank were failing and weren’t able to pump the water up into the water tower. When you lack sufficient water in the tower, you lack the pressure and availability to get water to households. Another factor was that they received some flooding, and the flooding added additional pressure and overwhelmed their wastewater treatment facility and other infrastructure.

How can other cities prevent a crisis like this?
How we got here is a matter of everyday routine practices that go unnoticed and underinvested in. Water infrastructures, at the neighborhood level particularly, are funded by local tax bases, so when individual communities and neighborhoods don’t have the tax base, that affects the money that they have access to in terms of improving, maintaining and rehabilitating infrastructure. It’s a complicated dynamic that involves both private and public sectors. We have poor-quality housing assessed at a lower value, and a lack of investment from private commerce that also impacts the tax base and neighborhood wealth. All of that together impacts the ability for communities to fund their infrastructure.

How does climate change exacerbate this problem?
Black communities and other low-wealth communities have been living with water issues and the threat of flooding for a long time now because they’ve (often) lived in low-lying areas and flood plains. Climate change is bringing more frequent and intense rainfall and sea level rise, which will ultimately exacerbate the challenges they’ve already been dealing with. Couple that with the fact that our infrastructure is in disrepair—it’s further culminating in this multitude of risks and hazards.

What roles have individuals taken on when governments do not maintain their infrastructures?
Some of my early work in Houston was looking at roadside open ditches—a type of system that helps manage storm water. Routine maintenance was the responsibility of the adjacent property owner. You see particularly in marginalized communities that don’t have the voice and agency and network to reach out to the city, they’ve taken the issues into their own hands in terms of cleaning, maintaining, and being engaged and involved in these issues. Other communities may have the agency and voice to be that squeaky wheel, and get the level of concern and investment that’s necessary so they may not have the burden of being directly engaged in maintaining these systems.

There’s an opportunity for individuals to be involved, but it should be in the context of equity and justice and making sure that some residents aren’t taking on more burden than others. To the extent possible, we can compensate residents and maybe build a pathway for workforce development in terms of training, compensation and education to bring them on board in a more formal capacity.