When is “Neighborhood Change” Gentrification? It Could Depend How It Is Studied. 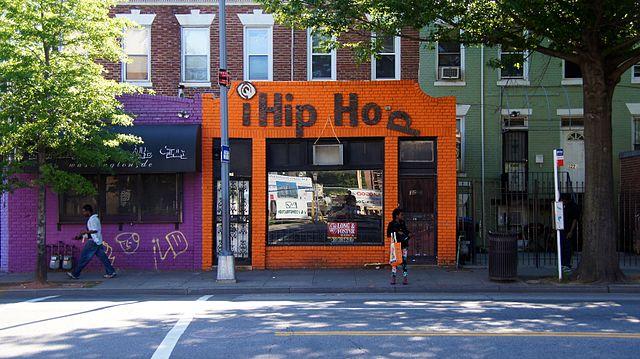 No matter how you define gentrification—from the sudden appearance of a corner Starbucks to the price of a one-bedroom apartment—for academics and policymakers, how gentrification is measured can ultimately determine which neighborhoods are targeted for certain policy interventions and which are not. The challenge, says doctoral candidate and Associate Director of UMD’s National Center for Smart Growth Nicholas Finio, is that it is rare that researchers define gentrification the same way, using the same metrics.

“[Gentrification] is a big concept,” says Finio, whose dissertation is centered on issues surrounding gentrification. “There have been hundreds of papers on the topic where many have used a different method. So, while there’s less disagreement in what it looks like in our cities and communities, there is a lot of disparity in how exactly to measure it.”

In a new article for the Journal of Planning Literature, Finio conducts a literary deep dive on the decades of research generated around this pressing urban challenge—from theories on what causes gentrification and how it is defined, to how it is measured and its enduring consequences The review offers an inventory and analysis of the quantitative methods used to measure gentrification in the past, with an eye toward informing future work.

Since the term gentrification was first coined in the 1960s, thousands of research studies have been conducted on the complex, multi-faceted issue. In his analysis of nearly 200 studies utilizing quantitative measures to examine areas within the United States, Finio reveals some interesting findings. Although gentrification and race are intrinsically linked, particularly in the U.S., very few papers considered race in their studies. The majority of studies also used arbitrary periods of time—typically 10 years, the time between decennial censuses—and geographical boundaries to gauge neighborhood change, not considering the rate or scope at which gentrification occurs. Despite being a complex issue, study gauges used to declare whether or not a place gentrified were sometimes simplistic, such as measuring the increase of a single variable. Across the board, scope, data, criteria and methodology varied widely, which ultimately can lead to very different results in identifying whether a neighborhood is gentrifying.

“In recent years several scholars have published papers which make the point that if you use different methods to gentrification, you get a different map of where it’s occurring,” Finio said. “For research papers that stay on library shelves, this may be inconsequential. But if it comes to the point of government action to combat gentrification through urban policy, where certain neighborhoods are targeted assistance to stop displacement or other issues, it matters. If one city—or even different agencies within a city—is using one set of methods and another city is using a different method, you get different answers and different areas to target, which could translate to a differential impact on people.”

Finio argues the need for two categories of quantitative data: demand, which includes social indices like education, income, race and family makeup; and supply, which focuses on physical neighborhood characteristics like housing values, number of abandoned properties and even Airbnb rentals. Less than 50% of the papers Finio reviewed included variables from both categories. Although not covered in his review, the integration of qualitative data, such as resident interviews and physical surveys, can uncover the unique community perspectives and tangible impacts missing from quantitative studies. Finio also points out such qualitative neighborhood-level data can reveal important findings that cannot be gleaned from higher-level average information derived from censuses and household surveys.

While no study area is alike, owing to the complex factors that shape neighborhood change, Finio says that a close examination of the advantages and limitations of past study methods can bring more consistency and impact in future conversations on gentrification. For someone studying the gentrification of a neighborhood, Finio hopes his paper can be a reference to point researchers and policymakers toward factors that, ideally, they should include when attempting to measure the phenomenon.

“We need more consistency in how we talk about and measure gentrification,” he says. “My hope is that this study, which connects theory to measurement, can increase methodological rigor.”