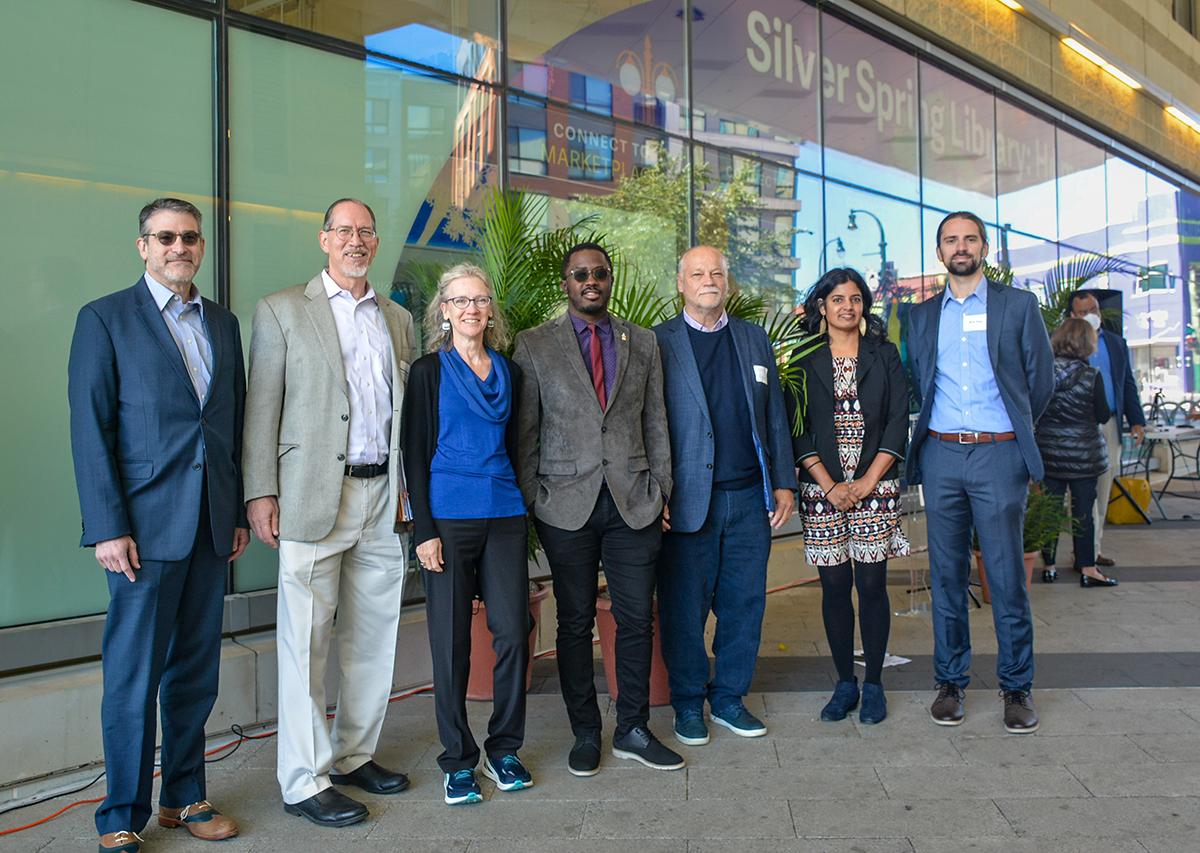 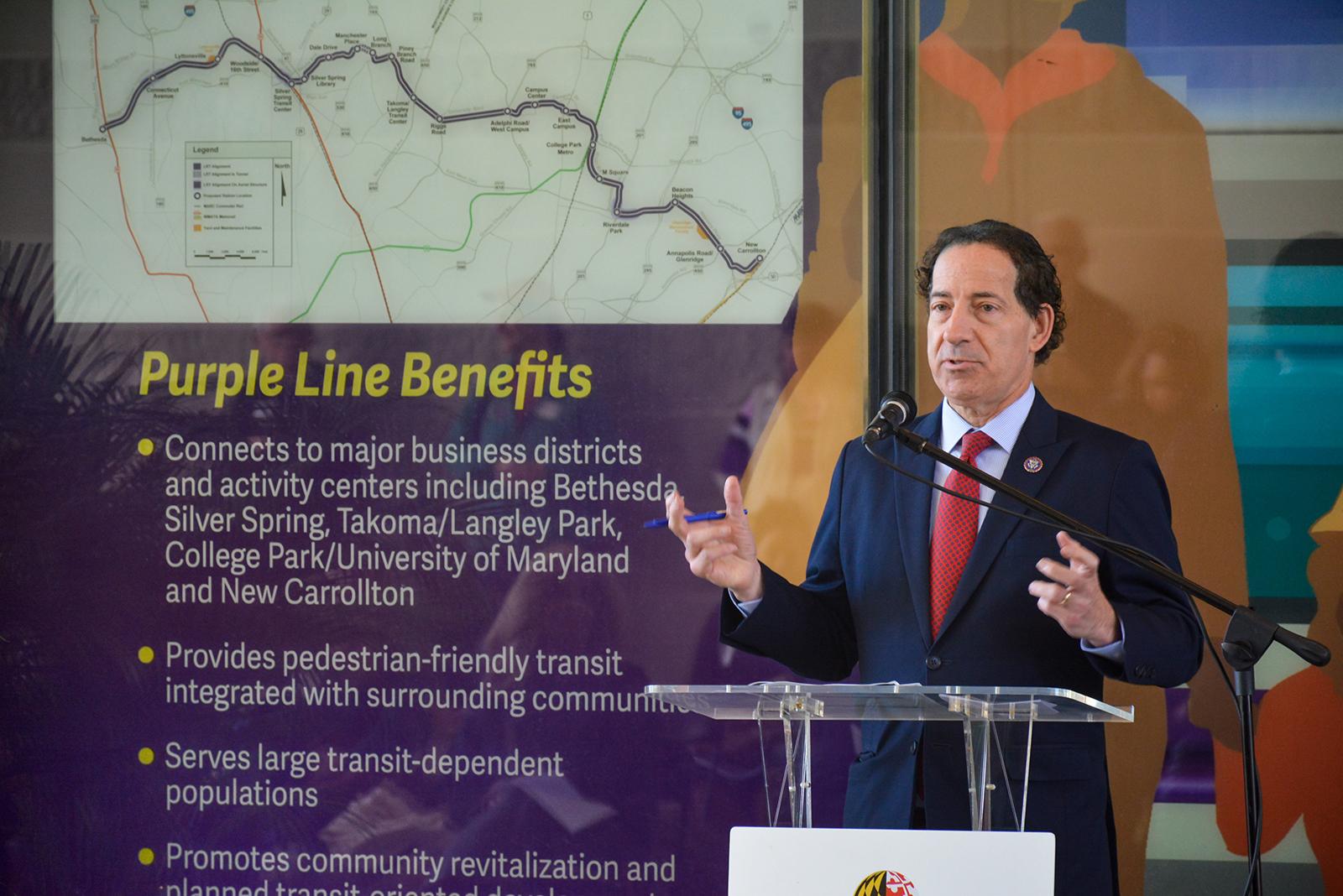 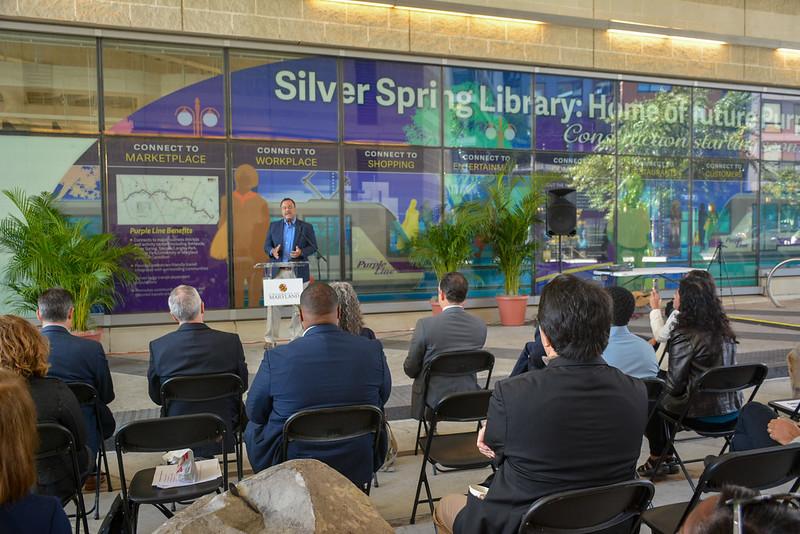 New affordable housing near transit stops, improved pedestrian safety and small business preservation along the coming Purple Line are needed to protect and strengthen the surrounding communities, according to a new report released Wednesday to federal, state and local stakeholders by the Purple Line Corridor Coalition (PLCC) and the University of Maryland’s National Center for Smart Growth.

Led by the center in partnership with the Maryland Department of Transportation and the Maryland Transit Administration, the report for policymakers is the culmination of a multiyear effort to advance equitable transit-oriented development ahead of the anticipated 2026 opening of the light-rail line. When completed, it will link Prince George’s and Montgomery counties, with five stops on or near the UMD campus and connections to four Metrorail lines.

“When I was a kid, transportation development was building freeways through people’s neighborhoods, displacing people and undermining the sense of community,” U.S. Rep. Jamie Raskin (D-Maryland) said at a news conference at a planned Purple Line stop in Silver Spring. “The Purple Line is the exact opposite. It will unify different communities in Maryland, from College Park to Bethesda.”

Developed through a grant from the Federal Transit Administration, the report analyses conditions and opportunities along the 16-mile corridor to recommend interventions ranging from targeted zoning changes around transit stations to new bike infrastructure that would connect surrounding trail networks.

“I am excited to help grow a vibrant corridor that supports current and future residents,” said Montgomery County Council Vice President Evan Glass. “As we look toward to the Purple Line’s completion, we must focus our efforts on providing residents and workers with increased opportunity, mobility and equity. We can do this, together.”

Large-scale transit investments can be an economic boon to the neighborhoods they serve, but often overlook historically marginalized residents and businesses already there. The report estimates that Maryland housing prices around proposed stations could increase by 12% for single-family properties, up to 9.2% for multifamily rental properties, up to 4.5% for office space, and up to 7.1% for retail space due to the impact of the Purple Line—increased costs that would potentially drive out people who live and work there today.

“Light-rail service has never been kind to low- and medium-income communities of color across the country,” said Prince George’s County Councilwoman Deni Taveras. “This is why the development of the PLCC strategy, along with the founding of the first Northern Gateway Business Improvement District in the county, work together with intentionality to prevent community displacement, and ensure that the fabric and richness of our ethnic communities do not change.”

The Purple Line will be Maryland’s first transit line to connect the spokes of the Washington Metropolitan Area Transit Authority system (Metro) and represents one of the region’s biggest transit investments of the 21st century. The PLCC, a public-private-community collaborative formed in 2013, has led the creation of the Purple Line community development agreement, supported community efforts with data and research, and coordinated action for inclusive and racially equitable development.

“With construction now at full force, our hope is that this report helps us refocus and re-energize as a community, at the grasstops and the grassroots levels, around equitable change,” said PLCC Director Sheila Somashekhar.

View all photographs from the event in this Flickr Album.