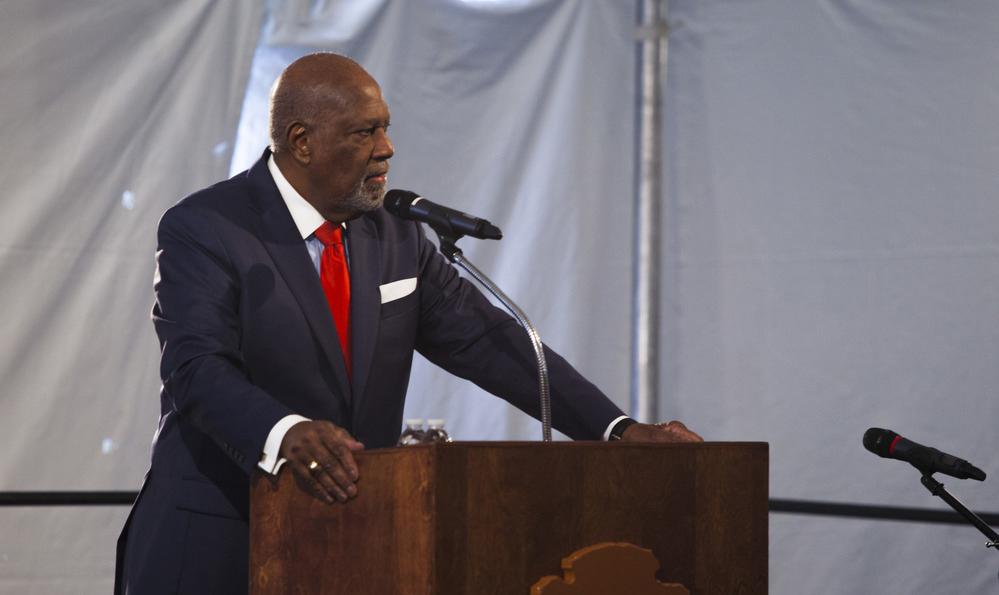 Former Director of the National Park Service Robert G. Stanton, whose work significantly expanded the diversity of protected historic sites across the United States, will deliver the school’s spring 2021 commencement address in May.

“Dr. Stanton is a true civil servant, a scholar and a gentleman, and we are honored to have him address our graduates,” said Interim Dean Donald Linebaugh. “His work to ensure that the full American Story is told through our protected places and spaces provides an incredible model for the next generation of practitioners.”

Robert G. "Bob" Stanton is a retired career civil service administrator who served for almost four decades in the United States National Park Service (NPS). Beginning as a seasonal ranger at Grand Teton National Park in 1962, Robert Stanton served the NPS as a ranger, superintendent, deputy regional director, assistant director (National Office), Associate Director (National Office) and regional director of the National Capital Region before retiring in January 1997. Later that year, Stanton was pulled out of retirement by the Clinton administration, which appointed him as the 15th director of the National Park Service and made him the first NPS careerist since Russell E. Dickenson to head the bureau and the first director to be confirmed by the U.S. Senate. From 2014 to 2020, he served as a member of the Advisory Council on Historic Preservation.

As the NPS’ first African American director, Dr. Stanton has taken particular interest in increasing the diversity of parks, the service's staff and public programs to better serve minority populations. Last year, Stanton was the Historic Preservation Program’s 2020 Marvin Breckinridge Patterson lecturer, where he discussed his work to reshape national efforts in preserving places for all people and diversifying our collective history. Watch his lecture here.