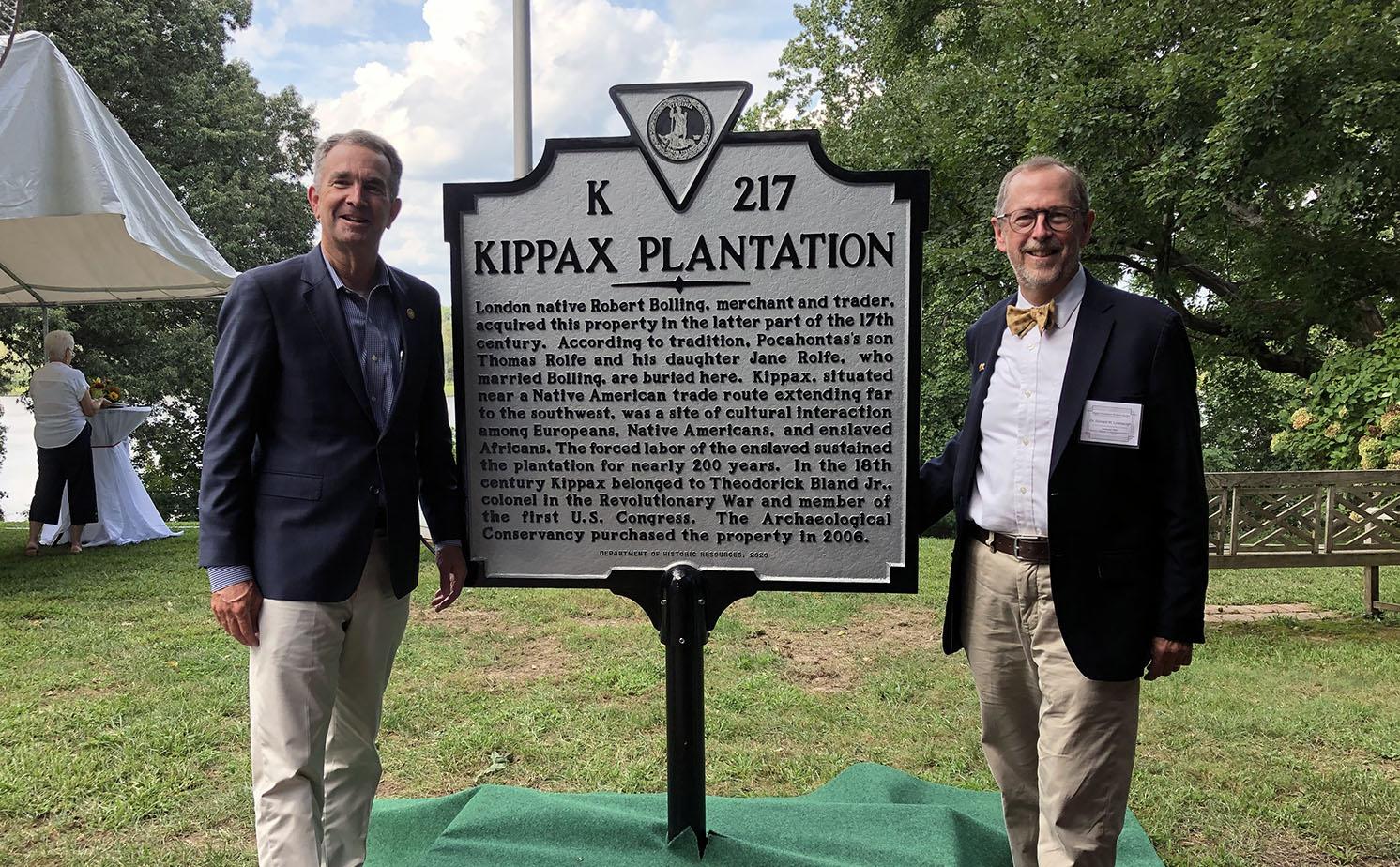 Virginia Governor Ralph Northam, lawmakers and historians joined Professor Donald Linebaugh and members of the Bolling, Eppes and Heretick families last week to unveil a historic marker commemorating Kippax Plantation, the 17th century home of English merchant Robert Bolling and Jane Rolfe, the granddaughter of Pocahontas. Located on the southern banks of the Appomattox River, Kippax has been an active archeological heritage site since the early 1980s. Work at the site, overseen by Linebaugh, has unearthed tens of thousands of structures and artifacts and sheds light on the trade history between Native Americans and early European settlers, as well the lived experience of the African American slaves who worked the plantation for nearly 200 years. Kippax joins 370 historic sites across the state dedicated to the lives and contributions of underrepresented minorities who previously were absent from the country’s historical narrative.

“These enslaved individuals left little in the written record of their lives, loves, dreams and hopes,” said Linebaugh at the dedication, “but through our archaeological excavations, we are attempting to bring their stories to life using the objects they possessed and the spaces and places they inhabited to tell of the struggles they endured and successes they accomplished.”