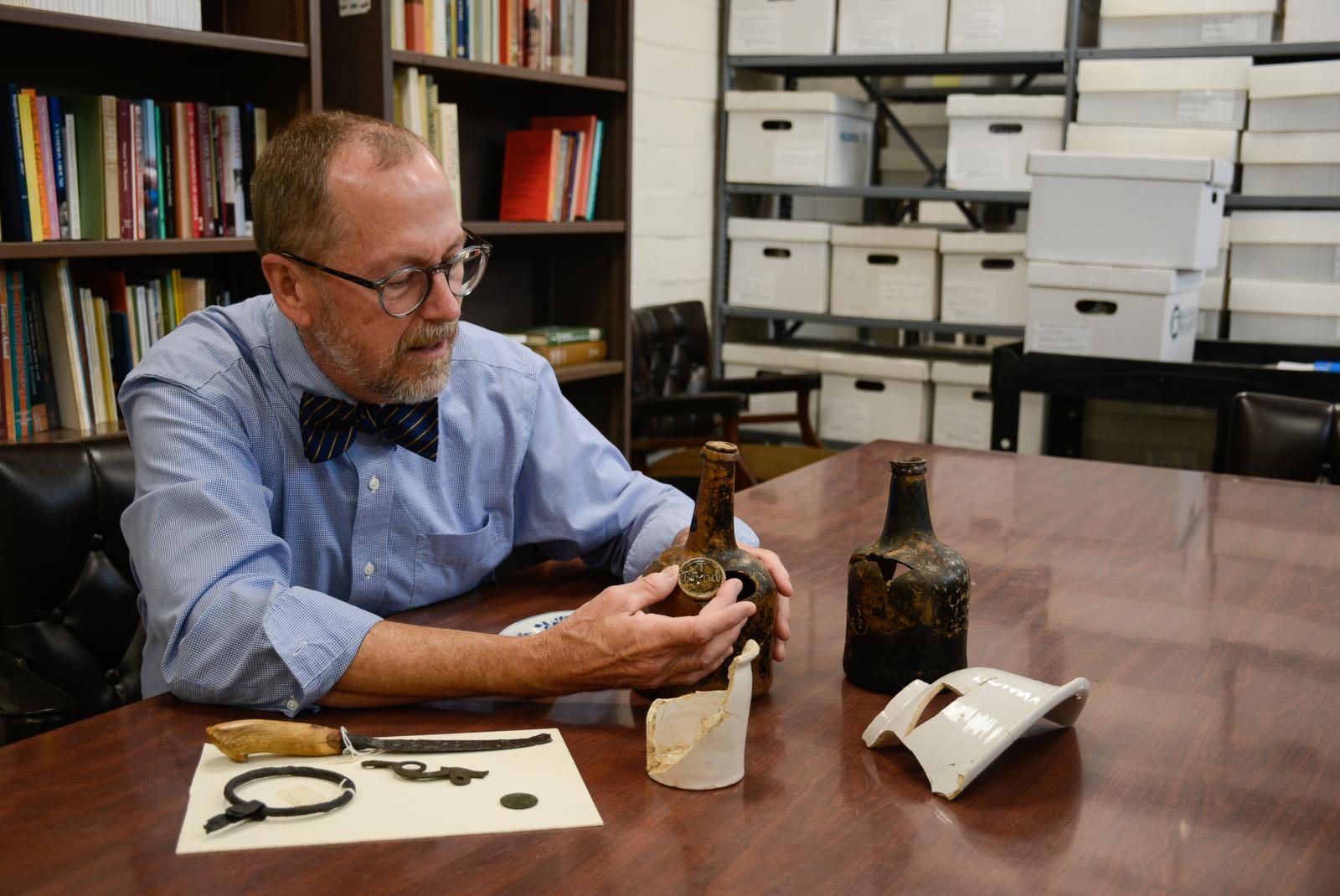 The University of Maryland’s Historic Preservation Program has been awarded a Chesapeake Material Cultural Studies Grant from The Conservation Fund. The grant will support completion of the documentation and study of the Kippax Plantation Archaeological Site, an ongoing archaeological project led by Professor and Interim Dean Donald Linebaugh.

Located on the southern banks of Virginia’s Appomattox River, the Kippax Plantation Archaeological Site is a protected 17th-century plantation that was once home to Colonel Robert Bolling and his wife, Jane Rolfe, the granddaughter of Pocahontas and John Rolfe. Linebaugh’s excavation work and documentation, which he first began over 30 years ago while at the University of Kentucky, has unearthed a number of structures and artifacts, shedding light on the trade history between Native Americans and early European settlers, as well as the existence of African American slaves during that time. Kippax has been an ongoing project for Maryland’s Historic Preservation Program since 2004 and has introduced the processes and techniques of archeological preservation to dozens of graduate students.

"This grant is critical in helping Maryland bring over three decades of work to completion," said Dean Linebaugh. "The Kippax Plantation site tells an important story in the narrative of early American settlement. We are thrilled to have the support from The Conservation Fund on such a meaningful regional project."

The new grant will support laboratory processing and the development of a digital catalog, ancillary artifact studies and comparative analysis of cultural artifacts found on the site. The team’s findings will result in a final report and manuscript in 2020.

The Conservation Fund—a national nonprofit dedicated to providing environmental solutions that make economic sense for communities—presented grants to the University of Maryland and 10 other research, education and historical institutions and specialists to support the conservation, preservation and study of cultural artifacts from the Chesapeake region dating back to the 17th and 18th centuries.

The Chesapeake Material Cultural Studies Grants, which range from $15,000 to $25,000, will help further research and expand current knowledge of artifact collections from previously excavated archaeological sites—at Jamestown, Martin’s Hundred, Carter’s Grove, Kingsmill and other locations in the Chesapeake region—to enable a better understanding and interpretation of the colony’s first settlers and their response to the new environment and climate.

“American history is intrinsically connected to the land. In Virginia, and especially in the Chesapeake region, our land can tell a variety of stories going back multiple centuries,” said Heather Richards, Virginia State Director for The Conservation Fund. “While we at The Conservation Fund focus on protecting the places where history happens and conserving important natural resources, we depend on our peers in the archeological field to research and interpret how human lives intersected with these places. We are honored to support the University of Maryland’s ongoing work.”