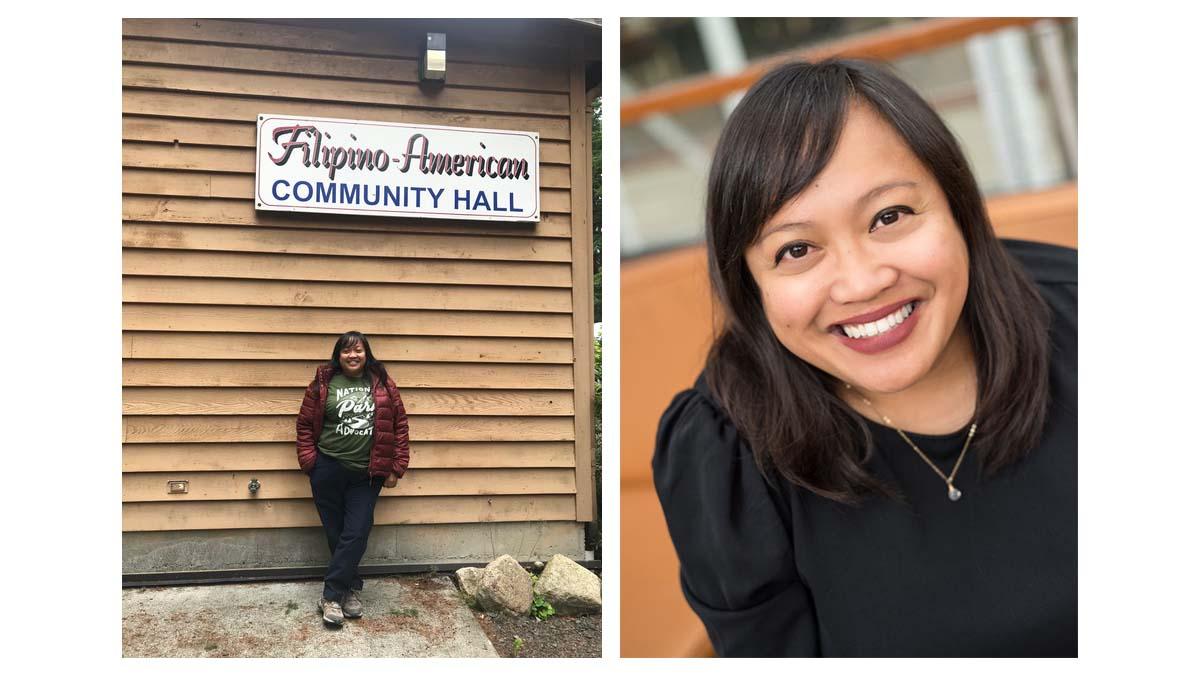 Dr. Michelle Magalong, a Presidential Postdoctoral Fellow at the School of Architecture, Planning and Preservation, will be promoted to Assistant Professor of Historic Preservation, shifting into her new role in the Fall of 2022. Magalong’s appointment marks a significant milestone for the University of Maryland and the field of preservation studies; she will be the first woman of color to serve in the university’s Historic Preservation Program and one of just a few individuals in the United States who identify as a person of color appointed to a tenure-track position within a historic preservation degree program.

“Michelle’s work is poised to disrupt a practice that has long overlooked key aspects of America’s cultural heritage,” said Dean Dawn Jourdan. “We are thrilled that she’ll be leading that conversation here at the University of Maryland.”

Since joining MAPP in 2019 as the school’s first-ever presidential postdoc, Magalong has been instrumental in shifting the program’s curriculum, bringing extensive experience in historic preservation, community development and public health issues for documenting underrepresented and historically marginalized communities. In 2020, Magalong and her students created a tool box of techniques for informing protections of Asian American cultural heritage in Maryland, a project commissioned by the Maryland Historic Trust. Last January, Magalong gathered over 30 practitioners, academics, community advocates and policymakers to highlight the research, work and perspectives of BIPOC, women and queer practitioners through a two-day symposium addressing equity and justice in practice.

Magalong’s work comes at a moment of reckoning for historic preservation. Only eight percent of National Register of Historic Places and three percent of National Historic Landmarks represent people of color, women or members of the LGBTQ community. Events like the murder of George Floyd in May of 2020 have spurred a national conversation around social justice issues in preservation, and the lack of diversity and inclusion in both pedagogy and practice, says Professor Jeremy Wells, who directs the Historic Preservation Program.

“Michelle is a national leader in shining a light on social justice issues in historic preservation practice and proactively offering collaborative solutions to address this problem,” he said. “I am so pleased that she has chosen to accept a tenure-track position in the Historic Preservation Program and I look forward to supporting her vision for a more just and equitable professional practice in the field.”

Magalong earned her Ph.D. from the University of California, Los Angeles after more than a decade of nonprofit advocacy work. She wrote her dissertation, which focused on the development of the National Park Service Asian American Pacific Islander Heritage Initiative, in just nine months. She is the president of Asian and Pacific Islander Americans in Historic Preservation and has served on advisory boards for the National Park Service, the state of California and the city of Los Angeles. She was on the National Trusts’ “40 Under 40: People Saving Places” in 2018.

“Michelle has provided a lot of the foundation I needed to better understand not just Asian American issues in historic preservation, but also other issues that underrepresented communities have faced,” said graduate student Karen Yee. “I am extremely grateful for her mentorship; it has impacted the type of work that I will be doing in the future as both a preservation planner and researcher.”

Magalong is currently working with Yee and a number of organizations, including the Smithsonian Institution, on a context study of Asian Americans in Washington, D.C., funded by the National Park Service Underrepresented Communities Grant. It will be the first comprehensive collection spearheaded by the 1882 Foundation ever compiled for the District, who trace the first Asian Americans in the region to the late 19th century. Discoveries from that initiative have spurred Magalong and Yee to advance individual nominations of two historic D.C. buildings—the Korean Legation Building and the Filipino literary landmark, Manila House—on to the National Register of Historic Places. Magalong hopes a grant from the National Trust, which she will hear about this spring, will support their effort. Connecting Yee and fellow graduate student Emma Chunhua Lucier-Keller—another graduate student on the project—to this experience, said Magalong, is critical to advancing a more diverse practice, which in turn will impact whose history is important and protected in the United States.

“If you look at National Register nominations over the past 10 to 15 years, it’s the same people writing them,” she says. “So, for a graduate student to author a national register nomination, particularly a woman of color, is rare. Increasing the diversity on the national register has been a longstanding mission of mine. As faculty, I can actually have a hand at doing that.”

Now on a tenure track, Magalong will continue that work. This semester, Lucier-Keller is tracing the history of two Maryland alums—Pyong Su and Chunjen Constant Chen—the namesakes of Maryland’s new residence hall, with the hopes of further linking them to the region. She is also working with stakeholders and advocates to create a participatory public engagement framework for sacred U.S. sites of indigenous and marginalized communities, spurred by the mishandling of a Japanese American World War II internment camp site in Topaz, Utah.

“I am one of the few women of color across the nation in a position to do this work and I understand that responsibility,” she said. “I am so excited to continue with Maryland’s Historic Preservation Program and know I come in with their full support.”