How Smart Was Smart Growth? 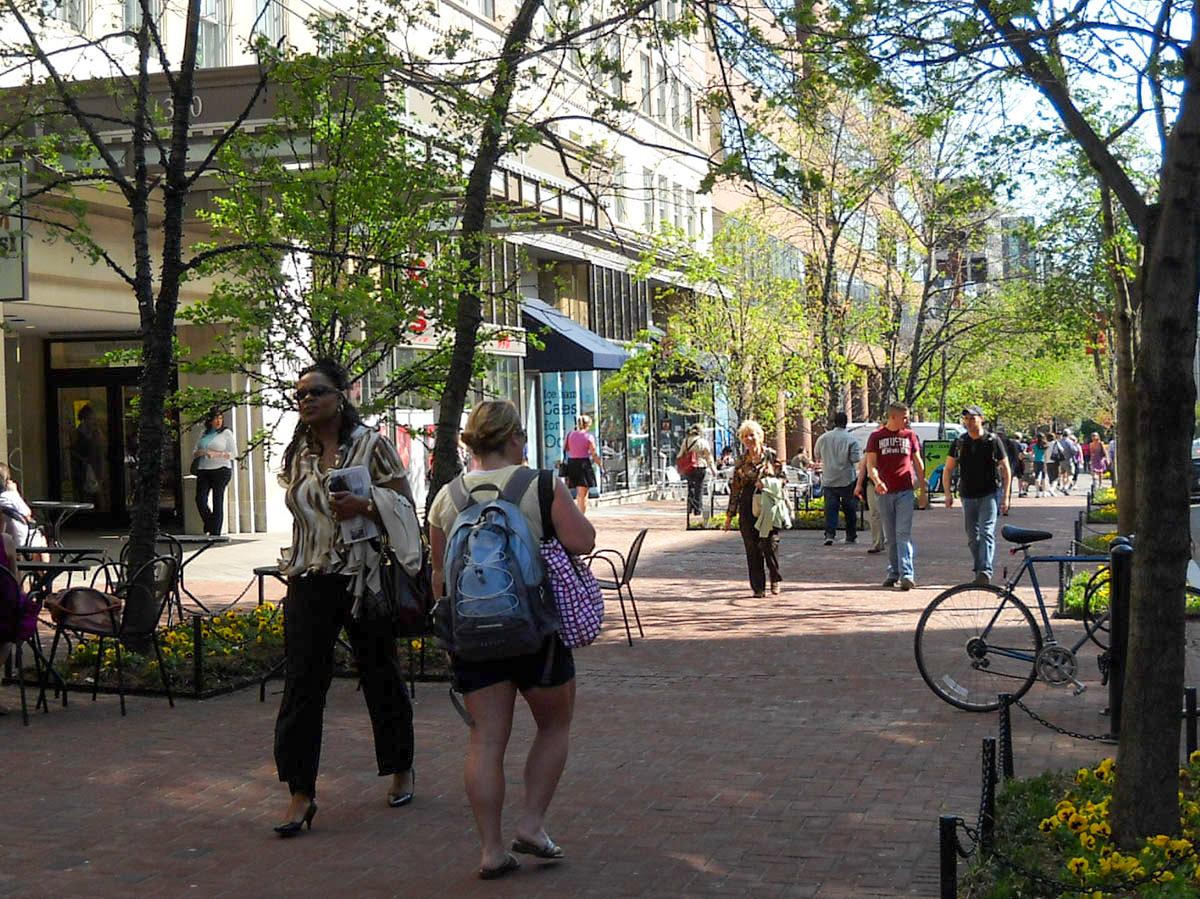 There are a lot of takeaways in the Handbook on Smart Growth, a new compendium of essays from the University of Maryland’s National Center for Smart Growth about the 30-year campaign to create mixed use, compact and walkable communities. But the biggest takeaway might the hardest for ardent supporters to stomach: it has so far had limited impact on the problems it set out to address.

While politics, new challenges and waning enthusiasm stymied the campaign to curb urban sprawl, the Handbook on Smart Growth offers a hopeful epilogue: the smart growth principles outlined in the final years of the 20th century remain valid—and are ripe for expansion to meet the challenges of the 21st.

“Smart growth-based policies, when adopted at all levels of government and under the right conditions, can help mitigate greenhouse gas emissions, increase physical activity, enhance public health and preserve natural resources,” said Professor Gerrit Knaap, director of UMD’s National Center for Smart Growth. “And wise use of the federal resources recently made available by the federal infrastructure bill could help revitalize the campaign”

The National Center for Smart Growth is in an excellent position for such a gut check; it is considered the premier research center on smart growth policy in the country. The book, timed with the center’s 20-year anniversary, gathered experts from across the country—many of whom got their start at the center—to offer a retrospective of smart growth’s history and a sober look at its shortfalls—but also a prescription for writing its future.

“A ‘smart growth 2.0’ must take bold new steps to prioritize social as well as environmental challenges,” said Knaap. “The time to start is now.”

Below, co-editors Knaap, Rebecca Lewis (M.P.P. ’08, PhD ’11), Dr. Arnab Chakraborty (PhD ’07) and Ph.D. candidate Katy June-Friesen offer a few lessons from the book for growing smarter into the next century:

The main ideas endure. Many of today’s seemingly popular ideas—such as bike sharing and limiting single family zoning--build on smart growth principles and prior innovations while adding appropriate focus on issues of justice and resilience. Still, some of the toughest challenges remain, says Chakraborty, such as limited resonance with the general public. “Lessons from smart growth research documented in this book are worthy of attention,” he said.

Smart growth has yet to slow drivers: Much has been learned about what shapes how people travel; evidence suggests that cities can be designed in ways that foster walking, biking, transit ridership, but there is little evidence that smart growth has gotten people out of their cars.

State governments no longer lead the way: Some state-adopted smart growth programs, said Lewis, were a “flash in the pan” that faded with the appointment of new governors, with many programs disappearing altogether. Other states rolled back existing smart growth policies during the Tea Party era. “It’s important to note that smart growth has never been a policy adopted at a national level,” said Lewis. “But the challenges it is meant to address remain.”

Smart growth can accelerate gentrification: An unintended impact of sustainable, compact development is the squeeze it puts on low-income residents of color, according to co-editor Katy June-Friesen. “Gentrification and displacement tend to occur at higher rates in metro areas that have adopted smart growth policies,” she said. What has been learned is that zoning changes, policy and public-private investment can ensure residents and businesses stay in place.

Growing smarter through tech: local governments can boost opportunity, mobility and environmental sustainability through new technologies, which can improve transit performance, optimize a power grid and connect residents to education and jobs. ”If the coronavirus pandemic has taught us anything, it’s the critical value of broadband access and the effective use of digital technologies,” said Knaap.

Knaap, Dr. Rebecca Lewis (M.P.P.’08, Ph.D.’11), Dr. Arnab Chakraborty (Ph.D. ’07) and UMD Ph.D. Candidate Katy June-Friesen will discuss this and other lessons from the trenches of smart growth policy in a book talk December 9, 3 pm in the Architecture Building Library (and virtually), part of the University of Maryland Library Series, “Speaking of Books.”  Information on attending virtually can be found here.