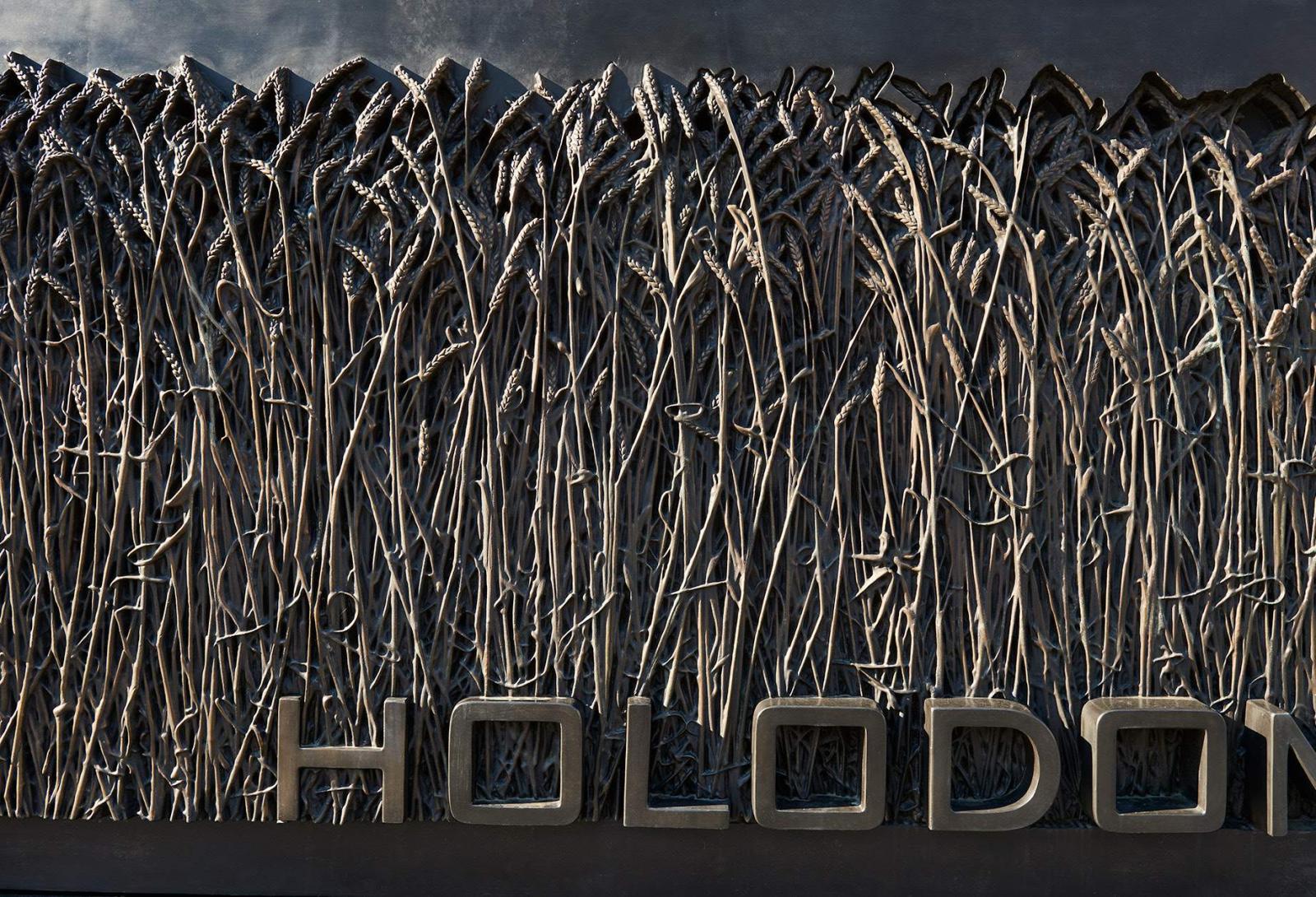 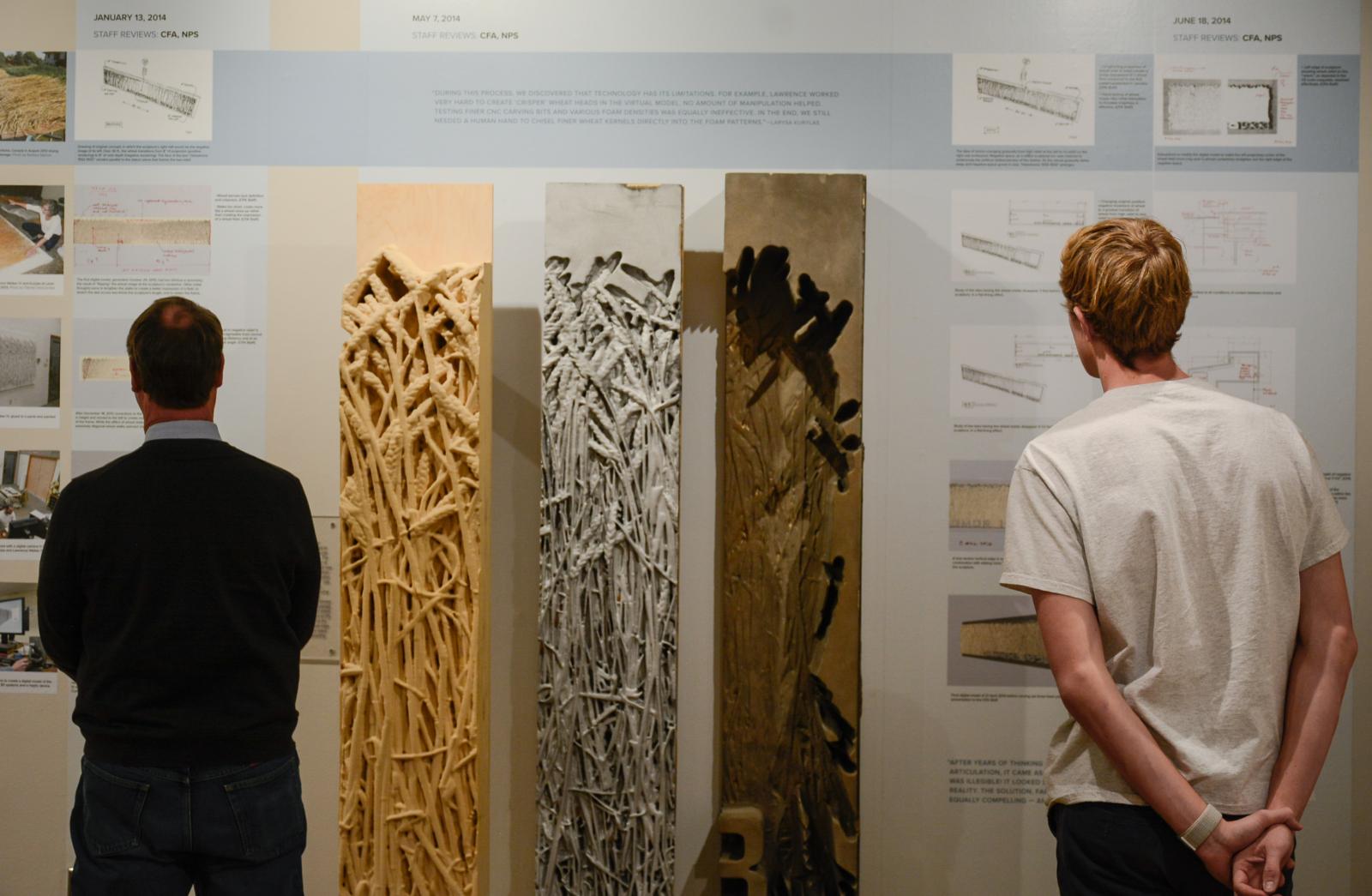 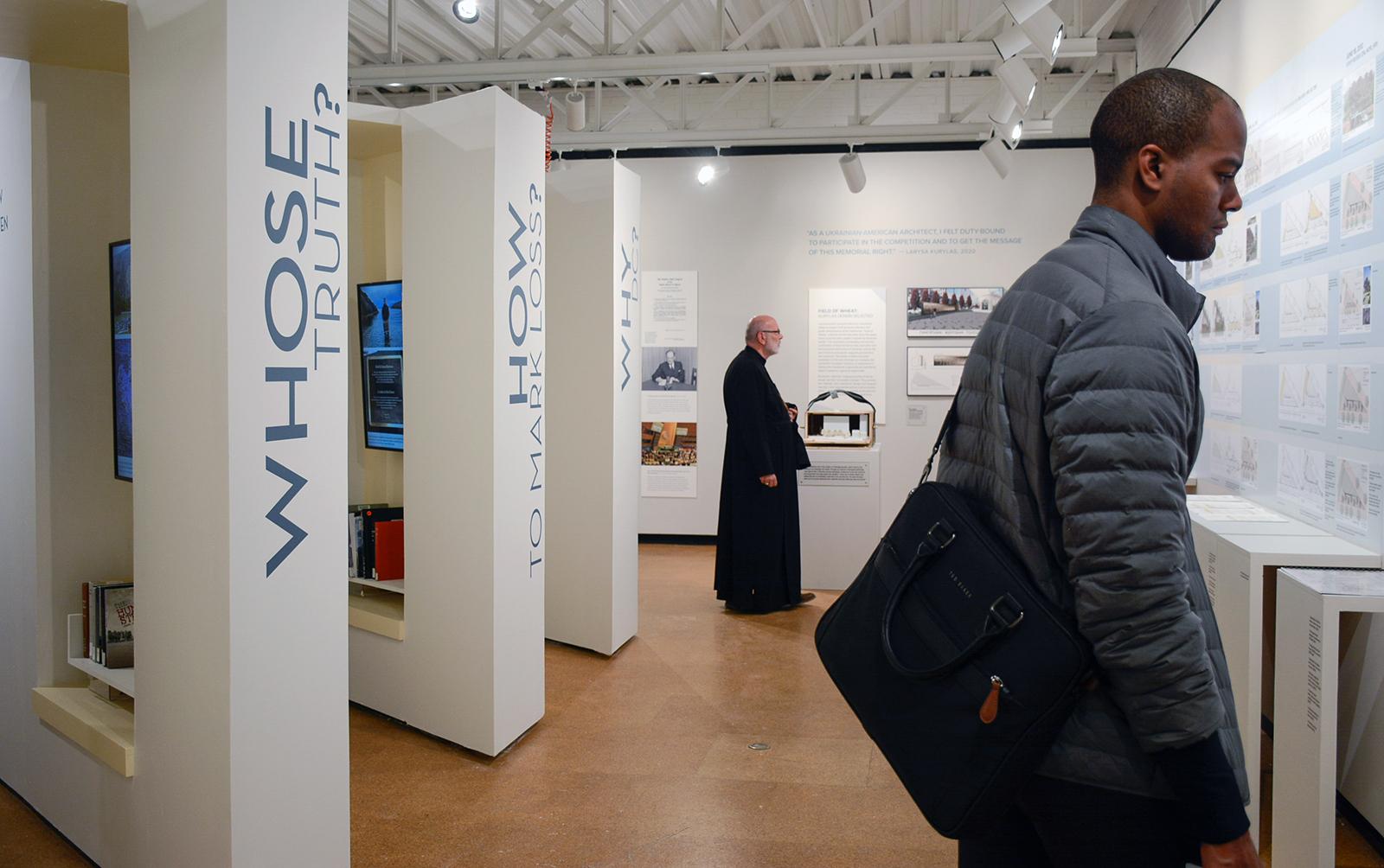 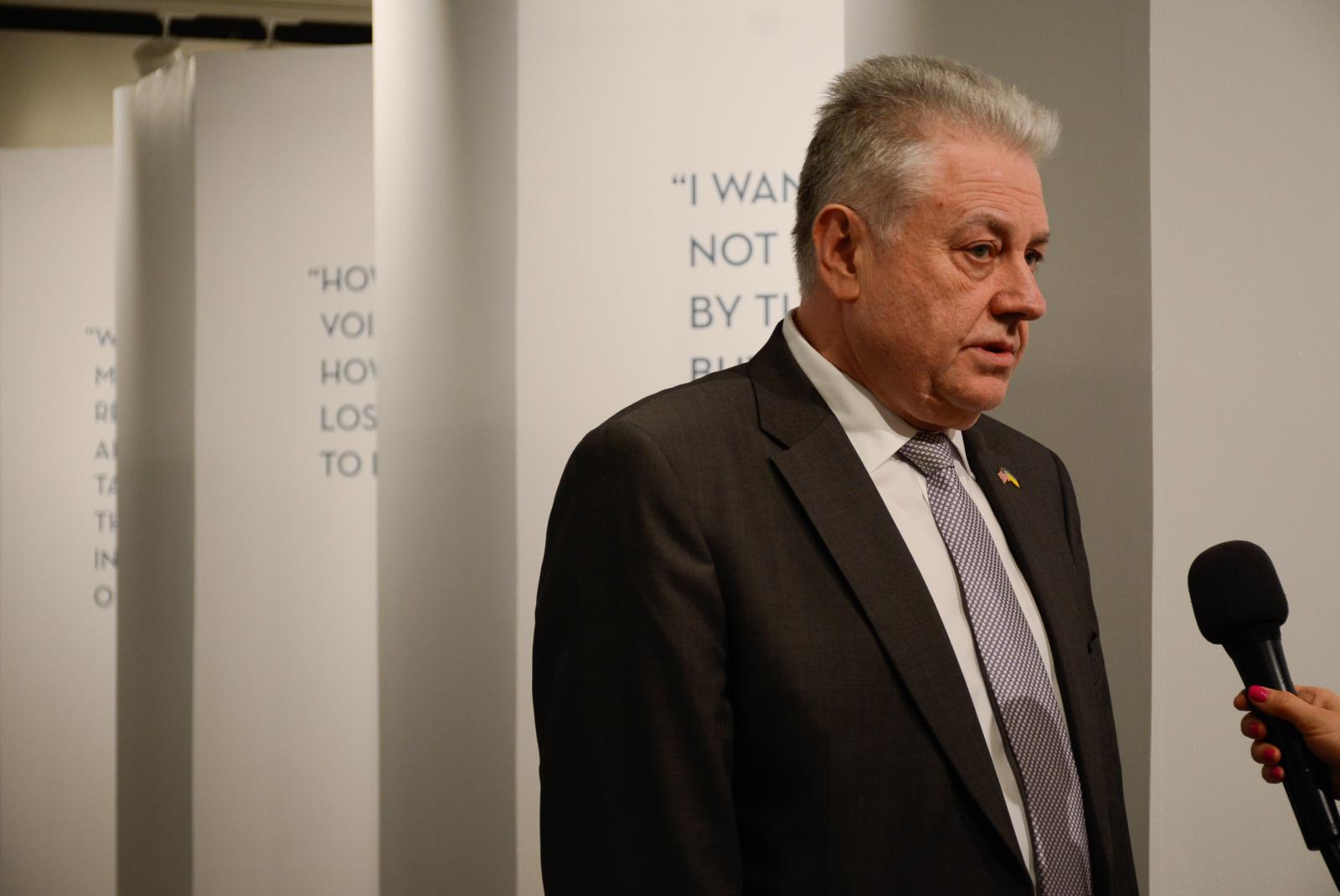 Whose truth? How do we mark loss? Why here? Why now?

From 1932 to 1933 Josef Stalin’s communist government engineered and exploited a wheat shortage to starve millions of Ukrainians to death as the regime swept away small farms for a system of collective agriculture. The genocide was denied by the Soviet Union and largely overlooked in the West as Ukrainians struggled to make it part of accepted history. Finally, in 2015, The Holodomor Memorial, a tribute to the victims that was designed by University of Maryland MAPP alumna Larysa Kurylas, was unveiled in downtown Washington.

This exhibition explores how this memorial came to be and how to interpret its significance. The perimeter walls trace its development from design competition to construction—the interplay between Ukrainian-Americans who pressed for a memorial, architects and engineers who designed it, government staffers who reviewed it and artisans who built it.

Artifacts on display include the winning design competition drawings and model, the actual wheat used to create the digital model, several molds from which parts of the bas-relief were cast and a one-fifth scale model of the sculpture.

Nooks in the gallery’s center provide space for reflecting on the tragedy and on the broader questions of propaganda, official lies, the role of memorials in contesting historical truth and commemorating loss and why and which memorials are built in a particular place, in this case, Washington, D.C.

By telling this story and showing the process of making a public memorial, the exhibition raises critical issues about memory, loss, place and truth—context and questions that surround all memorial-making and which are the themes that will be explored in our upcoming symposium, Marking Loss, Making Memorials.

Upcoming Event: Symposium: Marking Loss, Making Memorials, November 10, 2021
Past Event: Larysa Kurylas (B. ARCH '80) the design architect and sculptor of the National Holodomor Memorial, lectured on the memorial design and the challenges of conveying loss in built form.