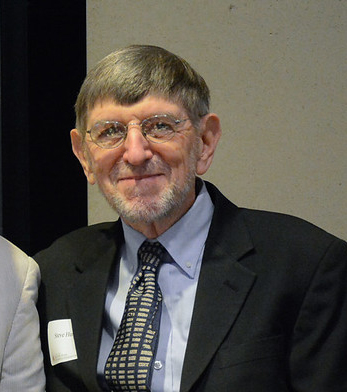 Steven W. Hurtt is Professor and former Dean of the School of Architecture at the University of Maryland, College Park. He taught at the University of Notre Dame from 1973-1990 and was a partner in the firm of Hurtt-Kenrick Architects, P.C. Professor Hurtt enjoys teaching studio, participating on thesis committees and directing independent study courses.

He has published critical essays on the work of Le Corbusier including "Le Corbusier: Type, Archetype, and Iconography," in Midgard Monographs of Architectural Theory and Criticism and "The Pilgrimage Chapel at Ronchamp: Its Architectonic Structure and Typological Antecedents," in Oppositions.

Professor Hurtt is active in planning issues on campus, in the local community, and nationally. In 1994, he helped organize and jury the University's invited competition for the Maryland Center for the Performing Arts, won by Moore Ruble Yudell Architects. He continues to be active in the Center's design development. He is also active in the process of updating the University's Master Plan. Professor Hurtt has also served as a member of the jury for the Williamsburg Town Plan Competition and the Glenwood Town Hall Competition in Illinois.

Among his published articles are several that focus on Urban Design issues. These include: "Contextualism: of Paradigms, Politics and Poetry," Inland Architect; "The American Continental Grid: Form and Meaning," Threshold Journal of the School of Architecture, University of Illinois; and "Conjectures on Urban Form," The Cornell Journal of Architecture. Locally, Professor Hurtt serves in the College Park Comprehensive Planning Process and is a University representative on the Transit District Overlay Zone work group, which makes recommendations for the development of the College Park Metro Station area.