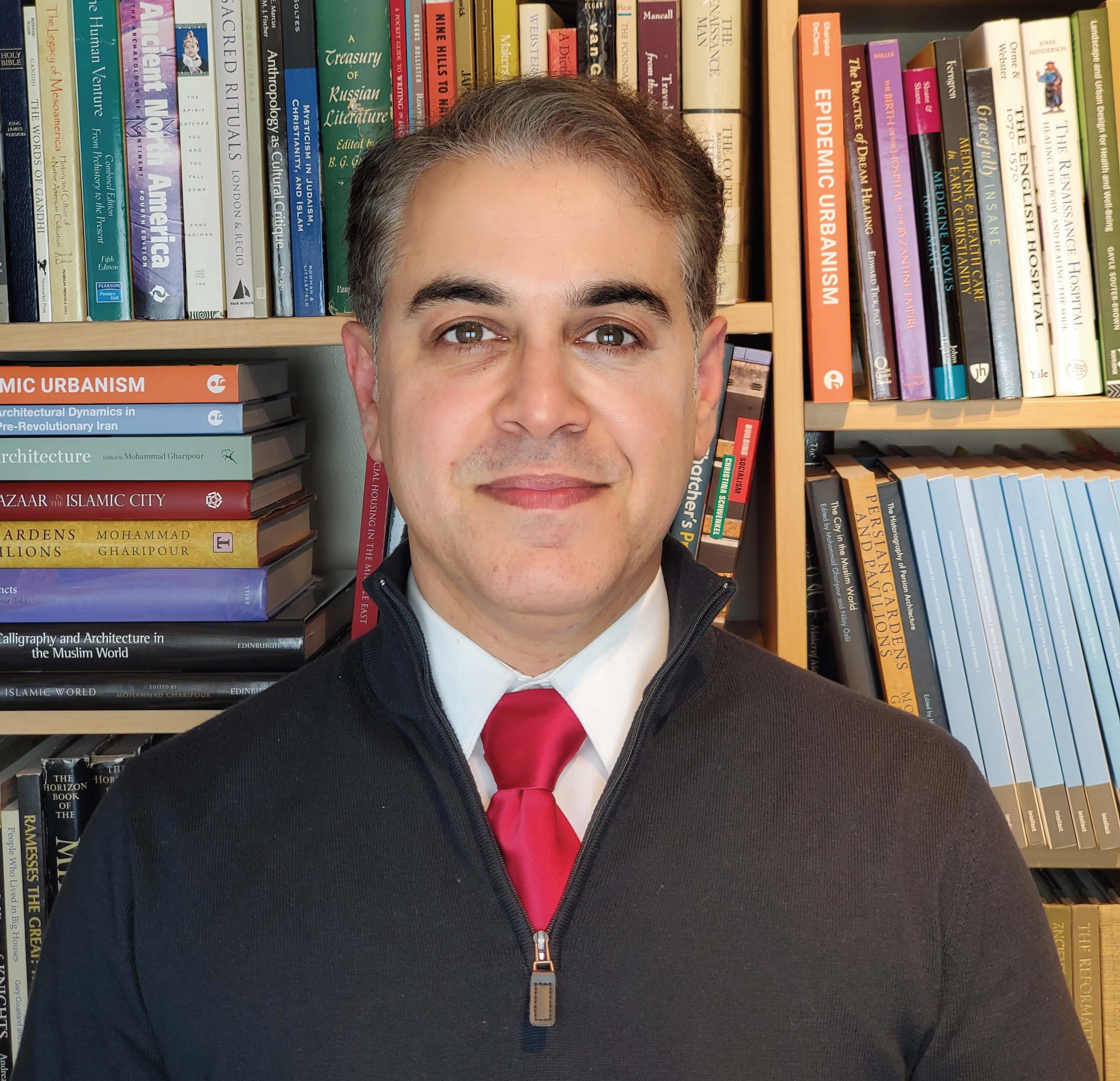 He has received many prestigious awards and grants from major organizations, including the Society of Architectural Historians (2008), Dumbarton Oaks (2010), National Endowment in Humanities (2015), Fulbright-Hays (2016), Foundation for Landscape Studies (2016), Council of Educators of Landscape Architecture (2016), American Institute of Architects (2018), Fulbright (2019), and National Institute of Health (2020).

Dr. Gharipour is the director and founding editor of the award-winning International Journal of Islamic Architecture (IJIA), the co-founder of the Epidemic Urbanism Initiative, and the second vice president of the Society of Architectural Historians.