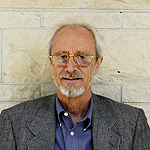 Professor Francescato's interests center on interrelated issues in architectural and urban theory, criticism, environmental design research, environmental psychology, and design methods. His research in residential satisfaction in publicly assisted housing generated conceptual models and protocols that are widely used in this type of work around the world. It received a 1983 Award for Exemplary Research from the National Endowment for the Arts and a 1980 Progressive Architecture Research Award.

Professor Francescato has designed buildings and urban interventions in North America, Argentina, Italy, and Ethiopia. His most recent design work includes the Mathews-Potter House and Studio in Ranchitos de Galisteo, NM, built in 2003 and the Tibbits House in Bethesda, MD, completed in 2009. He has been a consultant with a number of private and public organizations, including the World Bank and the U.S. Department of HUD.

He has presented numerous papers at professional conferences, including a keynote address at the International Association of Person-Environment Studies. "Metropolis 21st century: cities, social life, and sustainable development," Paris, France, July, 2000, and a keynote address on "Smart Growth and Environmental Psychology" at the Eight Congress of Environmental Psychology, Toledo, Spain, July 2004. He is a Fellow of the Society for Human Ecology, has been a submission reviewer for the journal Environment and Behavior, and a proposal reviewer for the Social Sciences and Humanities Research Council of Canada.

At the University of Illinois, Professor Francescato taught in the Graduate Urban Design Studio and offered seminars in Theory, Criticism, and Design Methods. A the University of Maryland, he chaired the Department of Housing and Design from 1978 to 1989 and, from 1992 until 2007, he taught Design Studio and graduate seminars on Architecture and Typology, Social and Behavioral Factors in Architecture and Urban Design, and the CORE course Introduction to the Built Environment. He has participated in both the M.Arch. Thesis and the PhD programs of the School of Architecture, Planning and Preservation. In 1997 he taught an intensive course on Residential Satisfaction at La Sapienza University in Rome, Italy.