Join Allison Finkelstein’s book talk December 9 at 12 noon. More information can be found here. Interested in buying your own copy of “Invisible Memorials”? Members of the UMD community receive a discount with the code FORGOTTEN30 at checkout.

Over 16,000 women served overseas during World War I. Yet as Armistice Day marked the war’s final chapter, the stories of women who sacrificed—in overseas hospitals or as wives and mothers back home—were destined to become footnotes.

More than a century later, a University of Maryland graduate is rewriting that narrative, revealing the grassroots efforts spearheaded by women of the WWI generation to honor this service, not carved in marble statuary, but through community service and advocacy and in hospitals and respite houses. 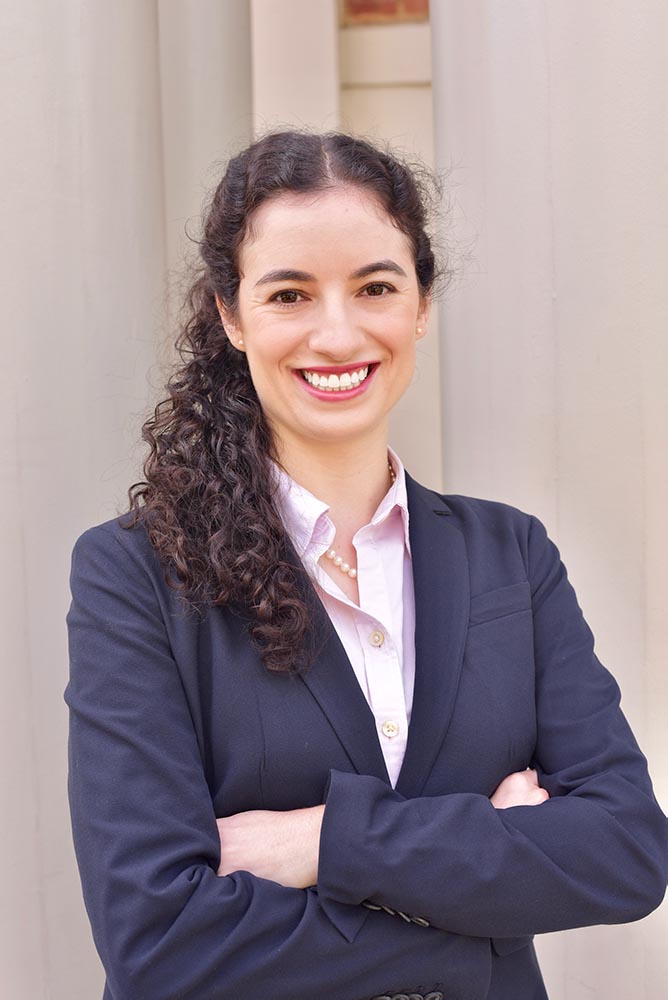 In "Forgotten Veterans, Invisible Memorials: How American Women Commemorated the Great War, 1917-1945,” from the University of Alabama Press, historian Allison Finkelstein M.A. ’12, Ph.D. ’15 tells the stories behind the work to commemorate wartime sacrifices through living memorials—intangible commemorations grounded in continued service to the country. Coined veteranism by Finkelstein, they included a push for female veteran assistance, an orphanage for French girls impacted by the war, and pilgrimages to visit soldiers buried overseas.

“I think one of the challenges of tangible memorials that are intended to be permanent is that history is not static,” she said. “Finding ways to commemorate that are less focused on just building something can put those resources into projects that can help the community.”

Finkelstein’s book is inspired by her research as a graduate student in history at Maryland, where she specialized in cultural history under Associate Professor Saverio Giovacchini. During a summer internship with the American Battle Monuments Commission, which manages overseas cemeteries and memorials, archival research introduced her to Gold Star pilgrimages, all-expense-paid trips for women who lost a child or husband in the war to visit their distant graves. It was there she saw the small craftsman bungalows that edged some of the cemeteries, once used as places of respite for the visiting women. Working with Professor Donald Linebaugh, who advised her as part of a certificate in historic preservation, she wrote a research paper about these small structures that she later published, sowing the seed that eventually became “Forgotten Veterans, Invisible Memorials.”

Living memorials, said Finkelstein, show that there’s more than one way to commemorate and remember service. But in the case of WWI, they served another purpose as well: to ensure that women’s many contributions to the war effort—whether as physical therapists or telephone operators, or by replacing men in the workforce to keep food on the table—were not left out of the history books. Among the examples she explored:

Finkelstein, now a senior historian at Arlington National Cemetery, will share some of the stories from her book with UMD’s Miller Center for Historical Studies on Dec. 9.

“Women’s service is much more complex than what we would see if we only go by the timeline of when women were actually admitted into the military,” she said. “I hope this book helps get these women's stories into the historical record and that it means more people will learn about them.”