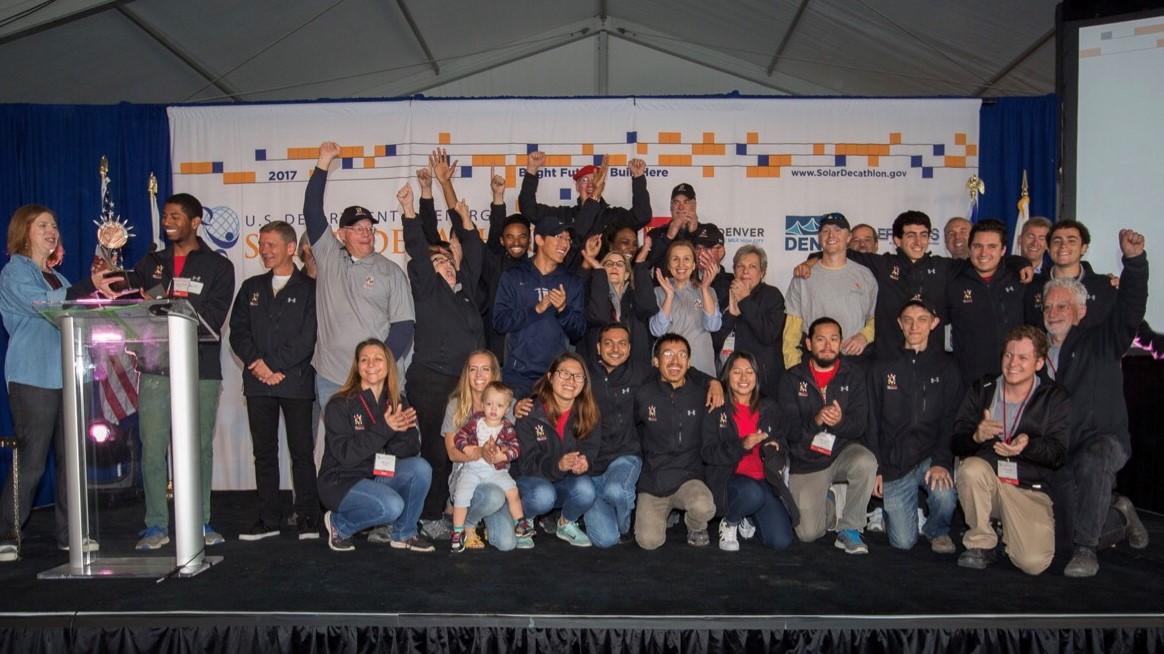 A solar-powered house that blends Native American principles with cutting-edge technologies and modular design won second place at the U.S. Department of Energy Solar Decathlon 2017. Designed by an interdisciplinary team of students at the University of Maryland, the entry, called reACT, beat nine other teams from academic institutions around the globe, and was the number-one U.S. entry in this year’s competition. The teams competed in 10 cut-throat competitions over 9 days that evaluated each home’s performance, design, sustainability and market appeal. UMD’s winning team is a mix of students from architecture, engineering, plant sciences and several other disciplines campus-wide.

The Solar Decathlon is a biennial competition that challenges collegiate teams from around the world to design and build an energy-efficient, solar-powered house that is both affordable and attractive. The competition, which harnesses the collective knowledge of some of the brightest young minds in architecture, engineering, life sciences and technology, attracts thousands of visitors, including industry professionals, homeowners and designers from around the world. The two-year process—which spans from concept drawings to the construction of a physical house—culminates in a 10-contest competition lasting one week, this year in Denver, CO. This is the first year that teams are eligible for cash prizes; UMD will bring home $225,000.

Watch the winning team on WJLA-TV

Inspired by both technology and tradition, reACT connects the indigenous world with western scientific innovations to deliver a sustainable, regenerative, almost “living” model that intends to change the way the industry approaches housing. reACT is inspired by long-held principles of Native American cultures who, for centuries, have harvested the resources of the surrounding environment while minimizing waste and impact. With the addition of cutting-edge technologies, sustainable materials and an intuitive, modular design, Team Maryland devised a housing model that is completely solar-powered, water conservative, affordable and regenerative for diverse communities and ecosystems.

reACT goes beyond the solar-powered requirements of the Decathlon, capitalizing on the talents of UMD’s architecture, engineering and life science programs to devise several innovative features, including:

Read about the team’s win in the Washington Post

The state’s only Solar Decathlon entry, reACT is the University’s fifth entry in the history of the Solar Decathlon competition. UMD took first place in 2011’s competition with WaterShed, which harnessed the power of both sun and water. In 2007, UMD placed 2nd overall with its entry, LEAFHouse.