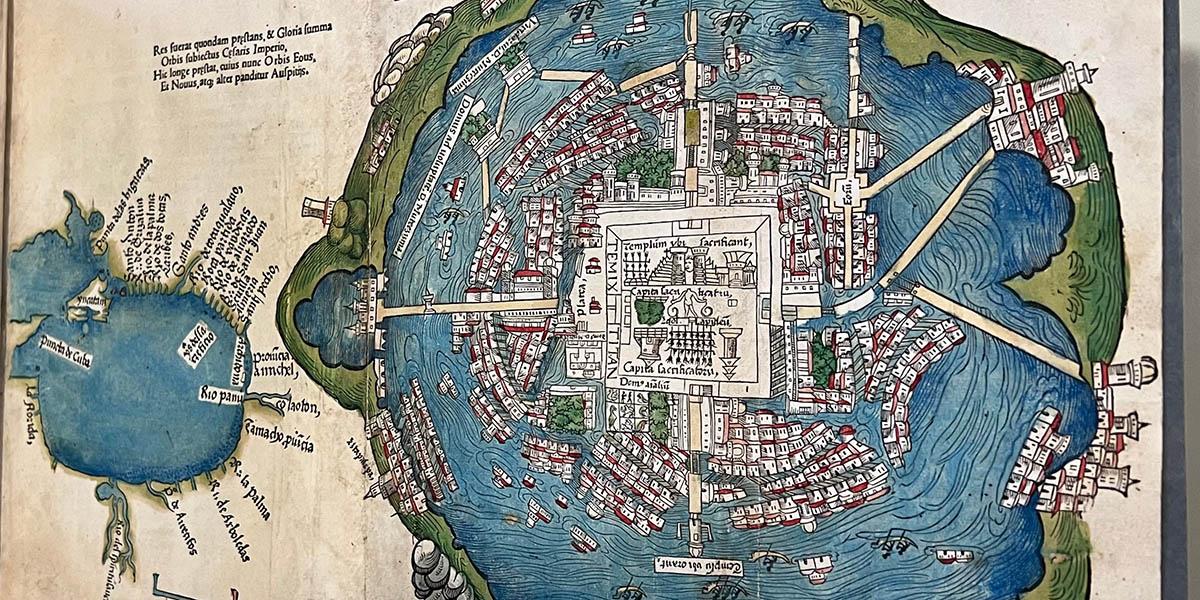 Since the dawn of civilization, maps have been an instrumental tool for discovering the world around us. They decipher unfamiliar cities, illustrate climate zones and natural features and facilitate a faster route to work. But Assistant Professor Juan Burke will tell you that maps, especially the ancient analogs crafted before the age of satellites, can also tell a story: about the political and social undercurrents of the day, how cities change over time and how civilizations interpreted it all.

“Maps are really a part of us; it’s a way we understand the world,” says Burke, who recently completed a month-long fellowship at the Newberry Library in Chicago. “They are a product of all of these ideas of how we occupy space.”

Burke was one of about two dozen scholars from across the country invited to Newberry this summer to discuss cartography in the early modern period (roughly 1400-1800 AD) and advance individual research using the library’s vast cartographical resources, including the largest, most preeminent repository of maps in the country outside of the Library of Congress.

The time, resources and community provided by the fellowship will inform Burke’s next book, which examines the architecture and urban history of Mexico City as it was shaped by external factors, most notably colonialism. For Burke, maps illustrate the city’s history unfolding—how changes in structures and surrounding landscape told of land grabs and social influences, economic prosperity and ballooning populations. These discoveries are a critical element of Burke’s developing narrative of one of the most important cities in the Spanish world; for example, Spanish colonialists drained the city’s surrounding cluster of lakes—a devastating environmental decision that reverberates today—to make room for rapid growth and maintain its seat of power as a Spanish outpost in the Americas.

The experience, Burke says, will also influence how he presents information to his students. He teaches two staple courses in the architecture curriculum centered on urban history, including a graduate level course that will be updated this year through a University of Maryland Teaching and Learning Grant to include issues like gentrification.

“The fellowship certainly gave me a lot of tools for analyzing maps of ancient cities and has helped me discover how a lot of the dynamics of the early modern period carry over to the present,” he said. “I’m eager to share that knowledge in the classroom and connect my students to those threads of history.”