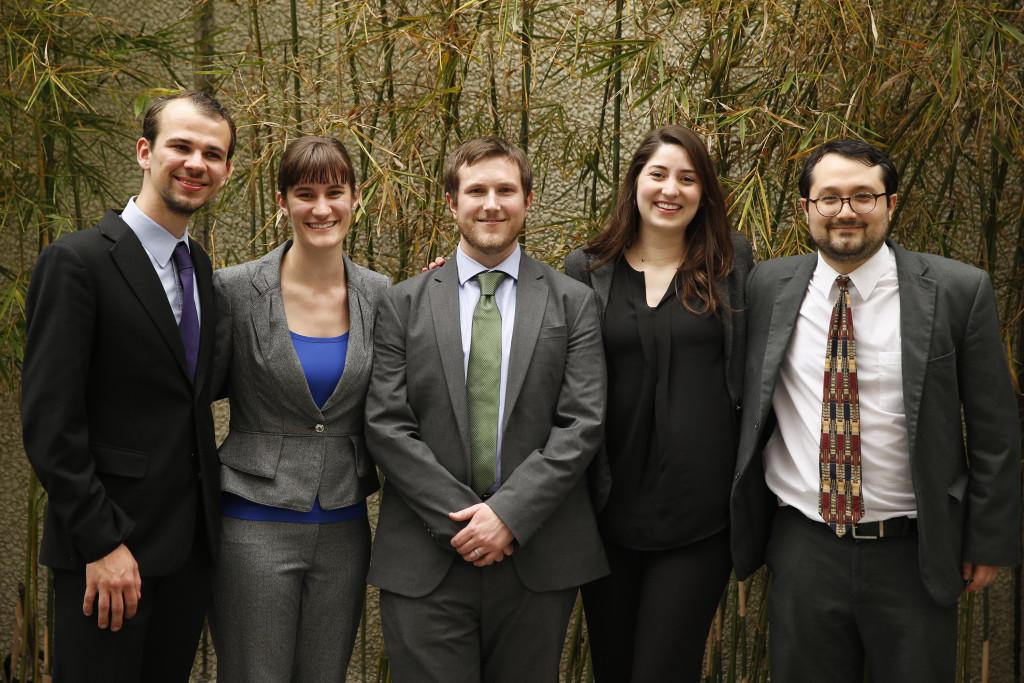 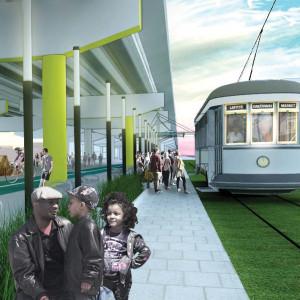 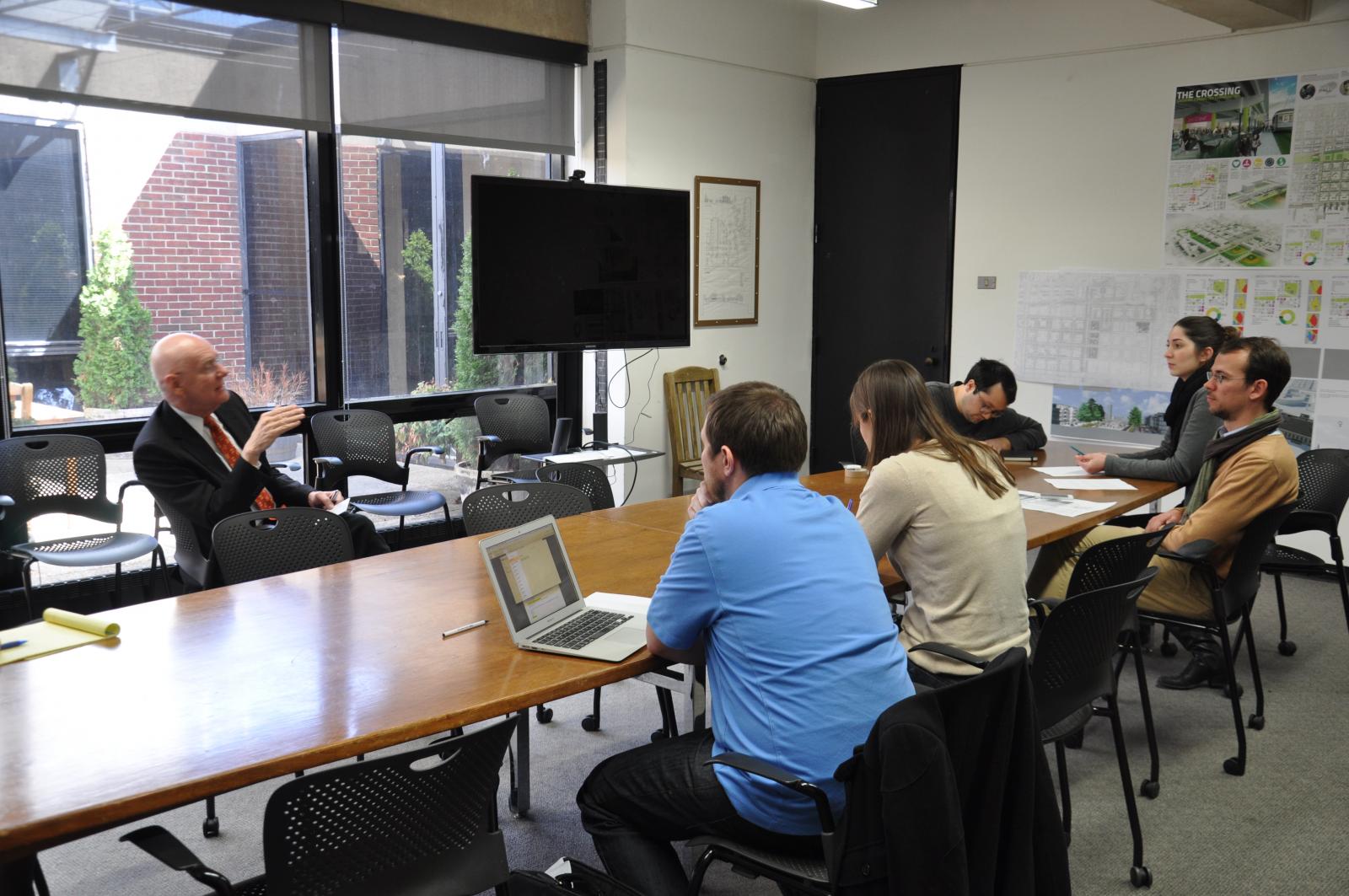 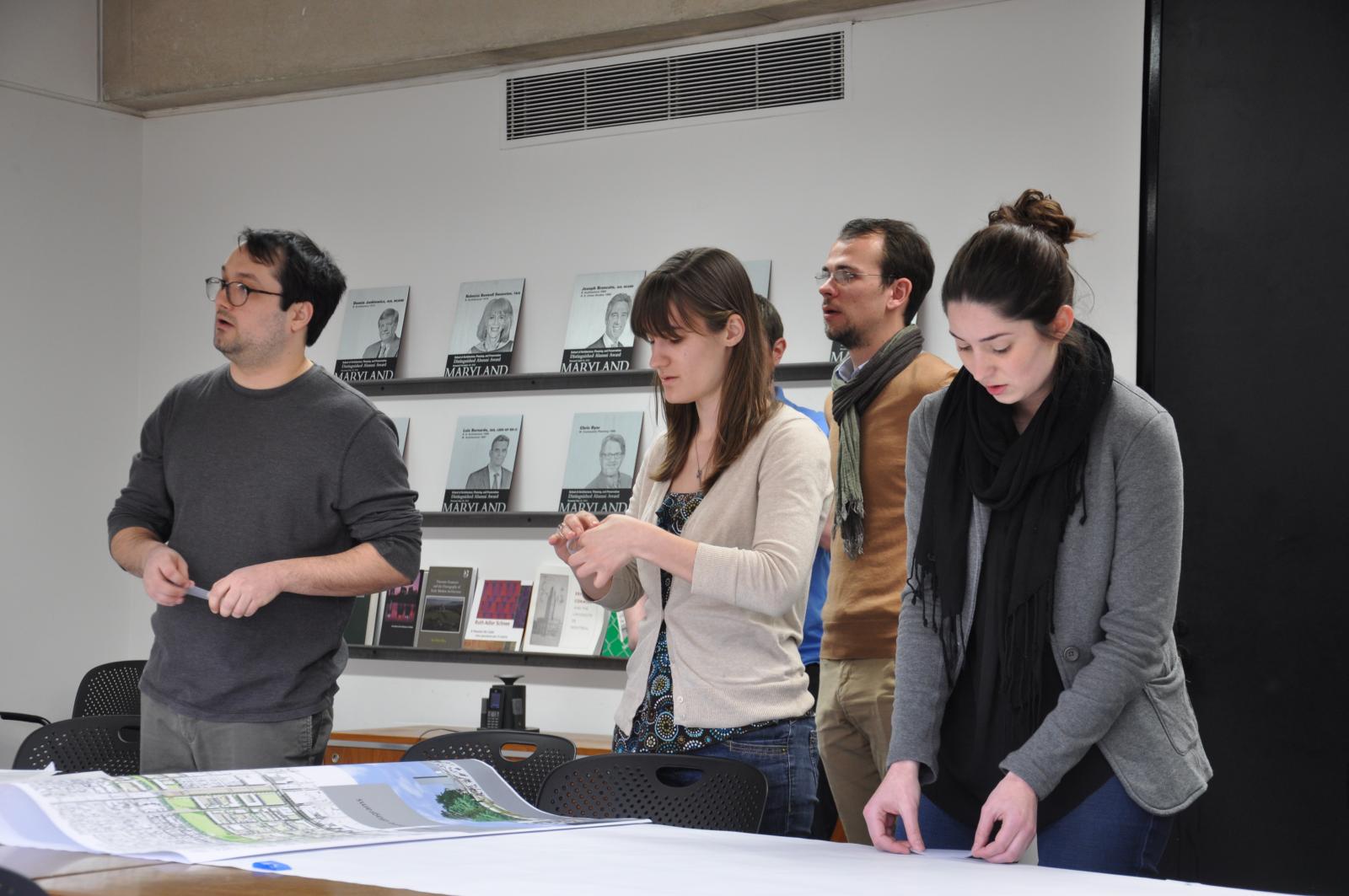 An interdisciplinary team from the University of Maryland’s (UMD) School of Architecture, Planning and Preservation has won the 2015 ULI / Gerald D. Hines Student Urban Design Competition (ULI Hines). The team of five graduate students—representing architecture, urban planning and real estate development—won over an international jury of experts with their development plan for the Tulane/Gavier and Iberville neighborhoods of New Orleans, beating out two finalist teams from Harvard University and a combined team from the University of Wisconsin Madison and Milwaukee.

“It is an honor to win this competition,” said Sofia Weller, who is pursuing her graduate degree in architecture. “It feels like we are part of something much bigger. ULI Hines is considered the Super Bowl of interdisciplinary design competitions. I think we all feel truly humbled by the experience.”

This is the second straight year that a team from UMD has clinched the ULI/Hines Competition, considered the most prominent student development and design competition in the world. UMD’s team initially beat out 120 other entries from some of the most prestigious universities in the U.S. to land in the final four. ULI announced Maryland’s win yesterday in New Orleans at the competition conclusion. The UMD team will go home with a $50,000 prize.

“Our team rose to the challenge in a most impressive manner, says Professor Matthew Bell, FAIA, who was one of the team’s advisors. “Their level of talent, passion and dedication to the design is rare and the New Orleans context provided for them a terrific vehicle for inter-disciplinary work. We are most proud to win for a second straight year!”

Now in its 13th year, the ULI/Hines competition challenges interdisciplinary teams of graduate students to create a dynamic design and development solution for a real large-scale site in just two weeks. While this is an ideas competition, it is part of the Urban Land Institute’s (ULI) continued mission to engage young professionals in collaborative solutions, responsible land use and creation of better communities. The competition demands a variety of expertise to navigate complex zoning codes, understand investment opportunities, examine community, site challenges and develop exciting yet realistic urban design solutions. This year’s competition revolved around the urban site of the Tulane/Gavier and Iberville neighborhoods of New Orleans. ULI challenged teams to create a proposal that furthers the city’s goals of creating vibrant, sustainable neighborhoods by capitalizing on the culture and location of the Tulane/Gravier neighborhood, while fostering economic growth, tourism and place through thoughtful design.

Maryland’s entry, entitled “The Crossing,” took an unconventional approach to the site that set itself apart from the competition. The site offers several challenges, including the elevated I-10 highway that runs parallel to a potential retail street and an eight-lane off-ramp that separates an existing park from the city’s proposed greenway. To offer greater visibility for retail, the team located the main retail street one block over from the highway, a bold but important move that offers two-sided frontage and pulls the site out of the shadow of the I-10. Re-locating the monstrous off-ramp—referred to by team members as a “scar” across the site—and replacing the linear space under the highway with a green, recreational space connects Louis Armstrong Park with the city’s future greenway and beyond. The new configuration connects neighborhood retail/residential with the park and offers seamless access to the French Quarter and the neighboring medical sector.

“There have been a lot of studies conducted on this area of New Orleans,” said Patrick Reed, a graduate student with the Urban Studies and Planning Program. “The majority of the scenarios we studied had retail fronts facing Clayborne Avenue, which is the street under the highway. In a lot of ways, the other teams took some safe moves by saying ‘they’ve studied this, they want to put it there, we’ll do what they think is best,’ where we didn’t really necessarily feel constrained by what was already done.”

“Our approach was, if this is really an ideas competition, what is the best strategy and the best solution moving forward? What would make this space the best that it can be?” added architecture graduate student Ashley Grzywa. “That thinking helped us stretch the design boundaries while still remaining realistic.”

The greenspace also hosts programmed recreational space and a “resilience center,” to celebrate the spirit and fortitude of New Orleans. Architectural accents throughout the neighborhood, including retail typographies that marry with the existing historic shotgun houses, capture the city’s vibe and culture. While the design makes up an important part of the competition, the financials are what drive the victory. The team’s two real estate graduate students—Daniel Moreno-Holt and Sebastian Dern—offered creative yet realistic financial feasibility that were key to the team’s success.

“Sebastian and Dan were extremely creative in finding ways to fund our crazy ideas,” adds Weller.

The ULI Hines competition is open to graduate students who are pursuing real estate-related studies at universities in the United States and Canada, including programs in real estate development, urban planning, urban design, architecture and landscape architecture. In the past six years, the University of Maryland has reached the ULI Hines finals four times, won once (2014) and received one honorable mention.

“This is a great day for us,” said Cronrath. “Continuing our success at ULI is no easy feat. This is an outstanding group of students and I couldn’t be prouder of their achievement.”