Summer Study “In the Shadow of Vesuvius” 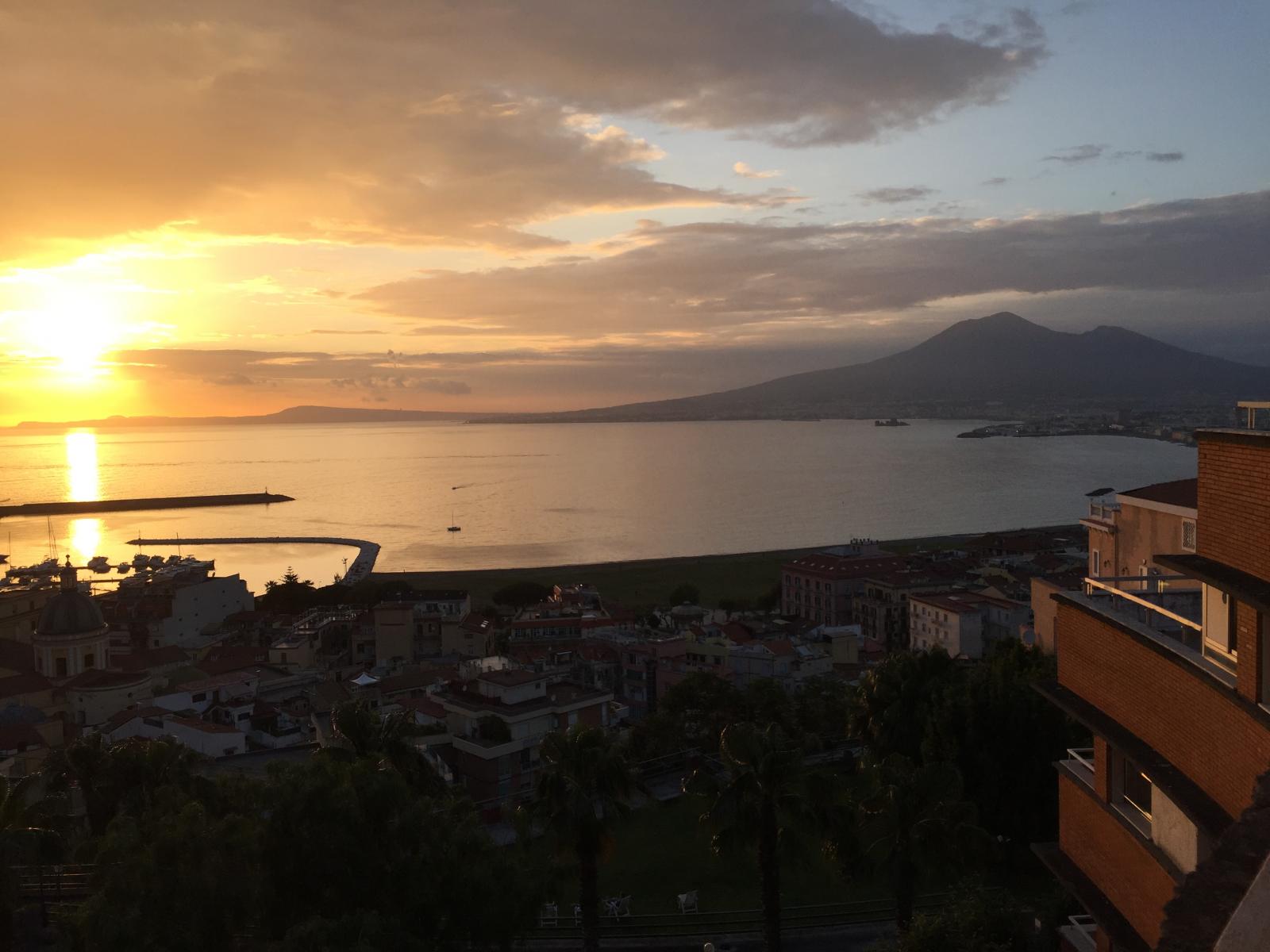 Image Caption
The view of Mount Vesuvius and the Bay of Naples from the Vesuvian Institute, where we eat, sleep, and learn.
Image 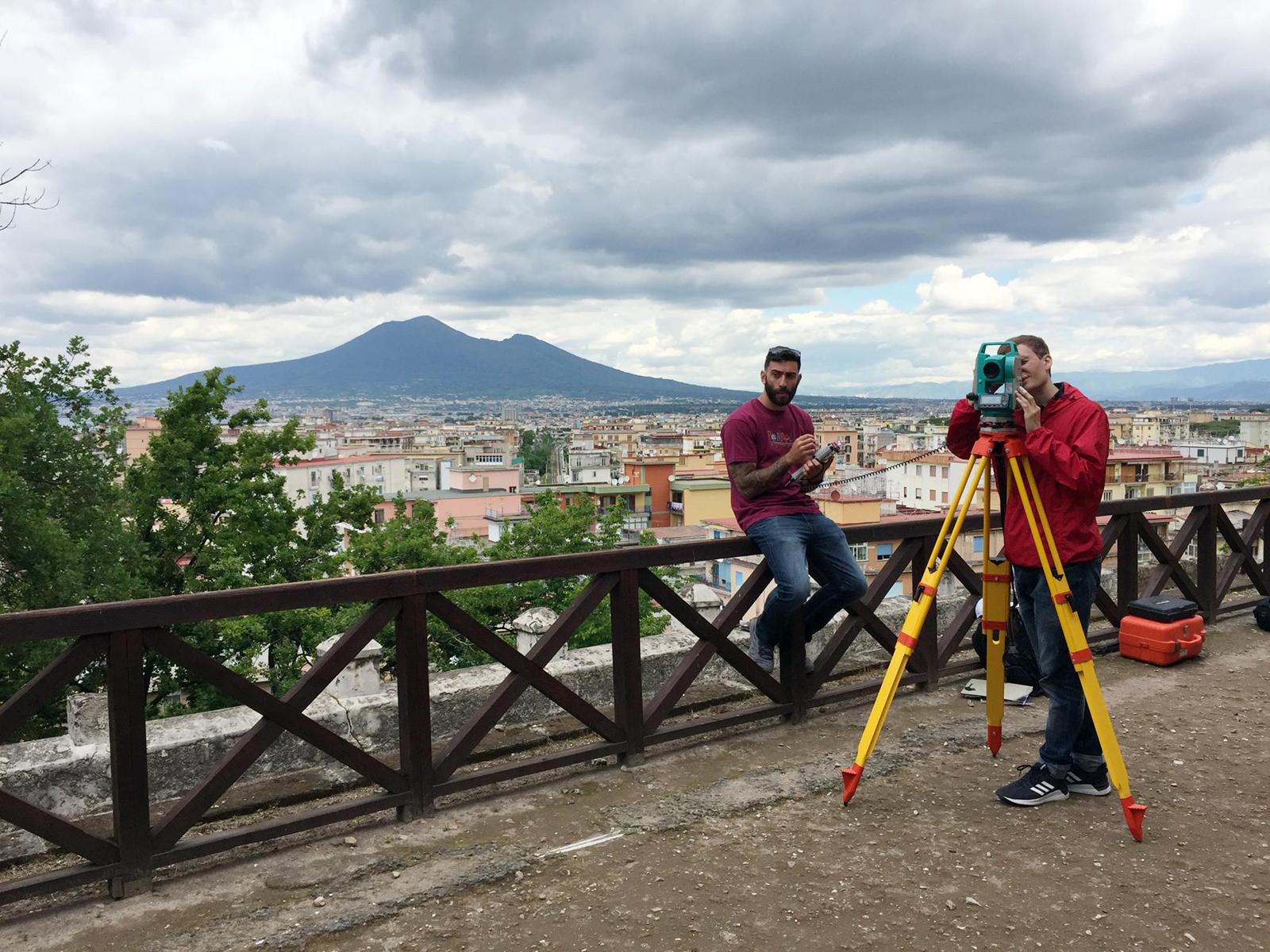 Image Caption
Archaeology in the shadow of Vesuvius.
Image 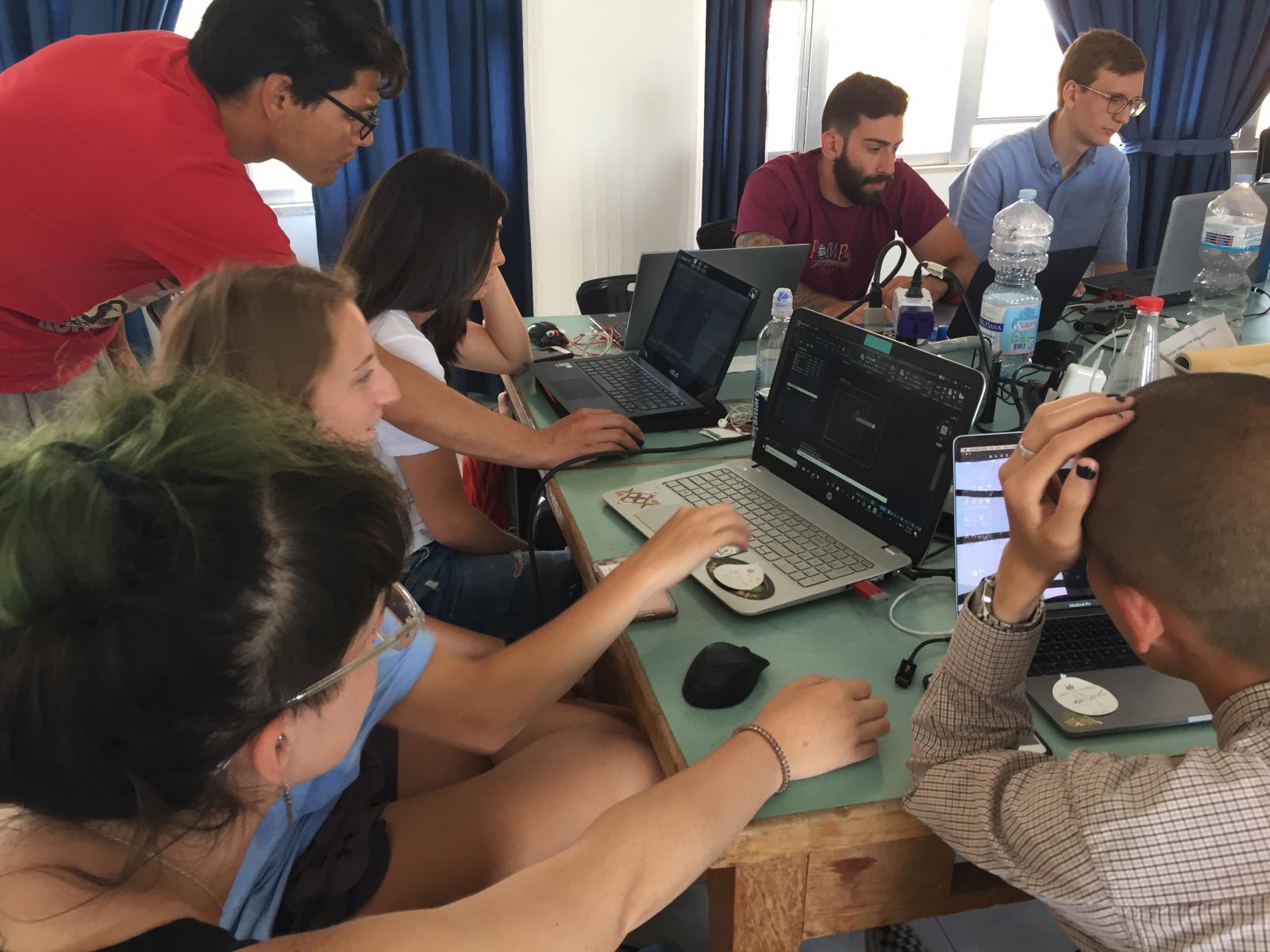 Image Caption
All hands on deck for CAD drawing.
Image 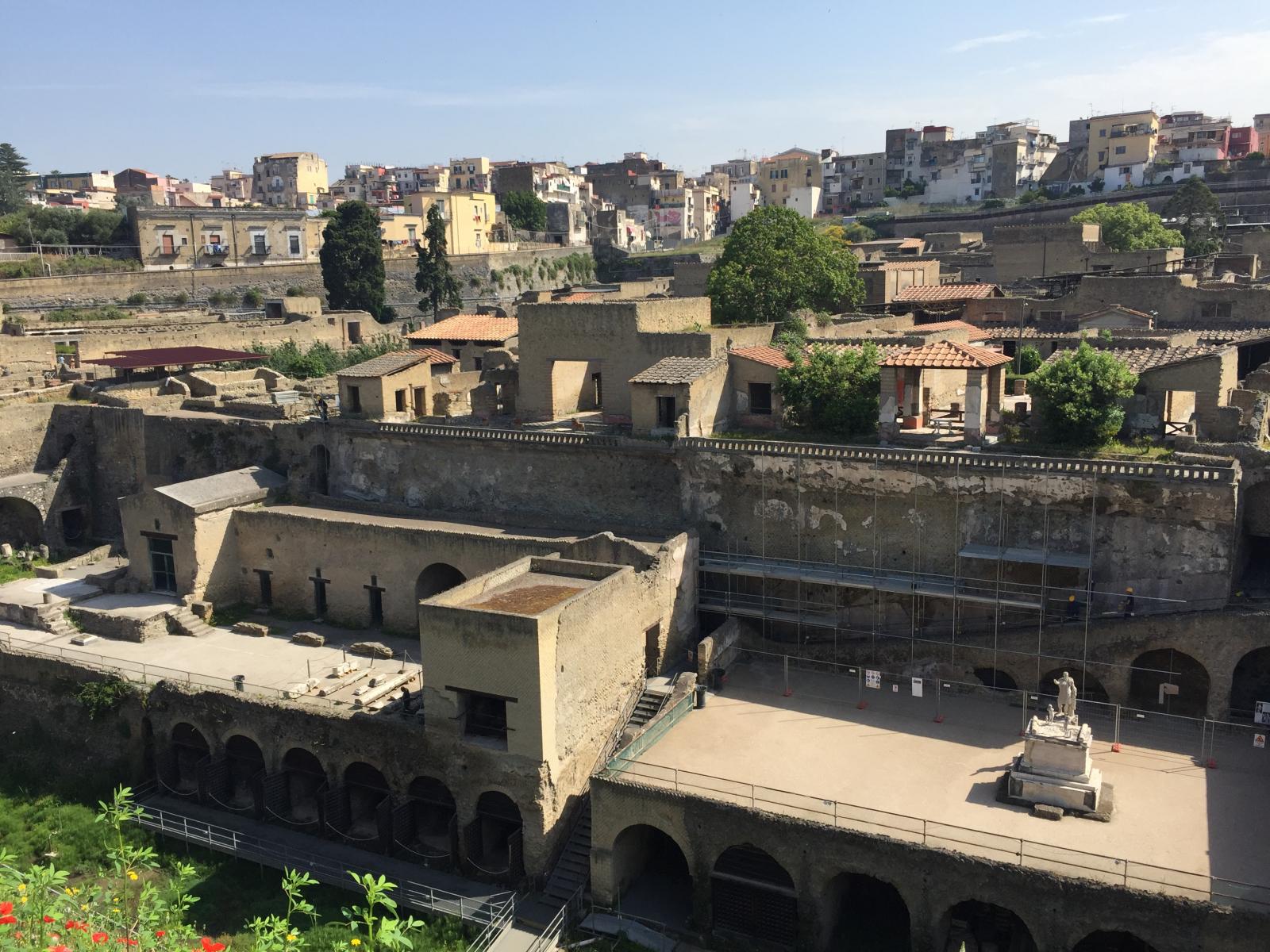 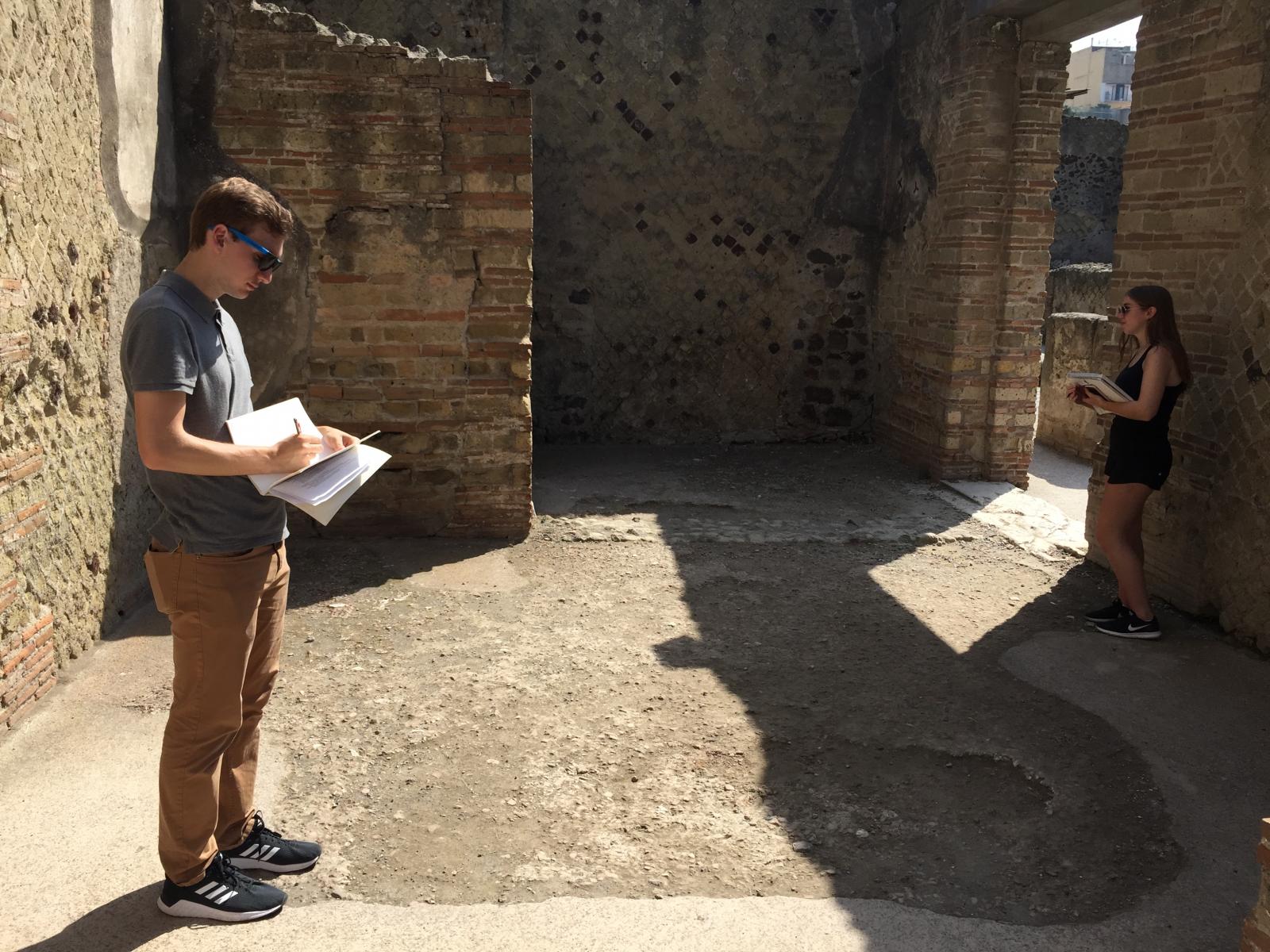 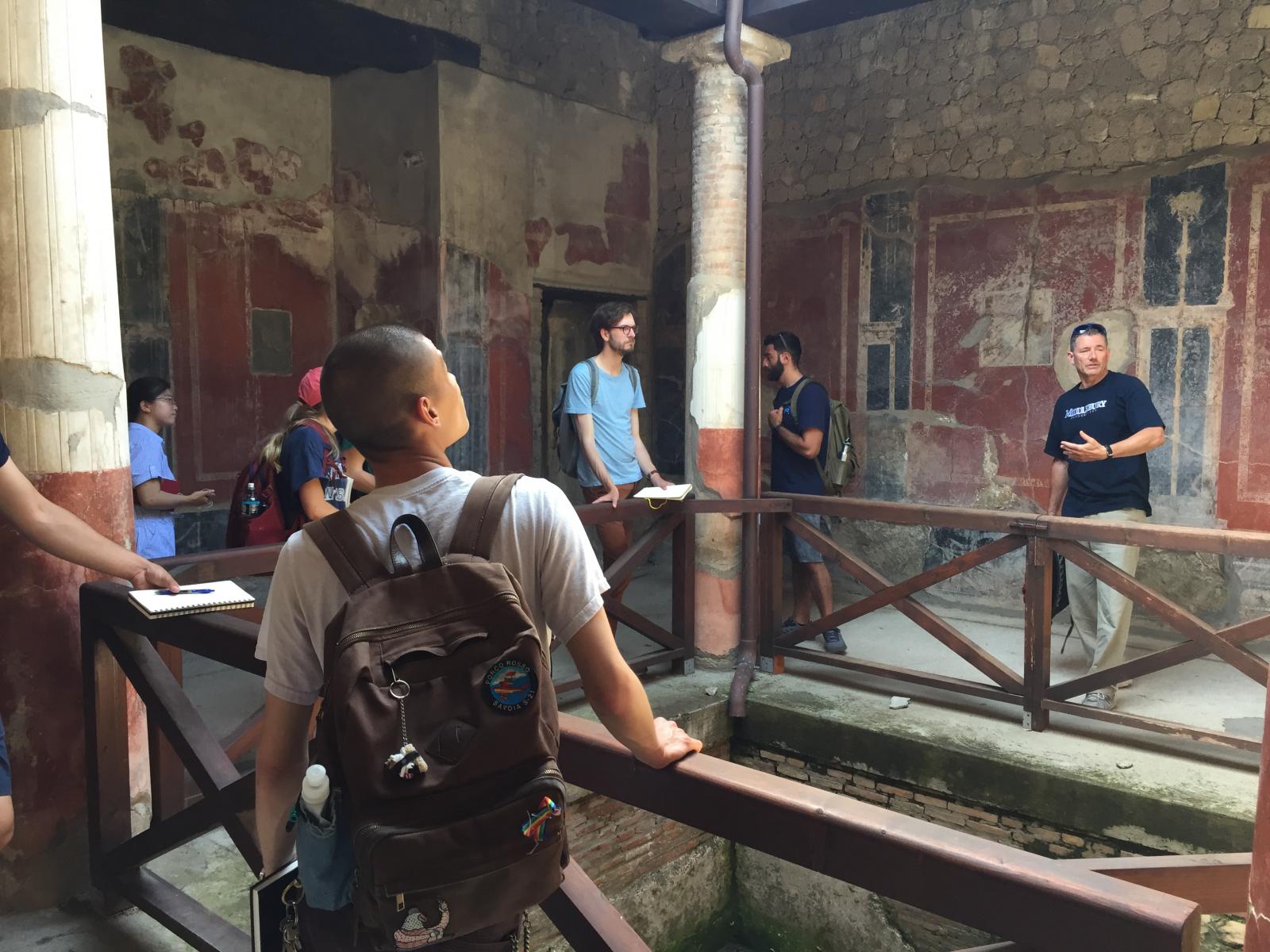 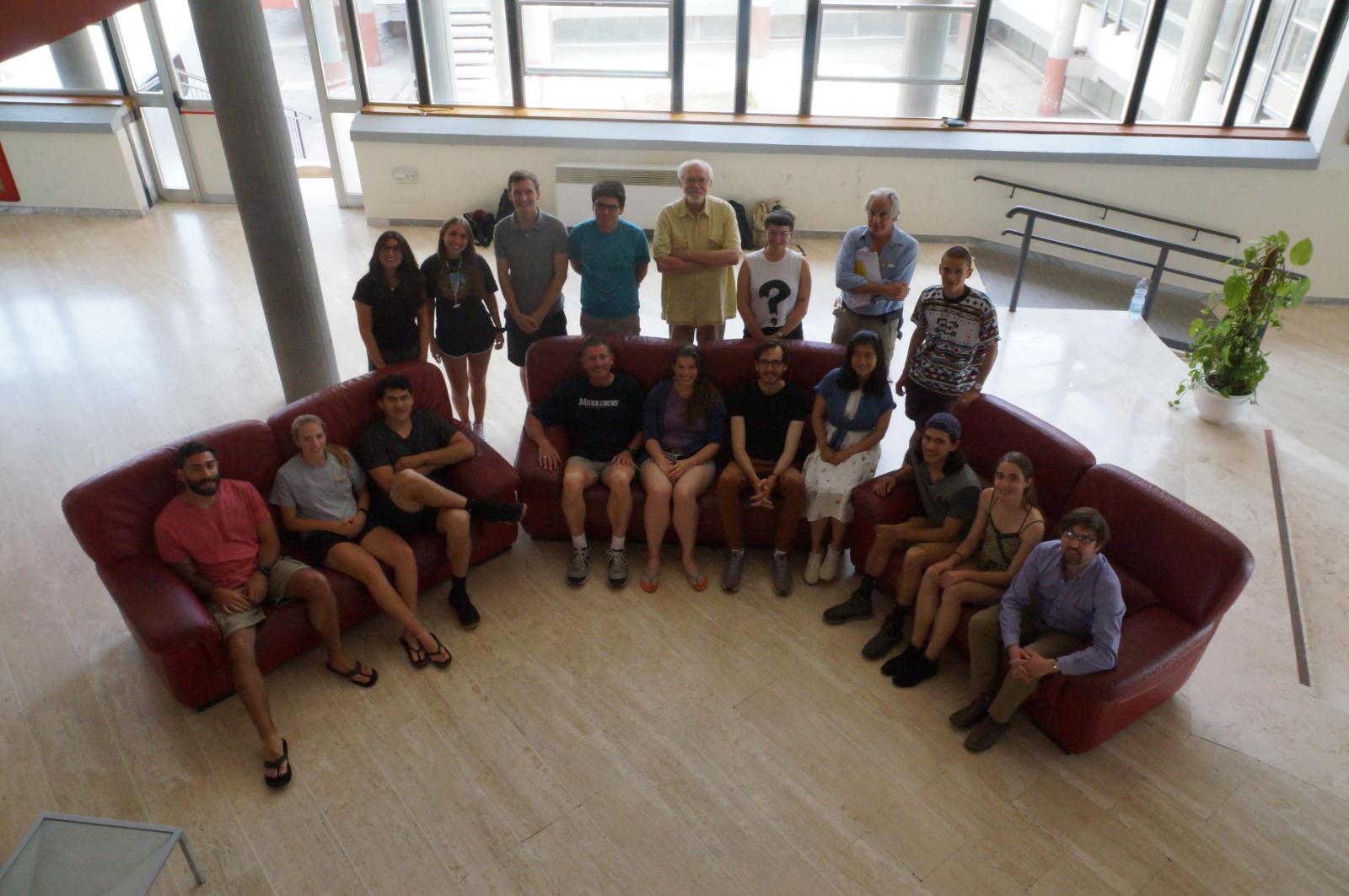 As has been the practice for nearly two decades, students at UMD have traveled to the site of several large Roman villas near the Bay of Naples in southern Italy, to experience field archaeology first-hand.

The seaside villas of ancient Stabiae provided a place for the Roman elite to vacation in luxury, as well as a way for them to flaunt their wealth and power. A once beautiful resort town, Stabiae overlooked the Bay of Naples and had a great view of Mount Vesuvius, just 10 miles to the north. When Vesuvius erupted in 79 AD, it left Stabiae under two meters of volcanic ash, turning it into an archaeologist’s dream.

Since 2000, the University of Maryland’s Architecture Program has been a major player in uncovering the Roman villas of Stabiae, one of the largest excavation sites in the ancient world. Each summer, architecture students have travelled from College Park to the coastal town as part of the Restoring Ancient Stabiae Foundation (RAS), a non-profit archaeological organization founded by the University of Maryland, the Superintendency of Archaeology of Pompeii and the region of Campania. During that time, student teams working with scholars and archeological professionals from around the world have successfully excavated and documented several of the site’s Roman gardens, courtyards and villas, including the Villa Arianna, known for its stunning frescos and private tunnel to the seashore.

Take a look at photos of the class’ work in our Flickr gallery, and read more about UMD’s work at Stabiae here.