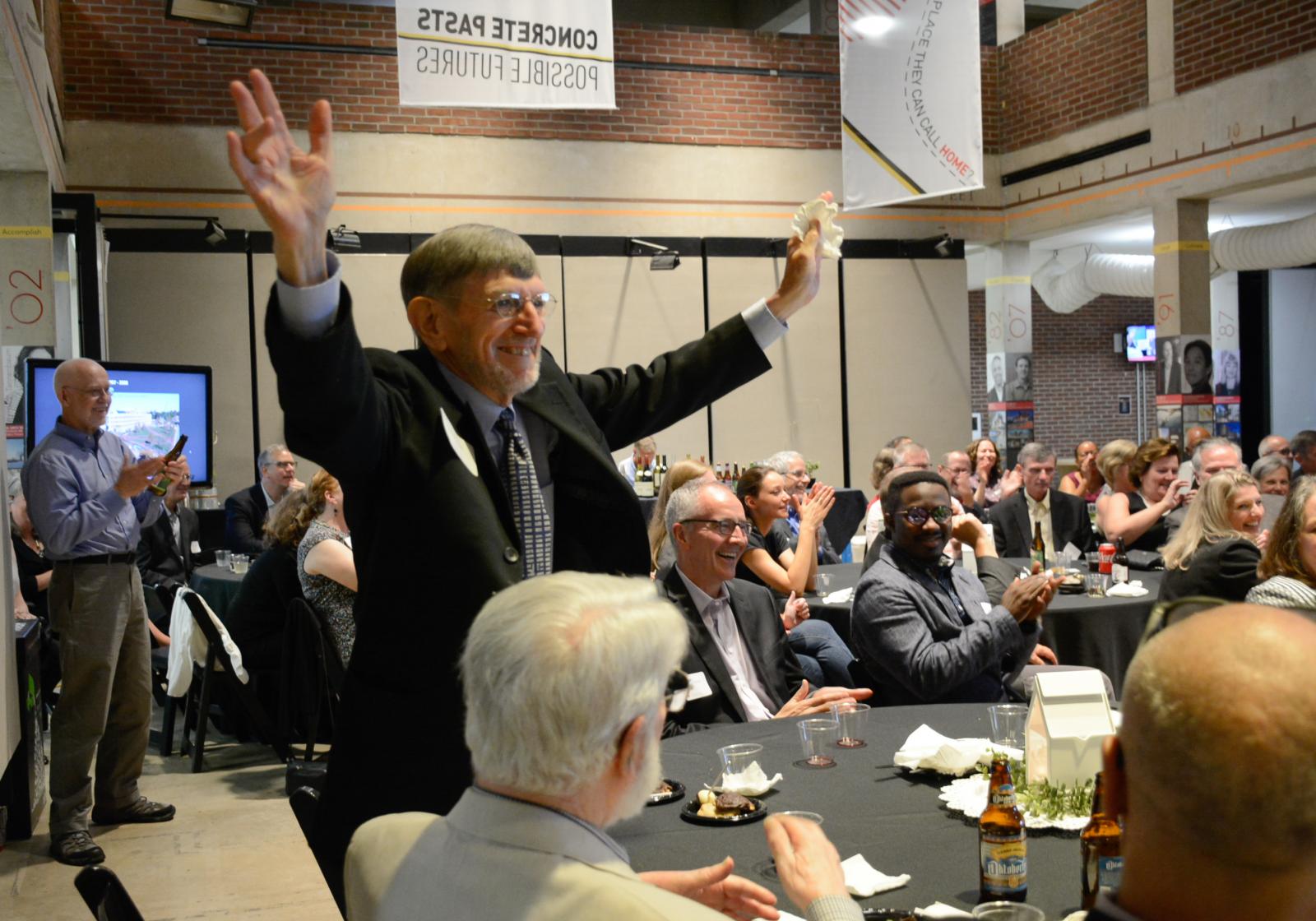 Steven Hurtt, a longtime faculty and former dean of the School of Architecture, Planning and Preservation, has been named professor emeritus of architecture by University President Wallace Loh.

Hurtt joined the school’s faculty in 1990 after almost two decades at the University of Notre Dame. During his nearly three-decade tenure at Maryland, he was instrumental in UMD’s planning and design processes for campus as well as greater College Park, helping three presidents and six provosts create their vision for an innovative learning environment and a quintessential college town. Alongside Architecture Program Director Brian Kelly, he helped develop the campus’ Facilities Master Plan in 1991. He led the design competition for the Clarice Smith Performing Arts Center and was involved in several iconic construction projects, including the Edward St. John Learning and Teaching Center, South Campus Commons and the Kim Engineering Building. At the school, he helped expand a traditional architecture program into one that encompasses a holistic, interdisciplinary education in the built environment, working with colleagues to bring urban studies and planning, real estate development and historic preservation to greater prominence at the university.

“Steve had both the vision and the courage to act on opportunities and then leverage them in very strategic ways,” Interim Dean Donald Linebaugh said last year upon Hurtt’s retirement. “He was instrumental in taking us from a School of Architecture to the interdisciplinary powerhouse that we are proud to call Maryland’s Built Environment School.”

After retiring in 2019, Hurtt focused on a number of writing projects, including coediting a book on the urban design legacy of architectural historian Colin Rowe. As emeritus, Hurtt looks forward to continuing his research and writing efforts and working with students in the school’s various programs.