Soul Food: As the Pandemic Persists, a MAPP Staff Member Finds Healing in the House Float 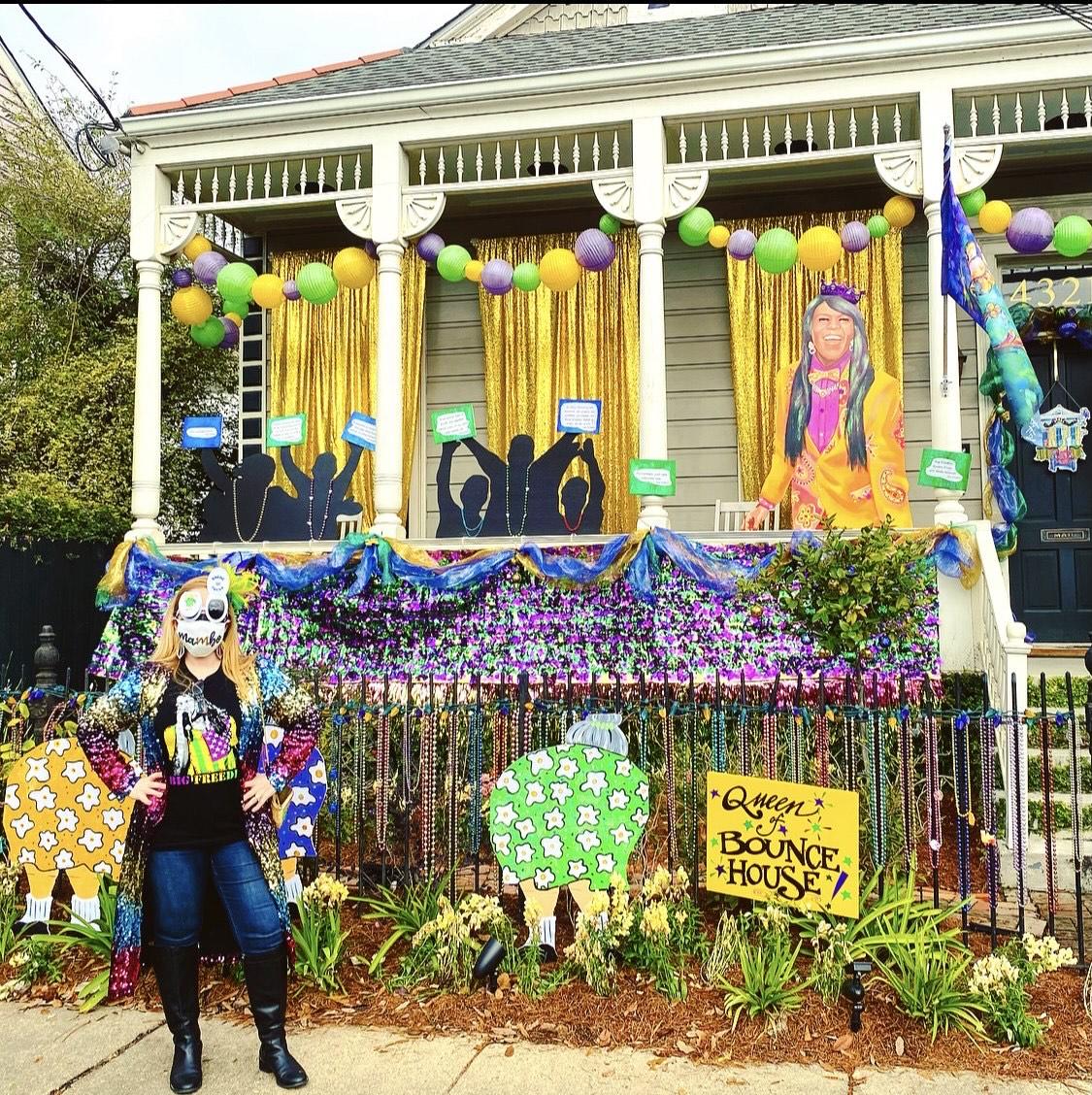 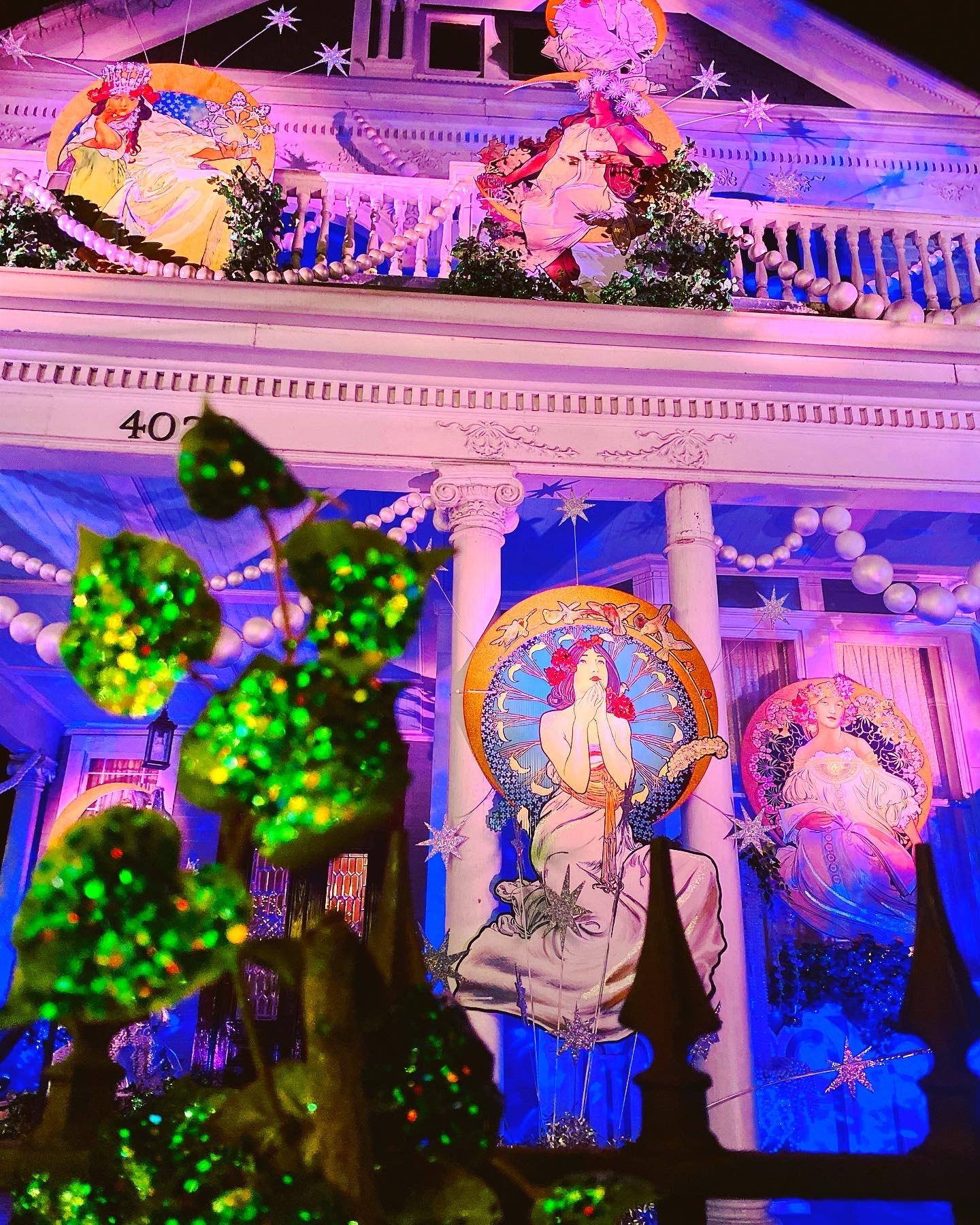 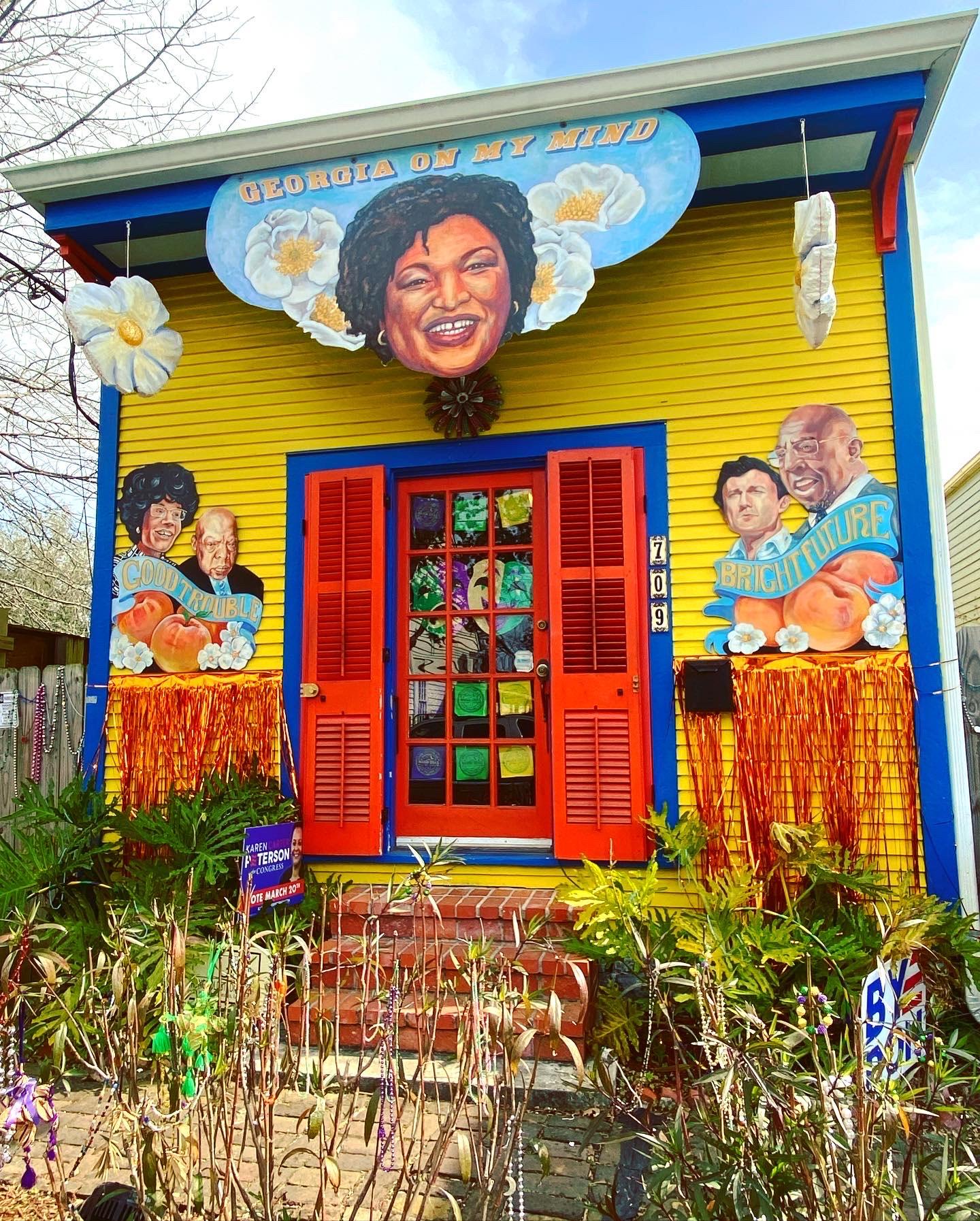 Shortly after COVID-19 sidelined plans for this year’s Mardi Gras parades in New Orleans, a grassroots effort to reinvent the city’s time-honored tradition began to take shape: the house float. Hatched to employ hundreds of out-of-work artists who rely on the steady income of Mardi Gras season, the project initially transformed 11 homes into stationary floats festooned for Carnival. Then, almost overnight, the project took on a life of its own, galvanizing homeowners by the thousands to convert the stately mansions and shotgun houses of New Orleans into ephemeral works of art.

For the world, the images of Mardi Gras 2021 were a proverbial shot in the arm and a reminder of human resilience. But for Laura Steeg, program assistant for UMD’s Historic Preservation and Real Estate Development Programs, it was an invitation: to allow the comfort she always found in her adopted home of New Orleans ferry her through an especially sorrowful year, capped by the unexpected death of her father in January.

“It was amazing and beautiful for me to see that the built environment could have an effect on my emotional state,” says Steeg, who last week, took extensive COVID precautions and drove the 1,200 miles to New Orleans to see the house floats up-close. “It was very healing and very joyous and I don’t know if I could have gotten it another way.”

Steeg’s introduction to New Orleans was shortly after Katrina, when she and classmates from the University of Delaware spent 10 days gutting homes that had been battered by devastating winds and storm surges. Steeg was overcome by the strength and humanity of New Orleans residents, many who lost everything in Katrina, yet returned each day with dinner and food for the volunteers. Year after year she returned for service and study trips—13 in all—including a job at Longue Vue House and Gardens. Eventually she sold everything and moved there. She and her husband were married in New Orleans and named their daughter Magnolia after the state flower. She can only recall missing Mardi Gras twice since 2008.

“I was not planning on going this year, but when I read about the house floats, well, it was just indicative of the kind of giving spirit that embodies the city of New Orleans,” she says. “It’s been such a hard year; and surrounding myself with that energy—I felt like I needed that now.”

Doing it safely was non-negotiable and Steeg took extraordinary measures to limit contact with people; despite having friends in town she toured alone, using a carefully thought-out map of locations she had researched in advance. The displays did not disappoint and, in true NOLA fashion, the welcome mat was out: a dinosaur towered over a house on St. Charles Avenue while another house paid tribute to the queen of bounce, Big Freedia. There were beads (thrown from a distance) and brass bands, but also lots of distance and masks.

The new concept, Steeg says, puts Mardi Gras back in the people’s hands; participating in the actual parades is prohibitively expensive and often only afforded by the elite. With the house float, anyone can be a part of the exhibition. While around 3,000 houses are part of the initial tour, it’s thought that close to 8,000 have transformed their homes for the occasion.

2021’s Mardi Gras offers a case study of the restorative power of architecture, cultural heritage and design. The effect of shuttered museums and cultural sites and the nation’s Capitol Building shrouded in fencing takes a toll on the human spirit. And, while this year’s display is fleeting in physicality, it endures in memory at a time when people like Steeg need it most.

“So much effort went into it to give joy to other people,” she says. “It’s been said that you can cancel parades, but you can’t cancel Mardi Gras. New Orleanians have always known this. Now the rest of the world knows that parades are just a small part of the magic.”