In Maryland, Asian-American Heritage is Endangered. Karen Yee Wants to Change That. 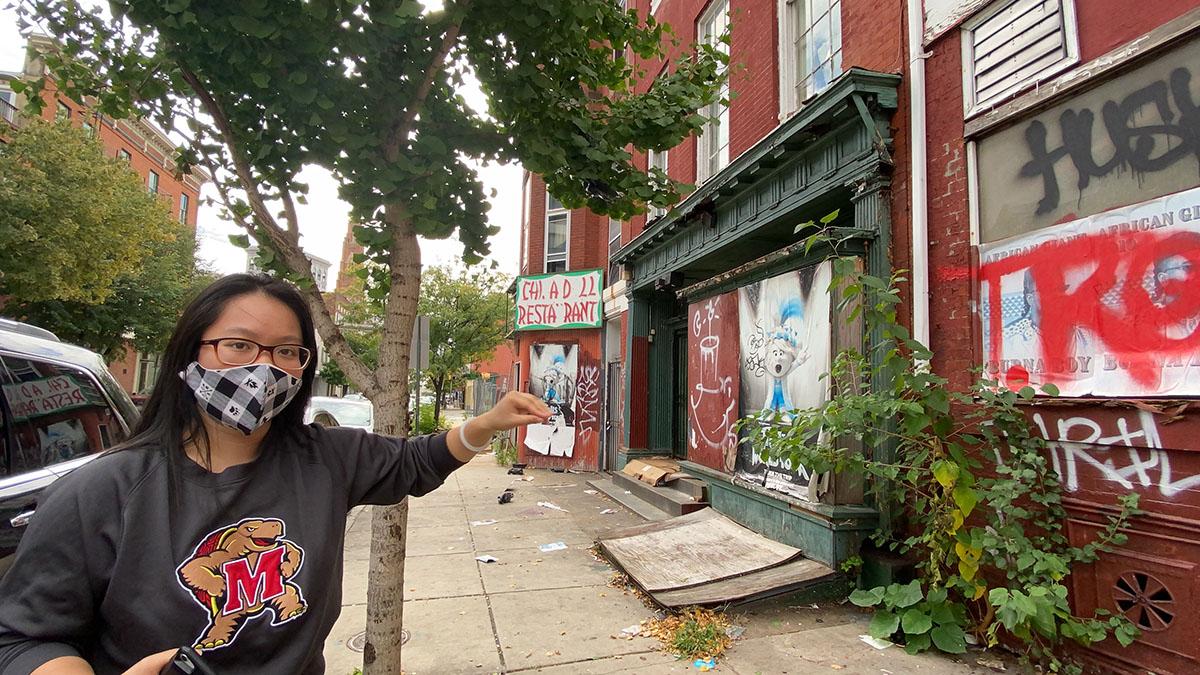 When Karen Yee wants to immerse herself in her native Chinese culture, she doesn’t head to the noisy ornamental facades of D.C.’s Chinatown. Yee’s definition of Chinese culture is nearly invisible from the street.

“There’s a distinct difference between D.C.’s Chinatown and an ethnic suburban area,” she explains. “They look very different. In D.C.’s Chinatown, you will find a lot of Asian architecture, but the culture really isn’t there anymore. In the suburbs, you often can’t tell if it’s a Chinese establishment unless you walk in and see who’s working there or look at their menu.”

It was that piece of information, Yee says, that was most surprising to her classmates on a walking tour of Asian communities this past fall in Maryland. A graduate student pursuing a dual degree in historic preservation and urban studies and planning, Yee was plucked for the assignment after spending several months researching Chinese heritage in Maryland as part of an internship for the Maryland Historical Trust (MHT) last spring.

Yee did not set out to pursue a career in preservation or planning, initially pursuing a degree in STEM during her undergraduate years at UMBC. Chemistry turned out to be her undoing, but her backup minor in history—a subject she loved since her childhood—won out, and proved to be a natural fit. She learned German so that she could better translate the European history she was researching for her senior thesis. A need to fill an empty course slot led her to a class in historic preservation. With just months to go in her degree, her advisors were pointing her toward government jobs, which were not appealing to Yee; she loves cultures, loves reading about them and loves talking about them.

Then one day in the preservation class, her professor gave a talk on the lack of diversity in the field.

“I looked around the room and realized I was the only Asian person there and I thought, ‘oh, I need to do something about that,’” she says. ““That class really pulled through for me!”

Before her internship with MHT, Yee’s knowledge of Asian American history was gleaned mostly from her father, who immigrated to the United States in the third major Asian American wave. Her father’s family first immigrated to the states in the early 20th century, gradually bringing over additional generations, often as Paper Sons; her great-grandfather owned a laundry in New York and there are records of family in Maryland as early as 1911. Yee was just getting her own research off the ground when COVID-19 braced the country.

“Everything just shuttered because of the pandemic,” she said. “The archives closed and weren’t accepting any requests. Not everything is published online, so I was limited.”

Yee’s tenacity and resourcefulness garnered enough information to help MHT secure a grant from the National Park Service to develop an official historical context statement of Asian American heritage in Maryland, and served as a foundation for her classmates this fall in developing a toolkit for engaging underrepresented communities and documenting their cultural heritage. A partial re-opening this past fall allowed her and her classmates to visit the Maryland Center for History and Culture, where she was able to see the material she had been researching for months online up-close.

“Karen was finally able to hold these publications that she had only seen as citations,” said Michelle Magalong, PhD, UMD Presidential Postdoctoral Fellow in the Historic Preservation Program, who has been overseeing Yee’s work. “I don’t know if anyone felt the magic in the room but, to me, this was so important. I think it affirmed to her that her history mattered.”

Yee spent the summer working with Magalong on the Asian and Pacific Islander Americans in Historic Preservation’s East Main Street project, a crowd-sourced mapping project of historic sites for Asian Americans in the U.S., where anyone can “pin” a place of significance. After finishing her degree, she hopes to pursue a career in preservation planning, where communities help define the goals and priorities for the preservation of its historic and cultural resources. It is a method of preservation that Yee feels is integral to giving voice to communities and for projects like East Main Street to recognize and solidify heritage for future generations.

“Growing up in Montgomery County, even though it is so diverse, I didn’t learn about Asian American history at all,” says Yee. “Projects like these let students see how Asian Americans have impacted their community and understand what changes have occurred since then.