Life, Liberty and a Place to Live 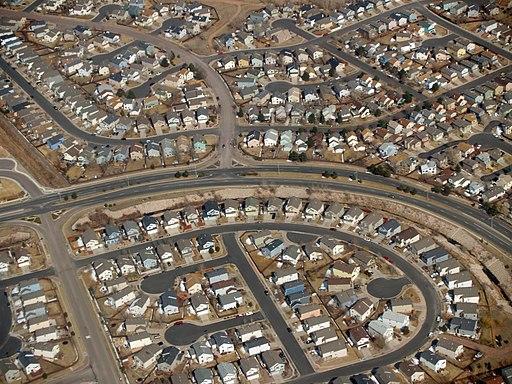 For the 500,000 people currently owing back rent in New York City, the definition of housing justice could not be clearer. The same could be said for residents in Montgomery County, Maryland, who fought a zoning change to allow accessory dwellings last year or for YIMBYers in California advocating for more dense, but not necessarily affordable, development.

America is in the midst of a housing crisis. But, as Casey Dawkins explains, that crisis looks very different, depending on who you ask.

In his new book, Just Housing: The Moral Foundations of American Housing Policy, Dawkins, a Professor of Urban Studies and Planning at the University of Maryland, offers common ground in a murky, contentious and very urgent national conversation, and a revised definition of housing justice that could fulfill the dream of decent housing for all.

Dawkins has researched and written on housing policy for decades and has worked regionally on sustainable housing frameworks, including the Baltimore Regional Plan for Sustainable Development. He says that the decades-long debate around fair housing generously references equity and justice, but often overlooks what that actually means, creating a disconnect not just among different advocacy groups, but between the philosophical concept of justice and what that would look like writ-large in U.S. housing policy.

At the heart of Dawkins’ book is the idea that housing is not a luxury, but a moral right rooted in an ideal he calls civil equality: that housing is an important ingredient of a flourishing American life and is intrinsically tied to all facets of economic and social prosperity. Dawkins dismantles the history of housing tradition and policy in America—from the ideals envisioned by our founding fathers and the traditional American Dream to the influence of political structures and contemporary challenges—while simultaneously drawing on philosophical theories of justice. Connecting the two, Dawkins presents a middle ground that speaks to different constituencies on various sides of the housing debates to inform the future of U.S. housing policy.

“This is a new conception of housing justice, one that can forge a connection and be practical enough that the ideas can be applied in very tangible ways,” he said.

But how can policymakers put the philosophy of “housing as a right” into practice? Dawkins says that strong protections for the rights of occupancy, such as basic tenant rights, should be adopted locally. He also stresses that housing as a right is more than a roof over one’s head; rather, it is housing that is located in places with public infrastructure and that are free of environmental hazards. But nationally, a concept he calls the “negative housing tax,” where renters and homeowners are treated equally under the tax code, could save billions of dollars, money that could fund a guaranteed housing allowance.

“There is no justification for treating homeowners in a privileged way,” he said. “And if you eliminated the tax deductions that go to homeowners, it’s revenue that we could spend to get a lot of people into housing.”

Elements of Dawkins’ idea have floated around over the past couple of decades; tax reform was a popular topic of discussion during the Obama administration and the idea of offering a guaranteed rental allowance is currently gaining popularity. But, as Dawkins explains, these two ideas haven’t been married together in the manner described in his book.

“There’s a rationale for tying these two ideas together, it just hasn’t happened,” he explains. “And if you are going to offer a guaranteed housing allowance, you really need to find a way to pay for it.”

Dawkins is on sabbatical this semester with the U.S. Department of Housing and Urban Development to further develop his concept. Just Housing, he hopes, will add clarity to the housing conversation and guide new approaches to securing housing for all.

“A legally protected right to housing is urgently needed,” he said. “We owe it to everyone to ensure that people have that minimum level of dignity and respect.”