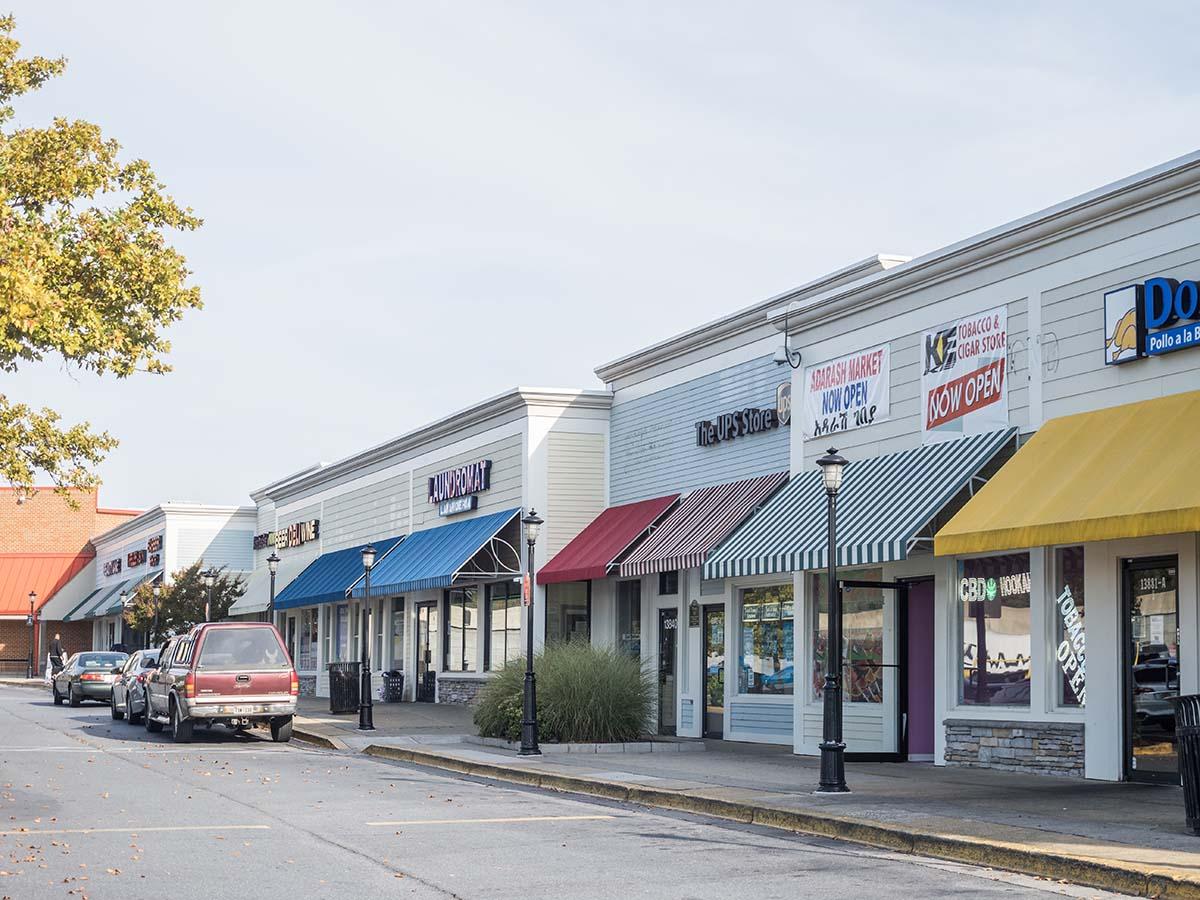 One of the most challenging roles an urban planner must play is that of a soothsayer: prognosticating the future of a community in the face of almost impossibly unpredictable forces like climate change, the economy or a pandemic. But a fall studio by urban planning and historic preservation students at the University of Maryland attempted to do just that for one suburb in Montgomery County, Maryland, in advance of its revamped master plan, visualizing what life in Fairland/Briggs Chaney would look like for residents under three alternative futures. The projects, which also offer creative strategies for making a thriving, just community a reality, were presented last week to the Maryland-National Capital Park and Planning Commission (M-NCPPC) and community stakeholders.

“This was a great presentation,” said Michelle Nelson, a program manager with M-NCPPC, to students. “I was definitely inspired by the thorough analysis and big ideas. It’s great information and inspiration to create new solutions.”

Fairland/Briggs Chaney is a rapidly growing bedroom community located 13 miles northeast of Washington, D.C., in the eastern pocket of Montgomery County. The community’s population hosts a racially and economically diverse, majority-family population and is at the nexus of two of the county’s heavily traveled corridors—the Inter-county Connector (ICC) and U.S. Route 29. In April, Montgomery County commenced work on revising the community’s master plan—last written in 1997—which coincides with the countywide Thrive Montgomery 2050, a framework for addressing future challenges, like growth, housing shortages and climate change, as they look to create an inclusive, equitable and resilient future.

To develop a road map for Fairland’s best possible future, students first had to envision what that future would look like. Through detailed trend analysis, community listening sessions and county and stakeholder input, the planning students identified three of the community’s most pressing issues—climate change, community and economic development and housing. They then employed scenario planning, a process that helps government agencies navigate and plan for unknowns, to create three distinct, alternative futures for Fairland/Briggs Chaney 2030: “status quo,” or what the community would look like under no policy change; “reform,” the community’s future if every goal from Thrive 2050 were realized; and “revolution,” a plan that pushes Thrive 2050 further.

Using detailed and humanizing vignettes, the students were able to communicate each future’s impact through a day-in-the-life description of one resident, demonstrating how broad policy trickles down to an individual’s quality of life. While the status quo scenario offered a bleak, disenfranchising future for community residents, the revolution scenario on the other side of the spectrum offered a strikingly inventive and visionary portrayal of a sustainable and vibrant community.

This scenario, said URSP graduate student Carter Reitman, envisions a truly just future for Fairland/Briggs Chaney, one that is carbon-negative and equitable and that prioritizes housing protection, community and health.

“It seems daunting and ambitious, particularly at the speed of which government moves, but it’s not impossible,” said graduate student Pierre Gaunaurd. “If the commitment is there and the funds are there, it’s possible.”

Reflecting the listening sessions students conducted with community residents, Fairland/Briggs Chaney 2030 under the revolution scenario is carbon-negative with quality, dignified housing, vibrant public spaces and emissions-free, multi-model transportation options. Using case studies from around the world, students proposed novel strategies to achieve this future, such as the expansion of light rail and tree canopy programs, applying cooling paint to roofs and pavement, and vertical farming to support a year-round farmer’s market. More ambitious plans, such as repurposing the area’s enormous autopark and eliminating the ICC on- and off-ramps, would reclaim greenspace and open the door to more housing, a walkshed and, possibly, a walkable town center.

“I thought the honesty was excellent; they were incredibly thorough of what really could happen,” said Don Ziegler, a master plan supervisor with M-NCPPC. “I was really struck by their reformist vision, which pictures Fairland/Briggs Chaney after implementing Thrive 2050. Even if we applied every principal of that plan, it still wouldn’t address all of the social, economic and environmental challenges that we’re facing in this community.”

The students also suggested policy that would enhance housing and small business opportunities and protections, critical for an area that will continue to see rising rents. Phillip Estes, a planning coordinator for M-NCPPC, said that the student’s concept for creating community investment trusts would be very relevant for the richly diverse, immigrant population, who have a high rate of entrepreneurship.

“If we can help facilitate opportunities for small businesses or identify barriers we can really foster the local economy and create more jobs,” he said. “The students’ ideas really provide us the opportunity to think outside of the box.”

The historic preservation students also used scenario planning to explore varying efforts to protect and amplify the area’s history, which would shape the community’s identity and culture. Their ideas—which includes preserving specific archeological sites and buildings and renaming areas and streets—look to weave the community’s history into its built environment, beginning with the 8,000 Indigenous people who once called the land home. Their plans also look to the future, suggesting regular, ongoing conversations with the multi-ethnic community to identify resources and places they want preserved for future generations.

“I thought it was a really interesting idea to expand the kind of properties that are historically significant by looking at the integrity criteria and intangible resources,” said Montgomery County Preservationist Brian Crane.

The joint studio was one of 10 projects tackled by students and faculty this semester as part of the University’s Partnership for Action Learning in Sustainability (PALS) program. This year, students and faculty worked with the Prince George’s County Planning Department, the Prince George’s Department of Parks & Recreation, the Maryland Department of Natural Resources, Montgomery County Parks, and the towns of Garrett Park and Oxford on projects across the state, from resilient design plans on Assateague Island to a youth sports facility mapping app. Final reports, including a report on the Fairland/Briggs Chaney Master Plan, will be submitted to stakeholders later this month.

“This is the perfect time for students to get involved in this process,” said Zeigler. “They’ve offered a good guide to these conceptual frameworks and how we can apply them to really impact communities, particularly those who are going to need more than just the traditional land use and planning.”