"Feel the Force" by Frances Bronet and Alito Alessi 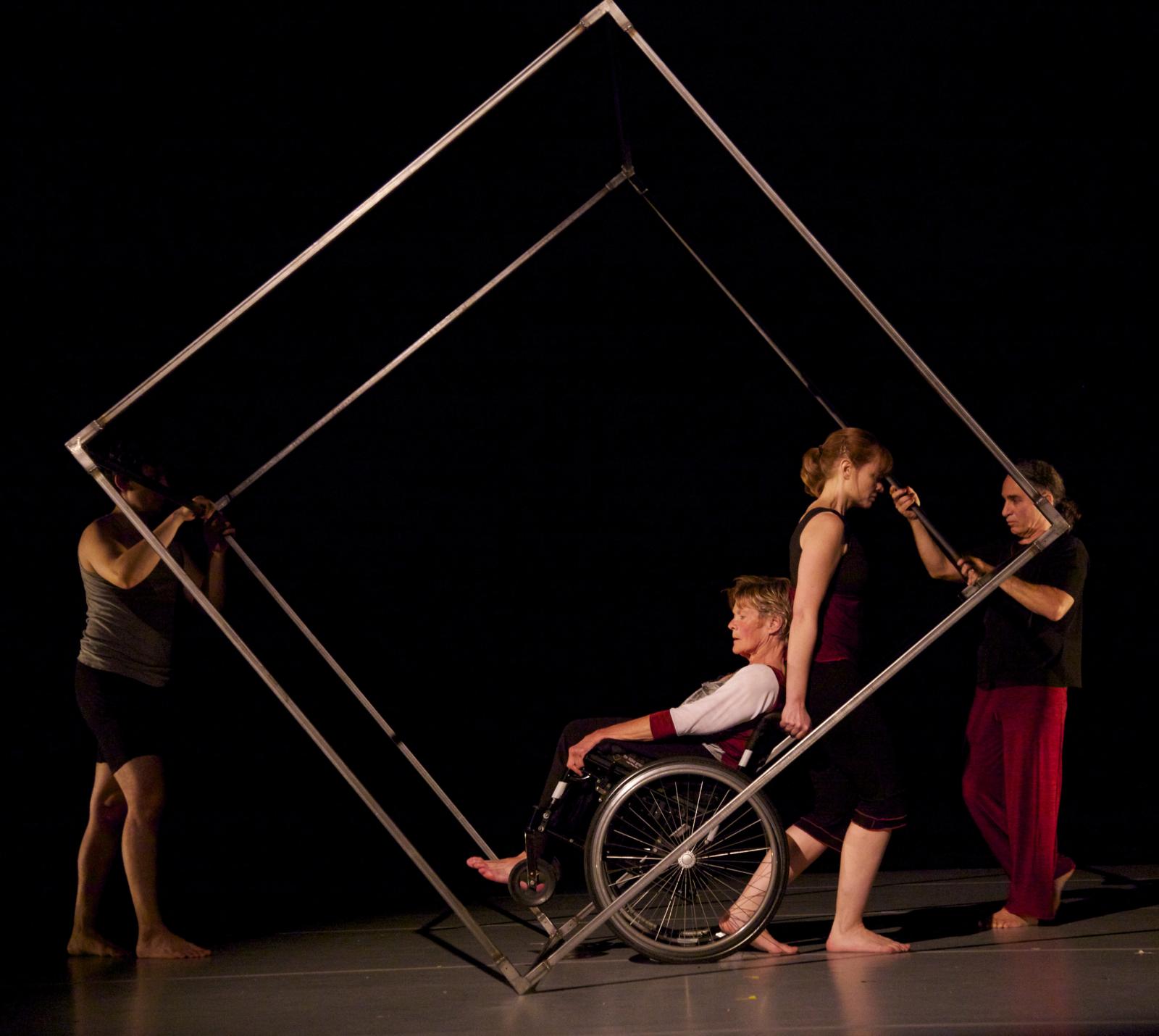 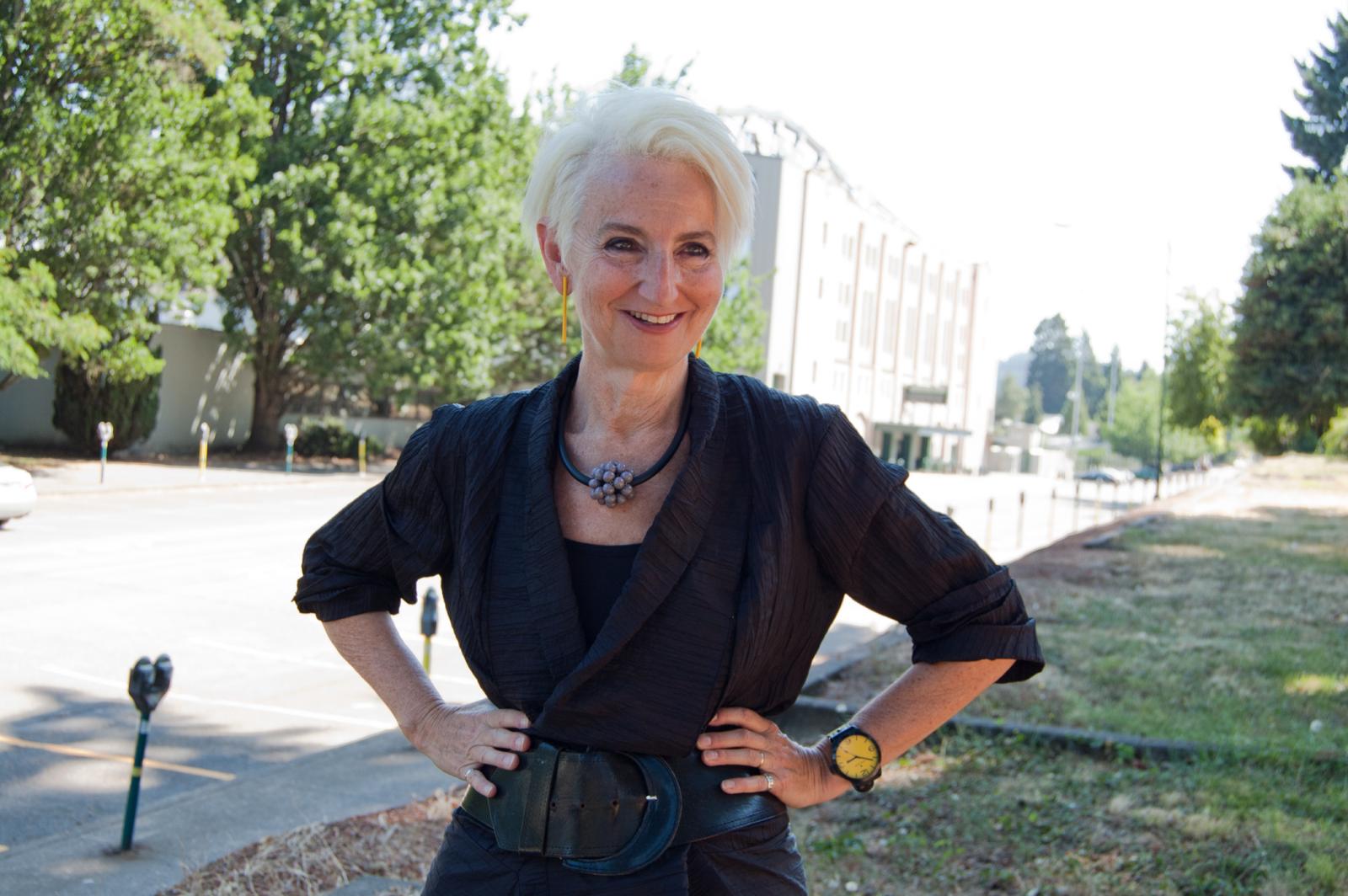 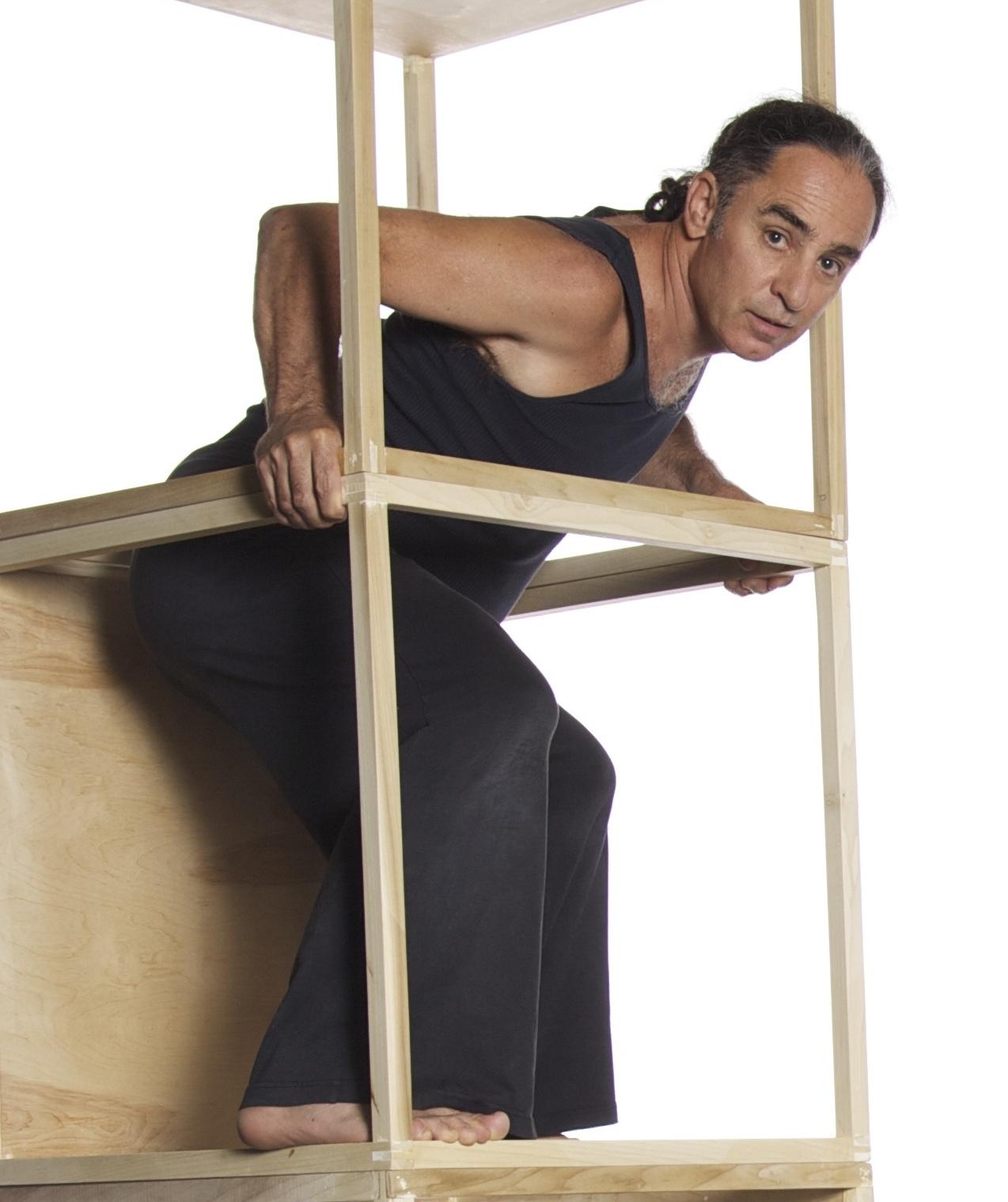 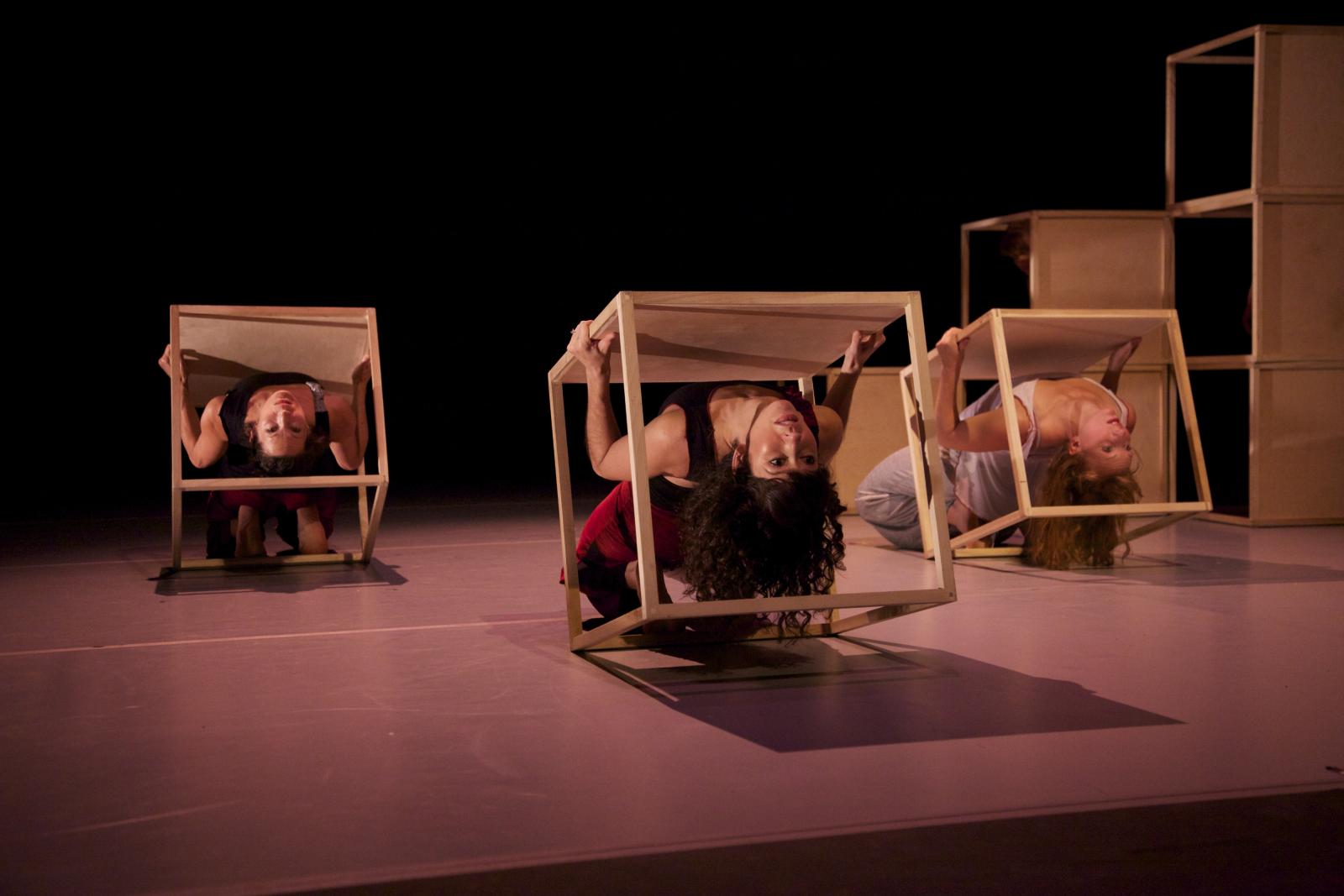 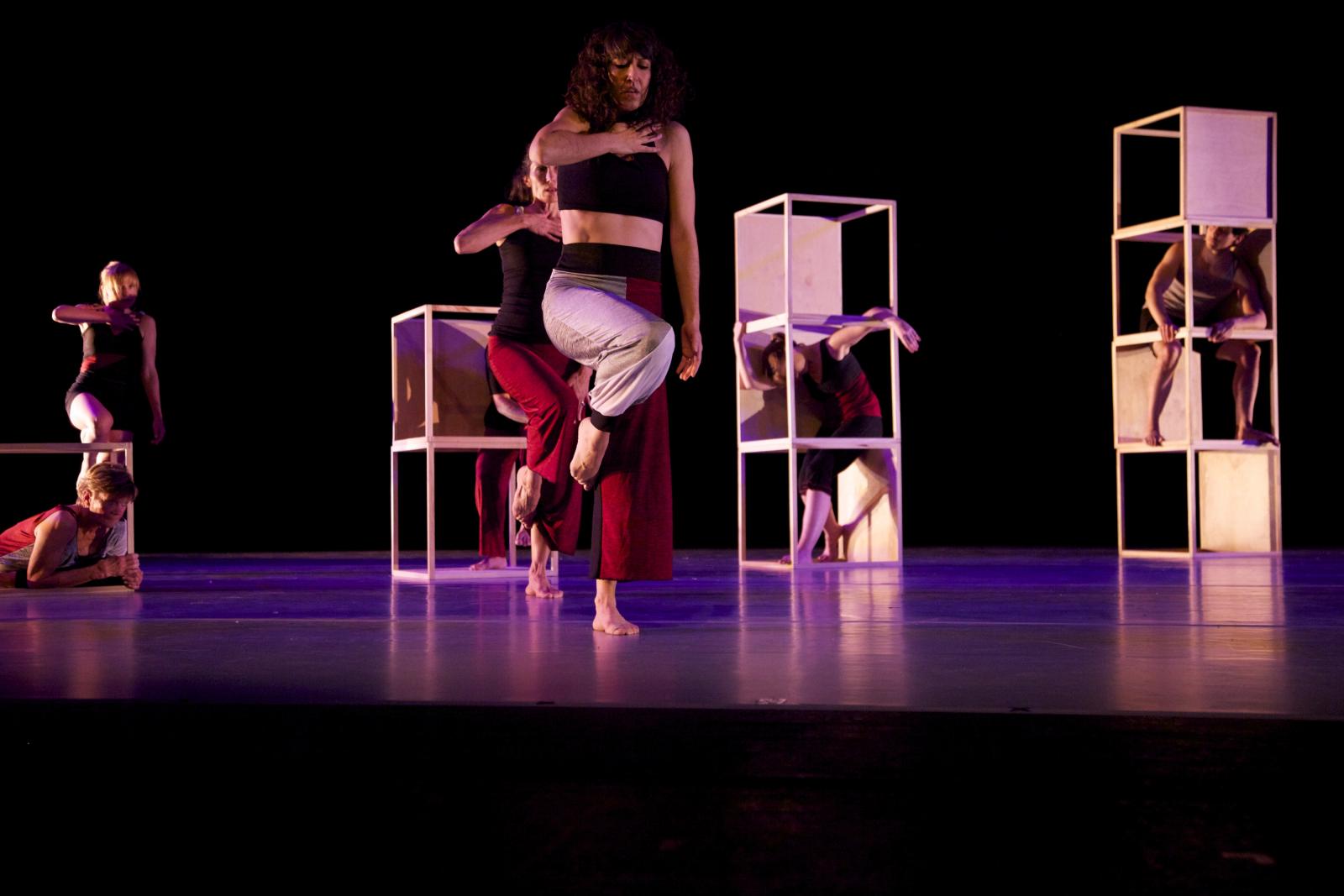 Alito Alessi (DanceAbility International) and Frances Bronet (Illinois Institute of Technology) will discuss how physical and architectural bodies impact each other in their “Don’t Leave Me” mixed-abilities dance/architecture performance piece. The installation is only stable if the dancers manage their movement and shift their weight; the project depends on the collective musculature of the bodies and resulting architectural interaction.

DanceAbility International method founder Alito Alessi and Illinois Institute of Technology Provost, Frances Bronet, will discuss how physical and architectural bodies can influence each other. There is a tendency to design to increase the efficiency of people with disabilities (i.e. prosthetics), but also a possibility of celebrating human variability just as it is. They will discuss the implications of how the structures in the “Don’t Leave Me” mixed-abilities dance piece are only stable if the dancers hold them together with their hands or manage where their bodies and shifting weight are placed. How high can we climb? The collective musculatures are part of the architecture. If we cannot feel the force that we exert on each other, sometimes by just leaning on your next-door neighbor, or through the vehicle of an unstable structure, then there will be failure. If you leave me, I will topple. If I feel the right forces, I can do more.

Alessi and Bronet were lead collaborators on the “Don’t Leave Me” mixed-abilities dance piece. Alessi is a Guggenheim Fellow and Fulbright Senior Fellow for his choreography and dance pedagogy achievements with the DanceAbility method. He is the Artistic Director of Joint Forces Dance Company and DanceAbility International. He is known internationally for connecting people of all disabilities and abilities into dance, both at a recreational level and in critically acclaimed choreography. He was also a U.S. State Department designated Arts Envoy to Mongolia, the Philippines, and Indonesia, and won Hong Kong’s Choreographer of the Year Award.

Bronet has a deep interest in “design in movement.” She has designed with several nationally significant choreographers, from Doug Varone to Ellen Sinopoli, and as Dean of the University of Oregon School of Architecture and Allied Arts, and then as acting provost, supported the Adaptive Athletes section of the Product Design Program. She was also a Distinguished Professor, Association of Collegiate Schools of Architecture. She is senior vice president and provost at the Illinois Institute of Technology. Previously she was acting dean of architecture at Rensselaer Polytechnic.

She has been developing and publishing work on multidisciplinary design curricula connecting architecture; engineering; science, technology and society (H&SS); dance; and electronic arts for the past 20+ years. She has received extensive funding from NSF, NEA and NEH/FIPSE for work on new pedagogical models using design for technical and/or interdisciplinary learning.

Selected publications include: “Quilting Space: Alternative Models for Architectural and Construction Practice,” in Research in Science and Technology Studies: Gender and Work; “Space-in-the-Making,” in Geographies of Dance; “Teaching the Design: Feminist Practice,” with Linda Layne, anthropologist, in Feminist Technologies; “Product Design and Innovation: The Evolution of an Interdisciplinary Design Curriculum,” International Journal for Engineering Education (with Gabriele, et al).

Bronet has been named an Association of Collegiate Schools of Architecture (ACSA) Distinguished Professor, a Design Intelligence Most Admired Educator (2011 & 2014), and is the co-founder of the ACSA Women’s Leadership Council. She recently co-chaired the ACSA New Administrators’ Conference. Bronet will serve as ACSA Vice Chancellor for the College of Distinguished Professors in 2015 and as Chancellor in 2016. She is a recipient of the 2001 Carnegie Foundation for the Advancement of Teaching New York Professor of the Year and the 2001 William H. Wiley Distinguished Professor Award for excellence in teaching, research, service and contributions to the university and community.

Alessi's D.C. trip includes these other events: He will lead a two-hour DanceAbility workshop open to the public at Dance Exchange on Saturday, October 15th, as part of a Dance Exchange day of diversity which runs10:30 - 5:30p.m. at their studio at 7117 Maple Avenue, Takoma Park, Maryland 20912

Sunday, October 16th, the Alessi and Bronet directed performance piece, "Don't Leave Me," has its eastern U.S.A. premier at the National Building Museum at 6:00p.m. FREE for STUDENTS

Monday and Tuesday, October 17-18, Alessi will teach master classes for students enrolled in certain dance classes at the University of Maryland, as well as some workshops for non-dance majors.

School of Architecture, Planning & Preservation and its Diversity & Inclusion Committee

Office of Diversity and Inclusion’s “Rise Above” Grant