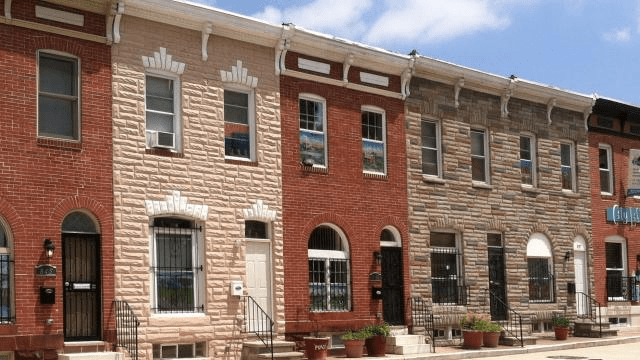 Challenges facing West Baltimore residents in accessing opportunity were the focus of seven community forums this past spring, conducted by the University of Maryland’s National Center for Smart Growth. The forums are a vital piece in identifying both barriers and opportunities to technology in low-income communities for UMD’s West Baltimore Smart Cities Initiative, a collaboration between the University of Maryland’s iSchool and National Center for Smart Growth; Morgan State University; Johns Hopkins University; and the University of Baltimore, which launched last fall. Funded by the National Science Foundation (NSF), with additional support by Enterprise Community Partners, the initiative is developing a plan that applies cutting-edge “smart” technologies to improve the lives of West Baltimore residents.

“The barriers to opportunity are a very real thing in West Baltimore,” said Gerrit Knaap, Director of the National Center for Smart Growth. “They can influence employment, access to healthcare and neighborhood safety. We hope that the information we garner in working with residents, will inform a plan that has the power to level the playing field.”

Many cities across the country are embracing the idea of smart technologies, but fewer are using them to help bridge the digital divide, where disadvantaged communities have less access to technology. The idea behind the West Baltimore Smart Cities Initiative is to gather information from residents about priorities for neighborhood improvements, and how technology can help to address issues of access to transportation, jobs, housing or social services. The forums helped researchers understand what access to technology and use looks like in West Baltimore, as well as the barriers that residents face in accessing technology, including issues like internet access, lack of home computers and slow data speeds. Working with Morgan State University and Baltimore’s Office of Information Technology, researchers paired information about neighborhood priorities, technology access and barriers, with information about smart technologies already in use in the City of Baltimore and elsewhere, such as smart street lights and trash cans. Together, the information will provide a jumping off point for ongoing focus groups, where researchers will work with residents to come up with new smart city ideas, gauge their viability and expand on those that hold promise. The team is working closely with UMD’s iSchool to strategize how to balance community concerns and priorities with issues of privacy, data access and management.

Another biproduct of the West Baltimore Smart Cities Initiative is a new documentary by UMD’s School of Journalism’s Emmy award-winning ViewFinders class. Funded in part by the Partnership for Action Learning and Sustainability, the film takes an intimate look at the barriers to opportunity that Baltimore residents, particularly youth, face. The focus groups served as a starting point for the film.

“The message conveyed in the film is in line with many of the things we heard in the focus groups,” said Assistant Professor of Urban Planning, Willow Lung-Amam, who helped to lead many of the focus groups. “Residents in West Baltimore face many barriers to opportunity—be it reliable transportation or affordable housing—but they are resilient and constantly finding creative ways to confront these challenges with few resources.”