A Campus Legacy, by Design 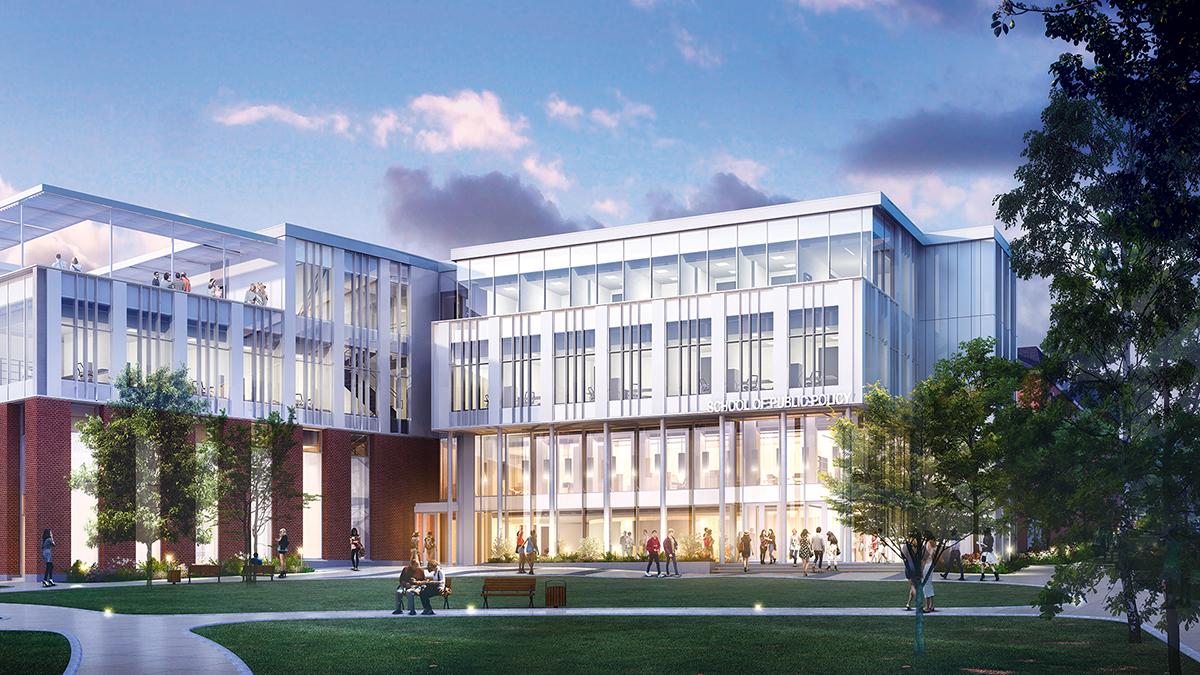 It’s said that the first whispers of democracy were uttered on the steps of Athens’ Ancient Agora. Considered the birthplace of public discourse, the Agora was a rally point for philosophers and farmers, politicians and merchants to debate the tenets of culture, politics, and economics that shaped democratic thought. So, it might not be surprising that, when tasked with envisioning UMD’s new School of Public Policy, architect and UMD alumna Irena Savakova (’95) turned to the Agora for inspiration.

Savakova has walked the site, nestled between Baltimore Avenue, the Armory and Chapel Hill, many times: first as a student in the 1990s, while she was obtaining her second Master of Architecture degree, and more recently, as vice president and global design principal for Washington, D.C. design firm LEO A DALY. She helped land the contract for the school’s new building by coming to the table ready to listen, one of the only proposals presented that wasn’t a complete solution. A collaborative design process and her team’s careful consideration of campus input is reflected in a number of touches throughout the school’s new home.

“This building will become history one day,” said Savakova, who serves as the design principal on the project. “My goal was to offer a window into the past and an invitation into the future, where people can have discussions and come up with the ideas that will impact our world.”

Savakova is among an elite group of alumni who have returned to the University of Maryland to make impact—through bricks and mortar, glass facades and contoured marble. Beginning with Thomas Eichbaum (‘74), who helped design Van Munching Hall in 1992, architecture alumni have lent their inspiration and talent to UMD’s fabric, conceiving designs for over 25 campus buildings, not including countless additions and renovations, projects throughout Greater College Park and over a dozen master plans.

Their inspiration has come from unlikely sources: a memory or milestone, a moment in history, nature, even a vexing challenge. In the Spring 2021 issue of TERP Magazine, we get behind the bricks-and-mortar to learn what drove the design of some of Maryland’s most iconic spaces—and a few on the way. Explore the interactive map.