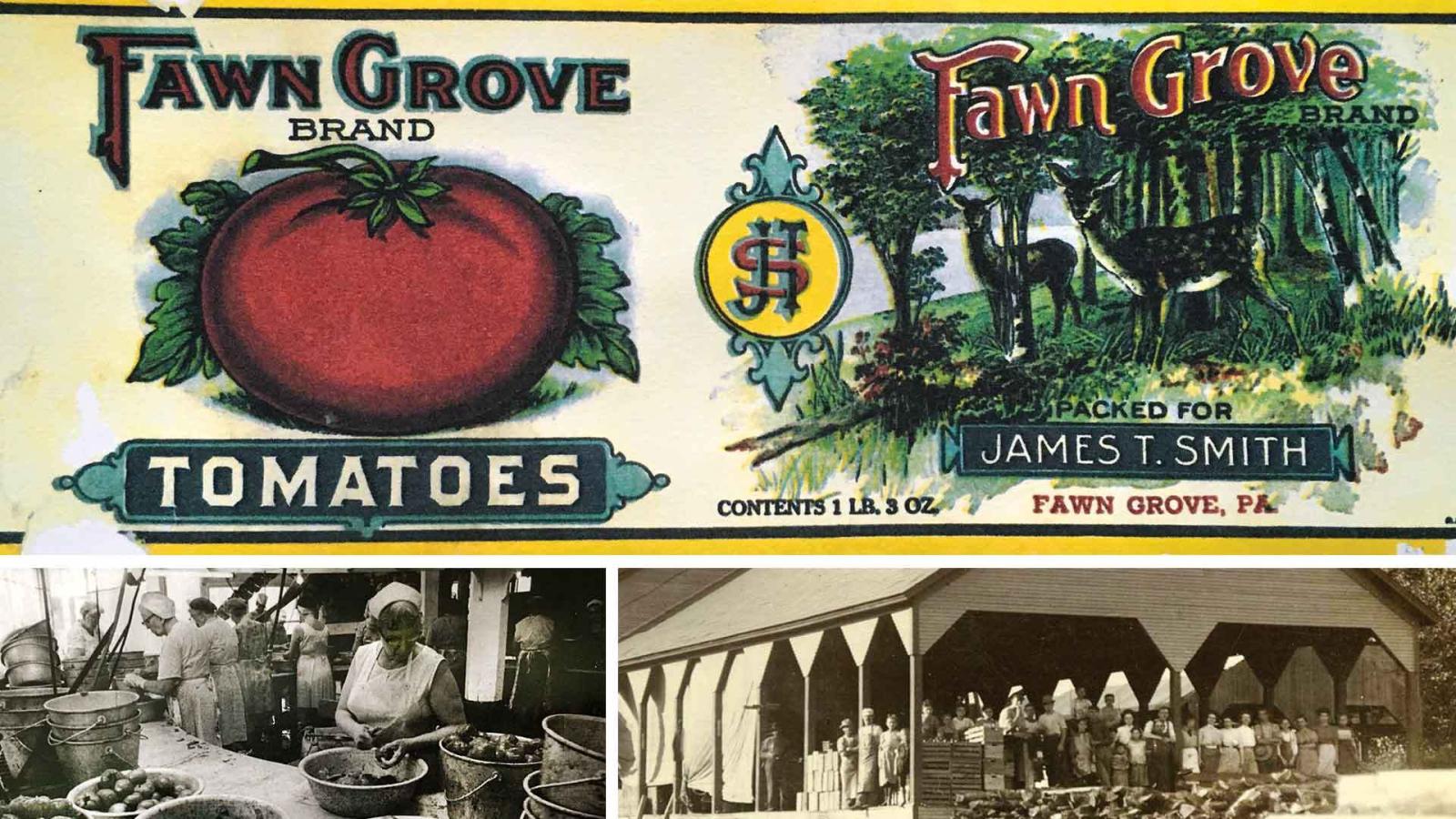 Humble cans of peas, chicken noodle soup and chili got a little more respect during the COVID-19 pandemic, as people stocked up on shelf-stable foods to avoid unnecessary trips to the grocery store. But canned goods have fallen far from their 20th-century heyday.

In his book, “Put a Lid on It: The Canning Industry in South Central Pennsylvania,” coming out in 2022, historic preservation Professor Donald Linebaugh takes a side trip from his archaeological digs in the region to explore the rise and fall of metal cylinder-packed food. It takes off with the introduction of the “Sanitary Can” in the 1890s, which kicked canning’s reliance on hand-crafted tin cans with poisonous lead soldering and dramatically increased production and safety.

“As Americans urbanized and people left farms to go into cities, they didn’t have the space and ability to grow the staples they could before,” he said. “At a time when refrigerators and other preservation methods weren’t available, canning meant you could deliver the bounty of the summer harvest 12 months a year.”

Fresh Farm Goods—All Year Long
“Before canning, sweet corn was only available from the middle of July to early September. Everyone ate a seasonal diet,” said Linebaugh. But once farmers were able to preserve their perishable goods in large quantities, and railroads expanded shipping across the country in the late 1800s, everything from corn and tomatoes from Pennsylvania to seafood from the Pacific Northwest became accessible to American consumers.

The Rise of Supermarkets
“We moved from a period of general stores in little towns to the beginning of chain stores in the 1860s and supermarkets” like Kroger and A&P in the early 20th century, Linebaugh said. “These big national companies are making contracts with canning companies to bulk purchase and ship to their stores.” Some even sent their own labels—the first foray into store-branded goods.

A New Role for Women
“Rural canning factories really became one of the few ways that women could work outside of the farm for wages,” said Linebaugh. “It provided a seasonal opportunity to bring cash wages home, and an outlet for them to get out and socialize.” As demand increased, immigrants, like Polish women from Baltimore, also became part of the summer workforce.

Food for the Troops
The world wars “created an incredible demand for food that could be literally shipped around the world for our troops,” said Linebaugh. While previously, soldiers relied on dried foods like hardtack and salted pork that lacked nutrition, starting in the Civil War canned goods provided a more balanced diet. Labor shortages during WWII even brought German POWs into the canning story, as they harvested and worked in factories of the region.