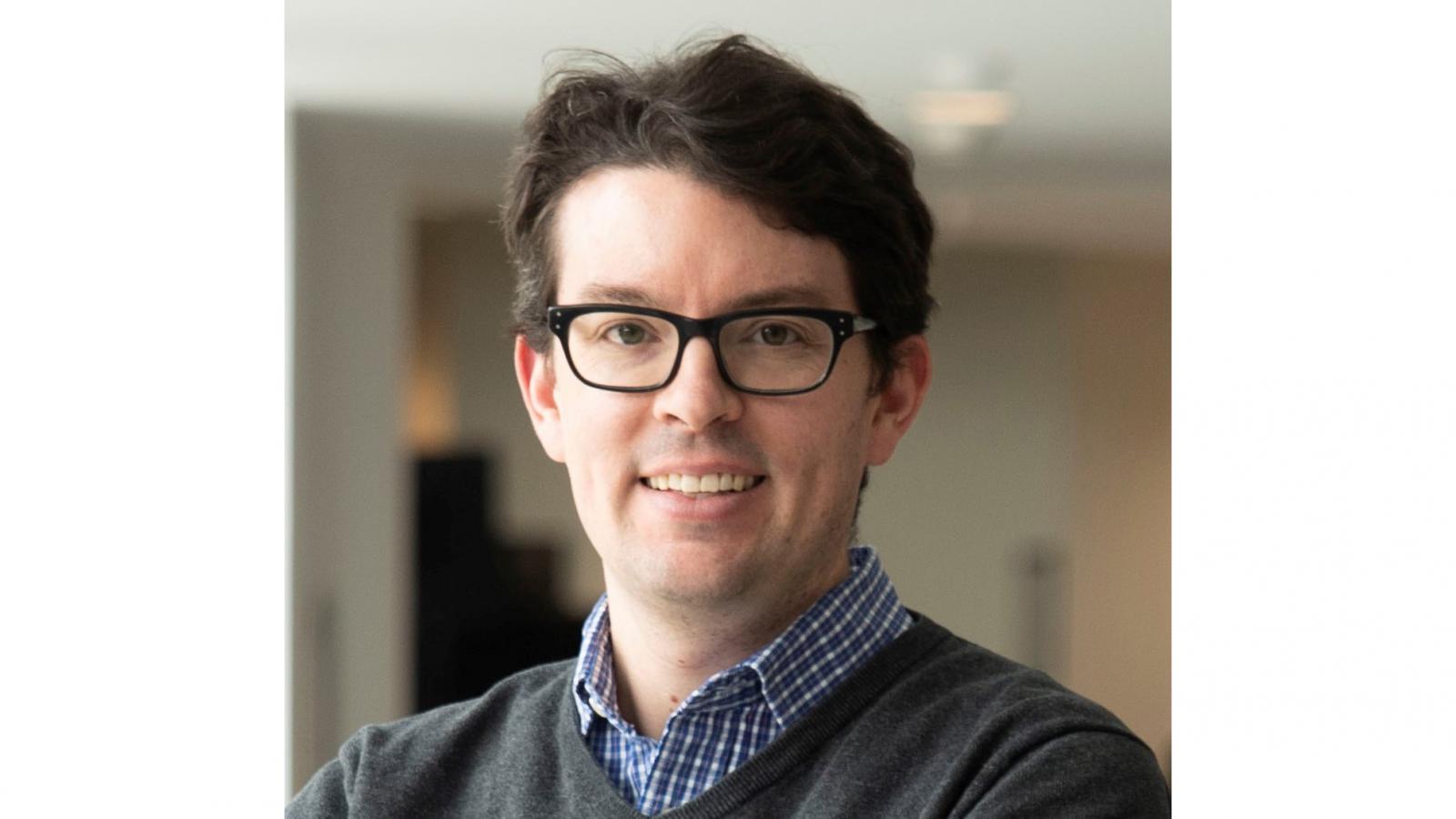 The biggest obstacles in planning vibrant, thriving communities are the things you can’t plan for: economic shifts; new technology; a global pandemic. The ripple effects of life’s uncertainties can impact everything from economies and land use to traffic patterns and employment; and how policymakers respond to them can result in radically different futures.

It is a challenge—and an opportunity—that URSP alum Robert Goodspeed (MCP ’08) has spent years studying, to help regional decisionmakers expect the unexpected. Called scenario planning, it is a technique that can shed light on how uncertainties can shape a city or region’s future.

Goodspeed first caught the planning bug while writing his undergraduate history thesis on urban renewal at the University of Michigan. “In a way, looking at planning’s darkest hour is what launched me on a desire to learn about what the field was like today,” he said. A regionally-engaged urban studies and planning program drew Goodspeed to UMD, which further nurtured an interest in planning technology and methods to shape smart, sustainable communities. After obtaining a PhD from MIT, Goodspeed returned to his roots as an assistant professor of urban and regional planning at University of Michigan’s Taubman College. His teaching and research spans planning tools and technology and scenario planning theory and methods. His new book, Scenario Planning for Cities and Regions: Managing and Envisioning Uncertain Futures (Lincoln Institute of Land Policy, 2020) examines these topics in earnest, using case studies to demonstrate how city planners and agencies are increasingly turning to scenario planning as a first line of decision making.

Despite his affiliation with a Big 10 rival, Goodspeed continues close ties with UMD; he recently authored a paper with long-term collaborator and Research Professor Uri Avin and is writing a chapter on smart cities for a book to mark the 20th anniversary of UMD’s National Center for Smart Growth. Below, Goodspeed talks about the benefits of scenario planning, his latest research and who he’ll be rooting for on the football field this fall:

For the uninitiated, what is scenario planning and why is it such a useful tool? I define scenario planning as a form of long-term strategic planning that creates multiple representations of plausible futures. Using scenario planning in the field is really motivated by two reasons, I think. One is when communities are not satisfied with the current trends on how they’re developing; in the early 1990s and 2000s, regions began recognizing a trend toward sprawling, auto-oriented environments and many cities wanted to redirect their efforts towards smart growth or new urbanist goals. The other reason, though, is to analyze uncertainties, such as whether your city grows, or the effects of climate change or economic shifts. There are some traditional planning methods that involve forecasting, which is trying to predict a single future, and that’s clearly not equipping you to prepare for an uncertain future. This is more about resilience and more about what [UMD Research Professor Uri Avin] and I call exploratory scenario planning, where you are creating multiple scenarios. They’re not necessarily ones you like or want, but they are plausible and can help you think through what the right decisions are today.

Decisionmakers are often working in silos, but what we need to do in planning is look for connections across issues, another strength of scenario planning. My book looks at how scenario planning is applied  to cities and regions in particular, and talks about projects that demonstrate how we can prepare for different levels of economic growth or determine places for new development. Some of the more creative projects that use scenario planning begin to look at social equity or at climate resilience. Other cases have been in transportation planning or a combination of land use and transportation.

What are the challenges surrounding scenario planning? I think one of the challenging things about creating scenarios is that it’s not just one method but rather a family of different methods and approaches. It took a whole book to try and map it all out! In the article Uri and I wrote this past spring, we carefully selected five cases to show some of these combinations in action. The goal there was to provide organizations with ideas and types of scenarios that might be applicable to their projects.

Scenario planning isn’t traditionally something that urban planners utilized. When did this start infiltrating urban planning and informing how cities should be shaped?  Within planning there are many traditional approaches, but the most relevant ones define a single future and build a consensus around it. But the problem with that is you may or may not be able to achieve that future; there’s often not a careful underlying analysis on how you might create it and whether its plausible. On the flip side, there’s forecasting, which is more aimed at seeking a prediction followed by a plan to accommodate the predictive growth; but that’s always been flawed because planning can’t control how much our cities grow or what happens. In a way, if you’re just allowing someone to hand you a prediction, you’re giving up a very important conversation.

In the book, I discuss Herman Kahn, a defense strategist in the 1960s who was very interested in scenarios because during the cold war; they were preparing for really unprecedented possible events, like nuclear war. Corporate strategic planners then developed the ideas further, before they arrived in urban planning.

What’s one of the more interesting or novel examples you’ve seen of an organization using scenario planning that can speak to its versatility? I discuss a project [in my book] conducted by a planning agency in the Albuquerque region called the Central New Mexico Climate Change Scenario Project. One thing they did was analyze where land use development and growth might occur and then looked at how that might be affected by climate change. They realized that under climate scenarios, there would be an increase in precipitation and therefore an increase in flooding, despite New Mexico’s arid climate. They actually identified some places near transit where they were hoping to put development that would be potentially vulnerable to flooding. It doesn’t blow your mind, but it shows the power of scenarios to connect different issues in ways that, unfortunately, don’t often connect.

In a recent interview with the Lincoln Institute, you mention that regions that have never tried scenario planning should start small. What advice do you have for counties managing the uncertainty of the fall and winter? Where’s a good starting point? I think the pandemic has created a political window of opportunity to rethink how long-term decisions are being made. My advice to practitioners would be to start with some very tactical, short-term work but then also use scenario planning to highlight to decisionmakers and the community how things can or should be different in the long term. Uri and I are both involved in something called the Consortium for Scenario Planning, a professional community of both experienced and more novice planners and creators of different technical tools to create urban scenarios, and we really welcome newcomers who want to become immersed in the practice.

Between your new book and a recently released study on Michigan’s eviction rates, you’ve had a busy year. What’s next for you? I’m part of a new project that is a follow up to the eviction study that maps restrictive covenants: historical racially and sometimes religiously restrictive covenants in property records. Although they’re not enforceable, there’s a lot of interest in understanding their prevalence and the role they might have played in shaping current segregation, and really fostering a conversation on what should be done to understand the story and remedy it. My role is to figure out the mapping side and to digitize county property records. Although this project is not focused on planning methods, it connects to my book in the chapter where I discuss how practitioners can promote equity by the way that they structure projects, who they involve and what analysis they do; looking at different dimensions of urban history can really enrich the kind of scenarios and decisions we make today.

What’s been a unique sanity refuge for you during the stay-at-home order? Our vegetable garden is looking really good. We had it before quarantine but now we’ve had more time and energy to dedicate to it and involving our toddler has been a nice pastime.

When college football launches again, who will you be rooting for, Michigan or Maryland? Oh, I have to root for Michigan. I mean, it’s where I did my undergrad and it’s my current employer! But I love that Maryland is part of the Big 10 now so at least we’re all in the same conference.