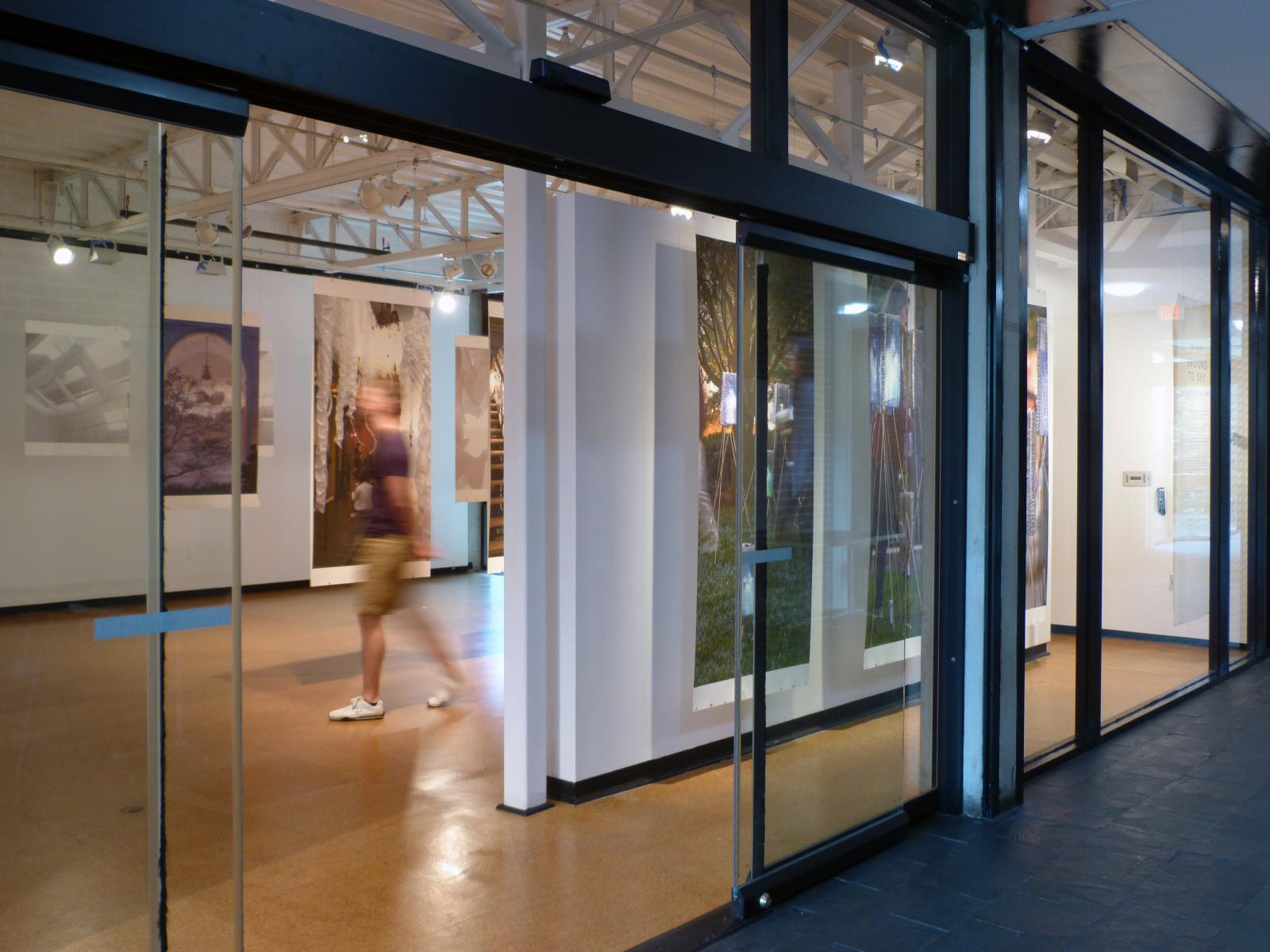 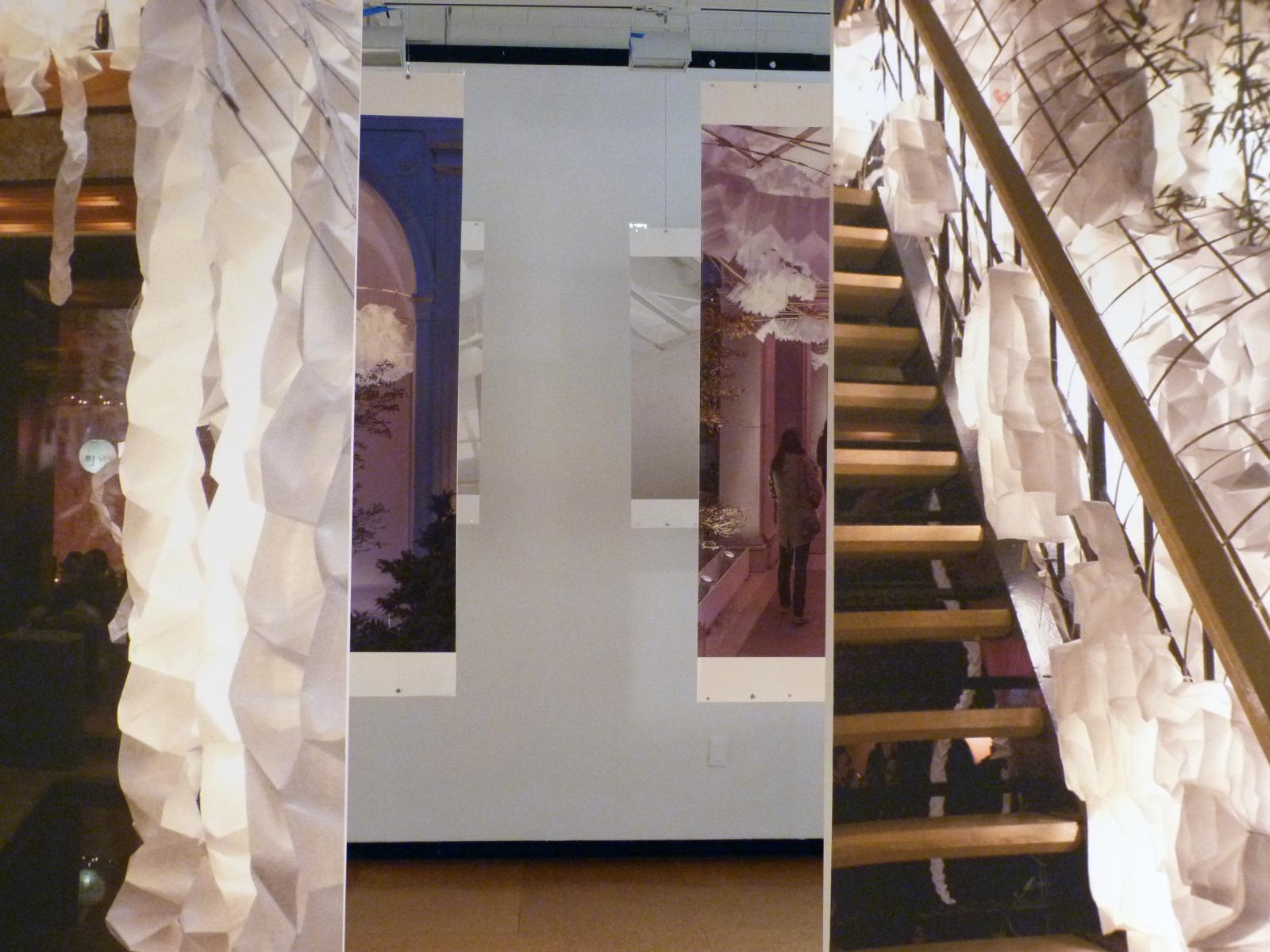 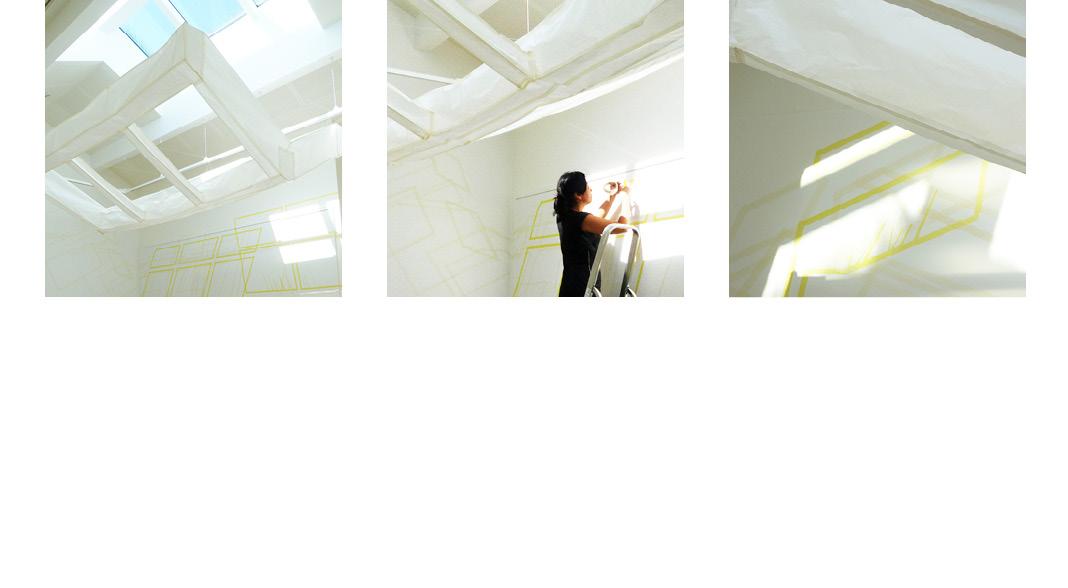 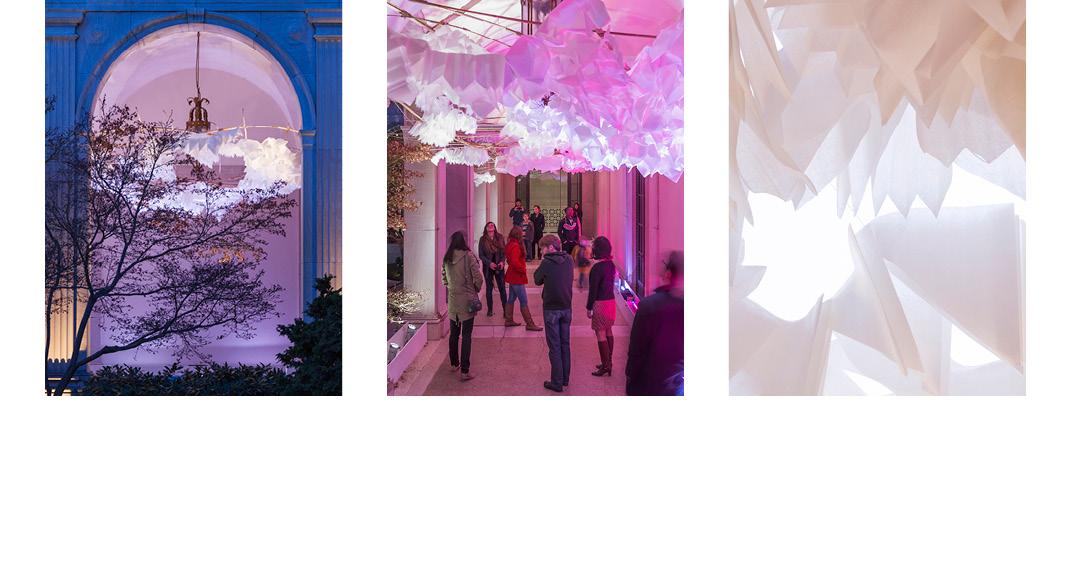 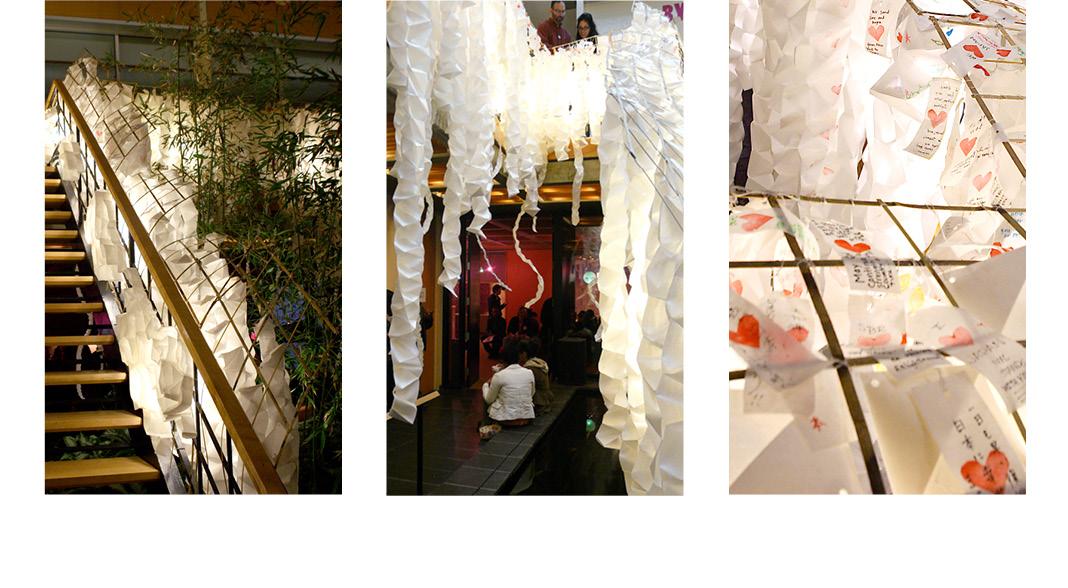 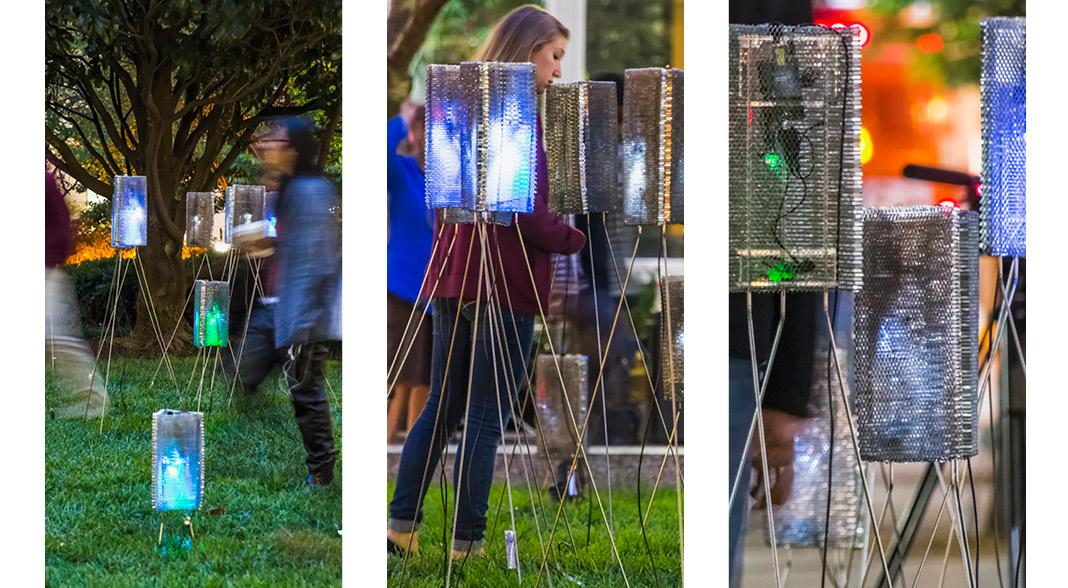 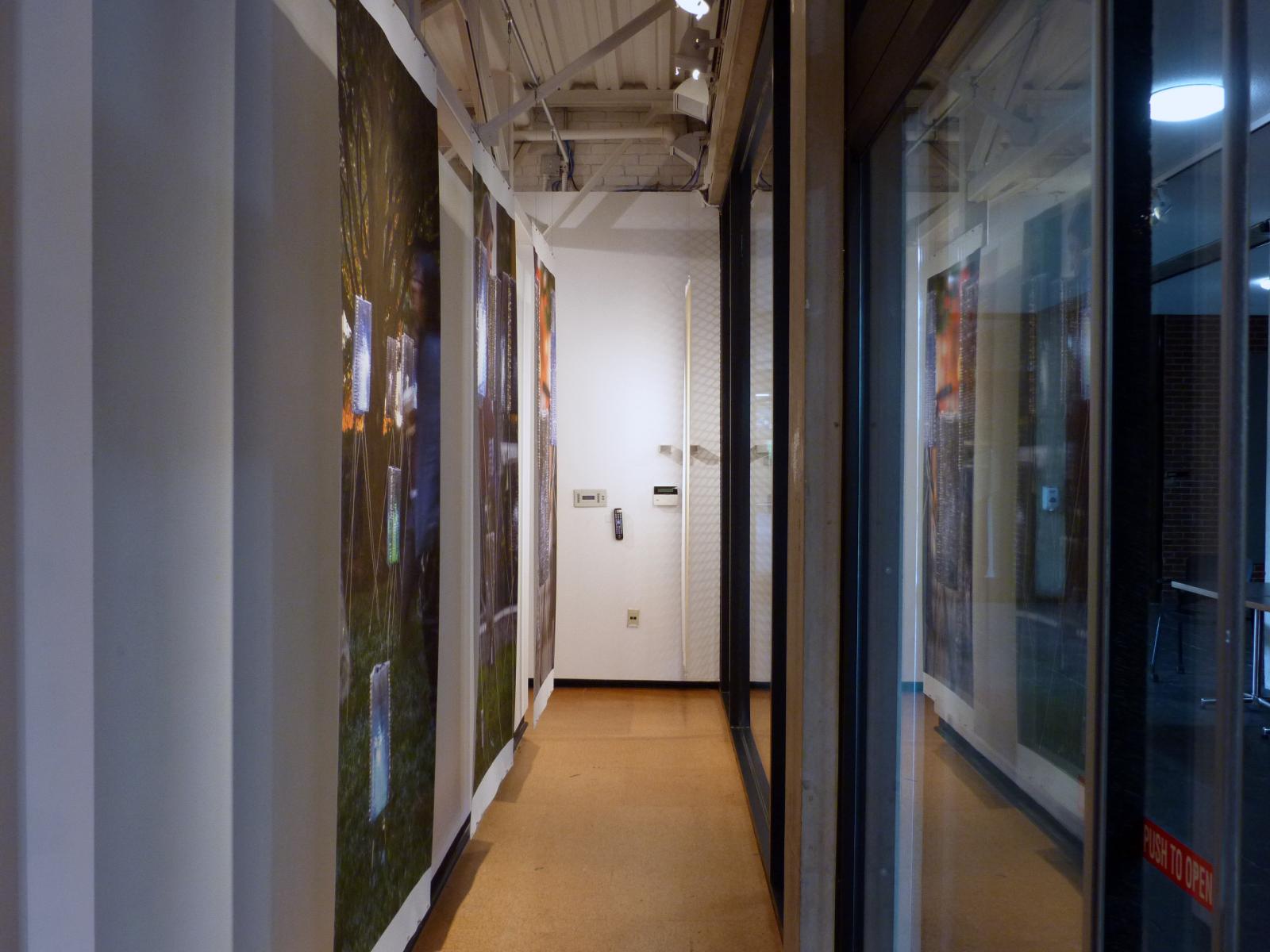 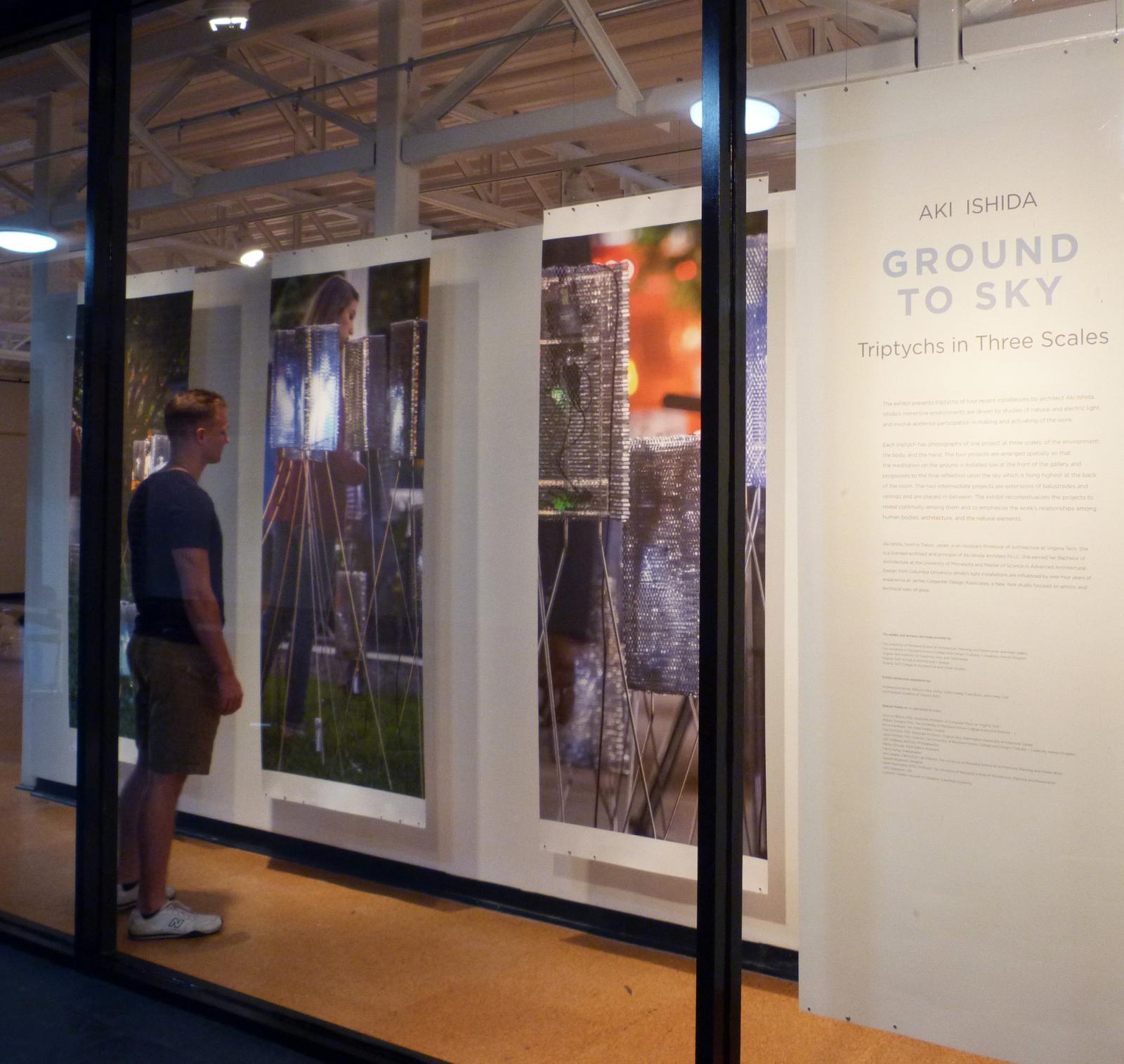 The exhibit presents triptychs of four recent installations by architect Aki Ishida. Ishida’s work is a synthesis of spatial uses of light and her interest in active public engagement of space, and aims to increase the public and student awareness about the artistic and technical potentials of light and sensory environments though transdisciplinary collaborations. The four projects exhibited are Luminous Washi Lanterns at the Japan Society in New York City, Lantern Field at the Smithsonian’s Freer Gallery of Art in Washington, DC, work at Baer Art Center in Iceland, and The Cloud in Ballston, Virginia.

Each triptych has photographs of one project at three scales: of the environment, the body, and the hand. The four projects are arranged spatially so that the meditation on the ground is installed low at the front of the gallery and progresses to the final reflection upon the sky which is hung highest at the back of the room. The two intermediate projects are extensions of balustrades and ceilings and are placed in-between. The exhibit recontextualizes the projects to reveal continuity among them and to emphasize the work’s relationships among human bodies, architecture, and the natural elements.

Since the advent of electric light in our daily lives in the past century, light has been associated with speed, acceleration, and immediacy. Modernist architecture associated light – both natural and electric – with a progressive technological stance. The Futurists championed electric light and used it to depict sense of speed and urgency in their paintings and sculptures. Unlike the pre-industrial age farmers whose workday stopped with sunset, electricity allows our workdays to be extended into the nighttime, resulting in 24/7 hyperactivity. Ishida’s spatial and temporal projects challenge this association of light with speed and examines how light could bring about slowness and immersive attention.

Aki Ishida is Assistant Professor of Architecture at Virginia Tech and the principal of Aki Ishida Architect PLLC, a design practice founded in New York. Prior to forming her firm, Ishida worked at James Carpenter Design Associates, Rafael Vinoly Architects, and I.M. Pei Architect. Her work has been supported by grants from the Japan Foundation, the Graduate Kinne Fellowship from Columbia University, Stewardson Keefe LeBrun Grant from the AIA New York Chapter, and fellowships from Baer Art Center and The MacDowell Colony. Her work has received national and international awards, including a 2013 A|L Architectural Lighting Award and a 2014 Core77 Design Award. Ishida holds a BArch from University of Minnesota and a MSAAD from Columbia University.